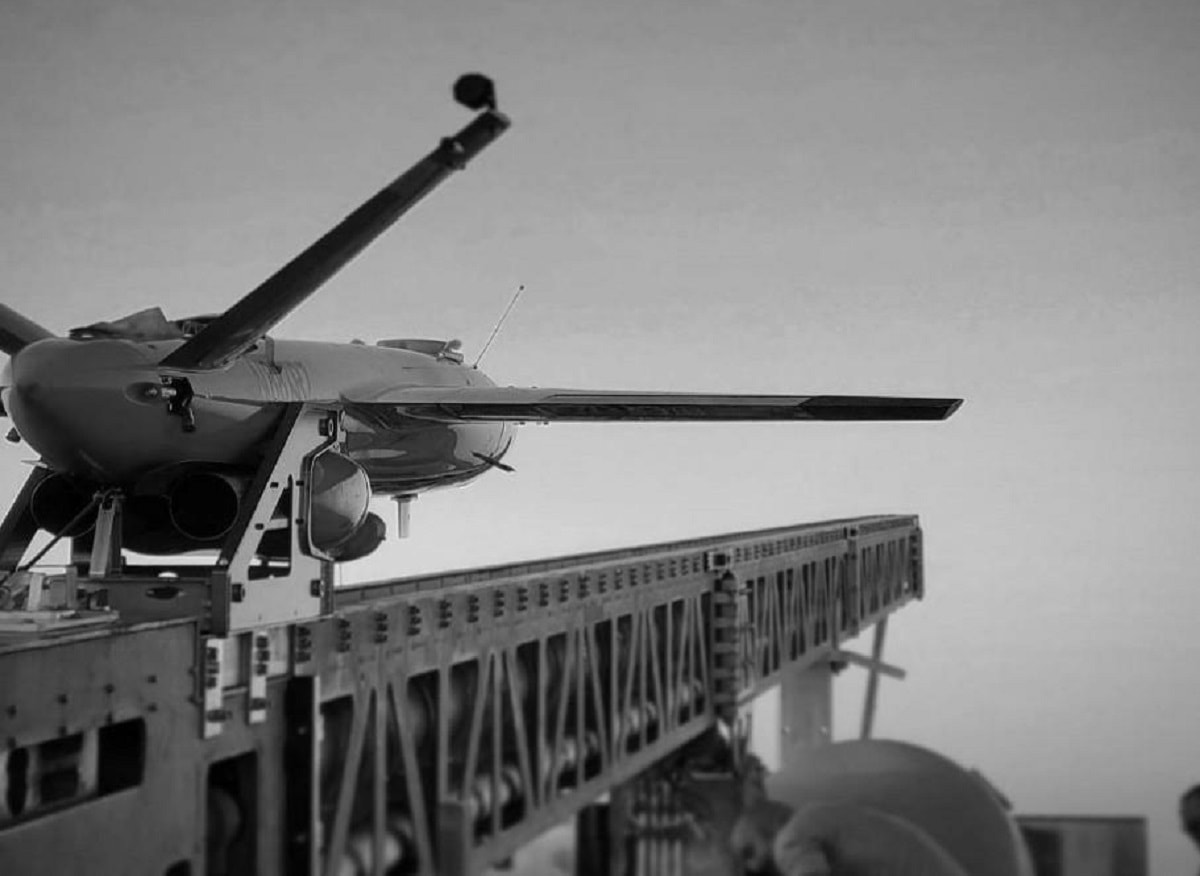 It’s the companies smallest, most light-weight drone yet.

Kratos, the drone maker of several notable unmanned aerial vehicles, announced the first flight of their newest drone, which the company named the Air Wolf Tactical Drone System, a lightweight drone smaller than the company’s other drone offerings.

The company also released a single photo of the Air Wolf’s rear aspect before launch, along with the statement.

The Air Wolf appears to be similar to Krato’s MQM-178 Firejet, the company’s smallest unmanned aerial target. Kratos has built an unmanned tactical aircraft from a target drone before: their UTAP-22 Mako came from the company’s BQM-167 target drone, a visually similar platform.

The MQM-178 and the new Air Wolf are launched using a catapult system that rapidly accelerates the aerial vehicle before launch. A video of an MQM-178 launch can be seen here and is worth the watch.

“This successful Air Wolf flight at the recently approved Burns Flat Range facility is the latest example of the teaming approach Kratos routinely takes with its partners at the local, state and federal government levels with the objective of accelerating technology development and a focus on science, technology, engineering, and math advancement,” the President of Kratos Unmanned Systems Division explained.

Though perhaps not as impressive as the stealthy Valkyrie, the Air Wolf expands the company’s portfolio of unmanned aerial vehicles on the cheap and may help Kratos further integrate with the United States military.