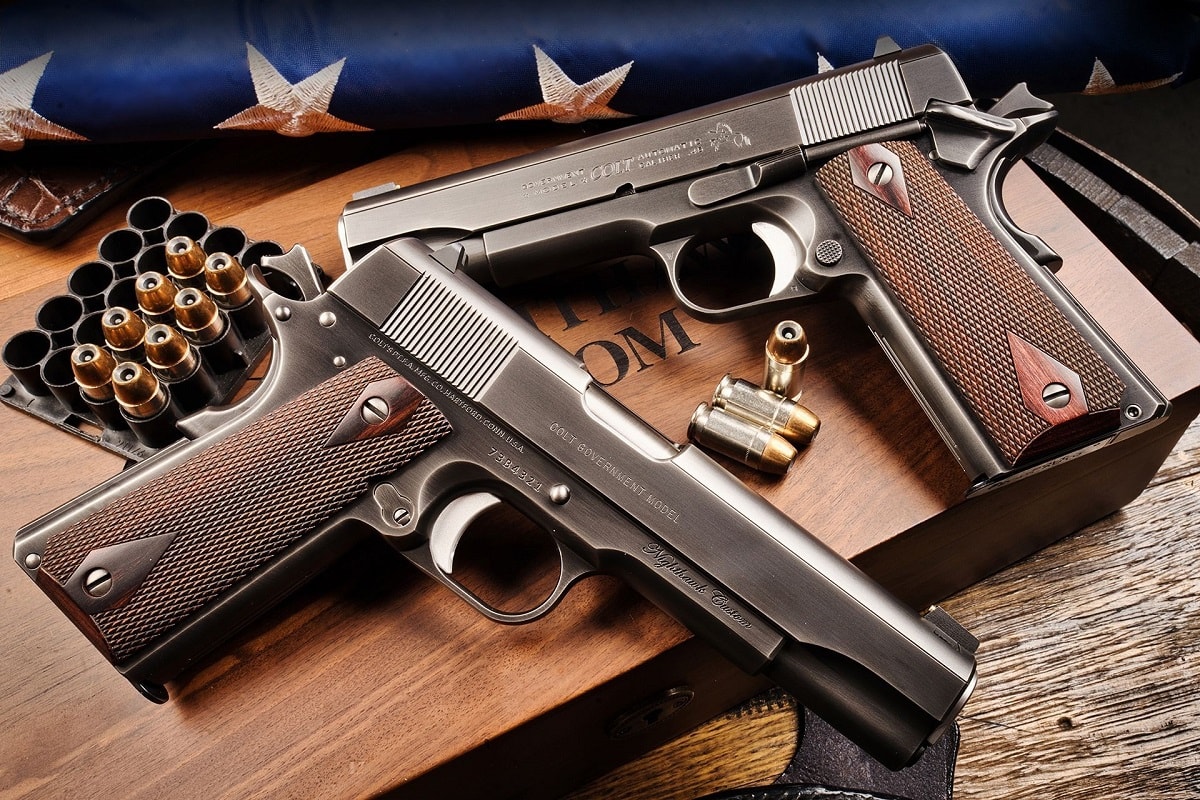 Throughout history, weapons have been designed to inflict damage upon the enemy while leaving the user unharmed. However, there have been some infamous cases where a firearm simply wasn’t up to the task. Such was the case of the Colt M1892 revolver. It was the first general issue double-action revolver with a swing-out cylinder for use throughout the U.S. military.

Chambered for the .38 Long Colt cartridge, the six-shot revolver had a muzzle velocity of 750 feet per second and it performed well in the Spanish-American War. One was even carried by then Lt. Colonel Theodore Roosevelt, who led his Rough Riders during the famed charge up San Juan Hill on July 1, 1898.

However, just a year after that infamous combat action reports came in from the other side of the world that the weapon lacked the necessary stopping power. In the Philippines, the United States military faced an insurgency of Filipino nationalists but also a rebellion from the indigenous Moro peoples. In the latter campaign, which was to last for nearly two decades, U.S. soldiers found themselves facing a fanatical enemy of Moro “Juramentados” who would take part in suicidal charges armed with swords and spears.

U.S. soldiers had just mere seconds to stop an onrushing attacker or be killed. It wasn’t uncommon for the Moro warriors to be shot multiple times, and there are plenty of accounts of a dead Moro with six bullets in his chest lying next to the corpse of a mutilated U.S. soldier holding his empty Colt M1892 revolver.

The British and French had each faced colonial rebellions and understood the need for a “harder hitting” weapon, and it was clear that was what the United States needed as well.

Prolific American firearms designer John Browning, who was working for Colt Firearms, developed both the right handgun and a new round. The .45 Automatic Colt Pistol (ACP) and Colt 1911 pistol proved more than adequate when it was field-tested during the latter stages of the Moro Rebellion.

The weapon proved cheap to make, weighed just three pounds and carried a magazine of 230-grain bullets that provided twice the stopping power of the .38, while it could be fired more quickly. Where it took some eight seconds for a soldier to aim and fire five shots from the .38, a trained soldier could arm and fire eight shots from the new semi-automatic handgun in just six seconds. Its velocity of 800 feet per second was also equal to one-third the velocity of the rifles in service at the time.

The weapon was officially adopted by the U.S. military on March 29, 1911 and until 1986, the weapon known as the Colt M1911 – also the Colt Government or simply ‘Government’ – became the standard-issue sidearm of the United States Armed Forces. It saw use with Gen. John Pershing’s expeditionary force in Mexico in 1916, and was the sidearm carried by Sgt. Alvin York during the First World War. After emptying his rifle, he used his Colt M1911 to successfully take out a German machine-gun nest on Oct. 8, 1918.

The John Browning-designed .45 caliber handgun was everything a soldier like York could want, but in addition to being one of the longest-standing military sidearms, the M1911 proved to be a reliable weapon for law enforcement (and was liked by criminals like John Dillinger). While it was also among Browning’s best accomplishments it is always remembered as a Colt M1911.