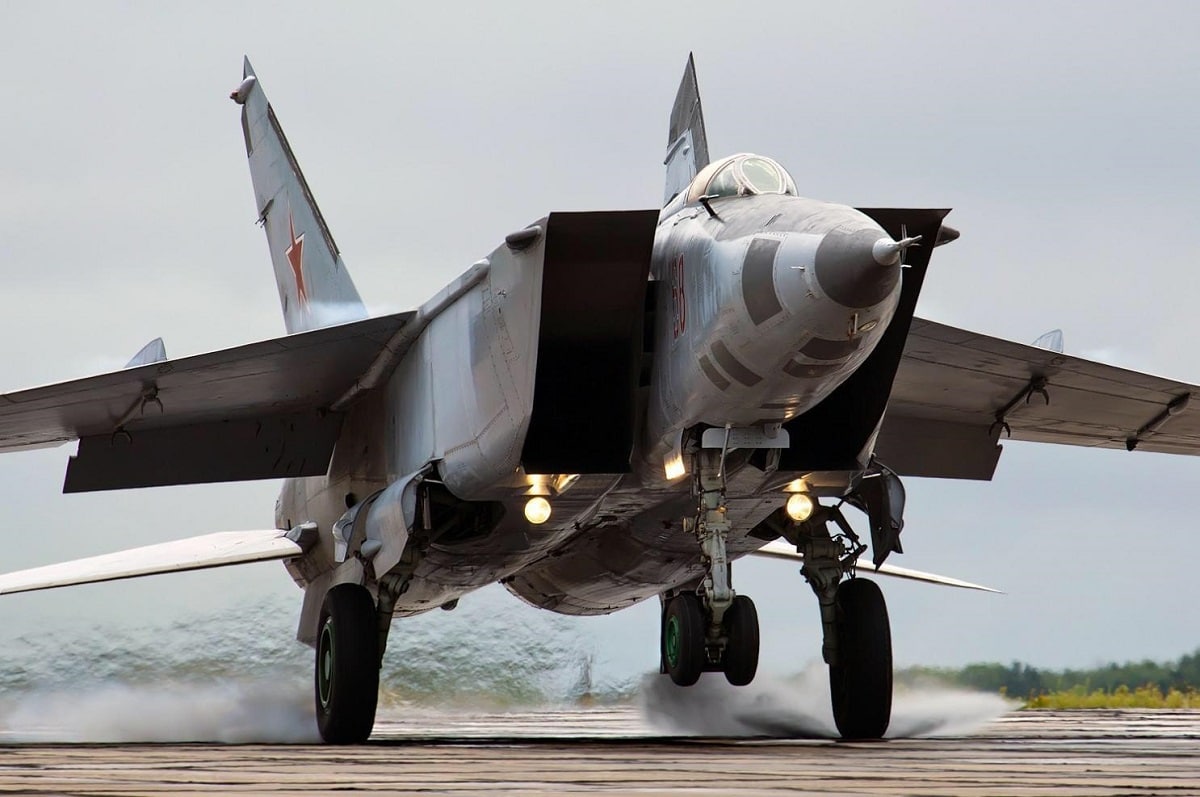 There is no question that Western countries, particularly the United States, took notice when the MiG-25 Foxbat first emerged out of the Soviet Union during the peak of the Cold War.

The MiG-25, designed by the Soviet Union’s Mikoyan-Gurevich bureau, is a supersonic interceptor and reconnaissance aircraft that is among the fastest military aircraft ever to take to the skies. When it first entered service in 1970, the Foxbat was considered the fastest combat aircraft on the planet—as it could reach Mach 3.2.

“The MiG-25 Foxbat was a real eye-opener for western allies, very few expected Russian aircraft designers could produce anything quite so fast,” wrote one expert on HotCars.

“The MiG-25 remains one of the most fascinating aircraft of all time, no other interceptor since has pushed performance to such extreme levels,” he continued.

There were, however, pretty noticeable design limitations to the aircraft. For example, in place of lightweight titanium, the plane was mostly made of nickel-steel that contributed to the MiG-25’s conspicuous bulkiness.

“Fast it may have been, but agility suffered as a consequence, with a maximum 2.2g load under acceleration. The same agility liming weight also reduced its effective combat range to a mere seven hundred forty-four miles at subsonic speeds, at best combat effectiveness would be restricted to quick dash and intercept sorties before returning to friendly airbases,” the expert noted.

“Getting off the ground takes huge amounts of thrust, with two-engines MiG-25 would struggle with its fully loaded eighty-one thousand pounds bulk, this is where afterburners come in handy, adding more power for both take-off and supersonic speeds. Getting off the ground requires two Tumansky RB15B-300 turbojets delivering a combined forty-five thousand pounds of thrust and twelve hundred meters of tarmac, the Foxbat making use of re-heat to reach its minimum take off-speed of one hundred eighty mph,” he added.

With such a hefty load, it’s not surprising to hear that it needs plenty of fuel. “With its main tanks brimmed, adding as much in weight as the aircraft itself with thirty-three thousand pounds of aviation-grade K-60 fuel giving a range of nine hundred thirty-five miles depending on throttle setting,” the site said.

In order to keep the aircraft from overheating due to extreme speeds and altitudes, “a cooling solution was devised, the MiG-25 using around two hundred liters of 98 percent proof alcohol per sortie to cool its vital electronics.”

In addition, although the MiG-25 just may have been the fastest interceptor when it first debuted, “it was lacking in one area that limited its deployment to interceptor and reconnaissance roles. The same design brief for speed also limited Foxbat’s combat capabilities, with weapons configurations severely reduced to a meager four external hardpoints.”

But even with a limited number of hardpoints, the aircraft’s “sorties typically flew with four AAM short-range missiles of the R40/R60/R73A variety with a similar operational ability to the west Sidewinder platform.”