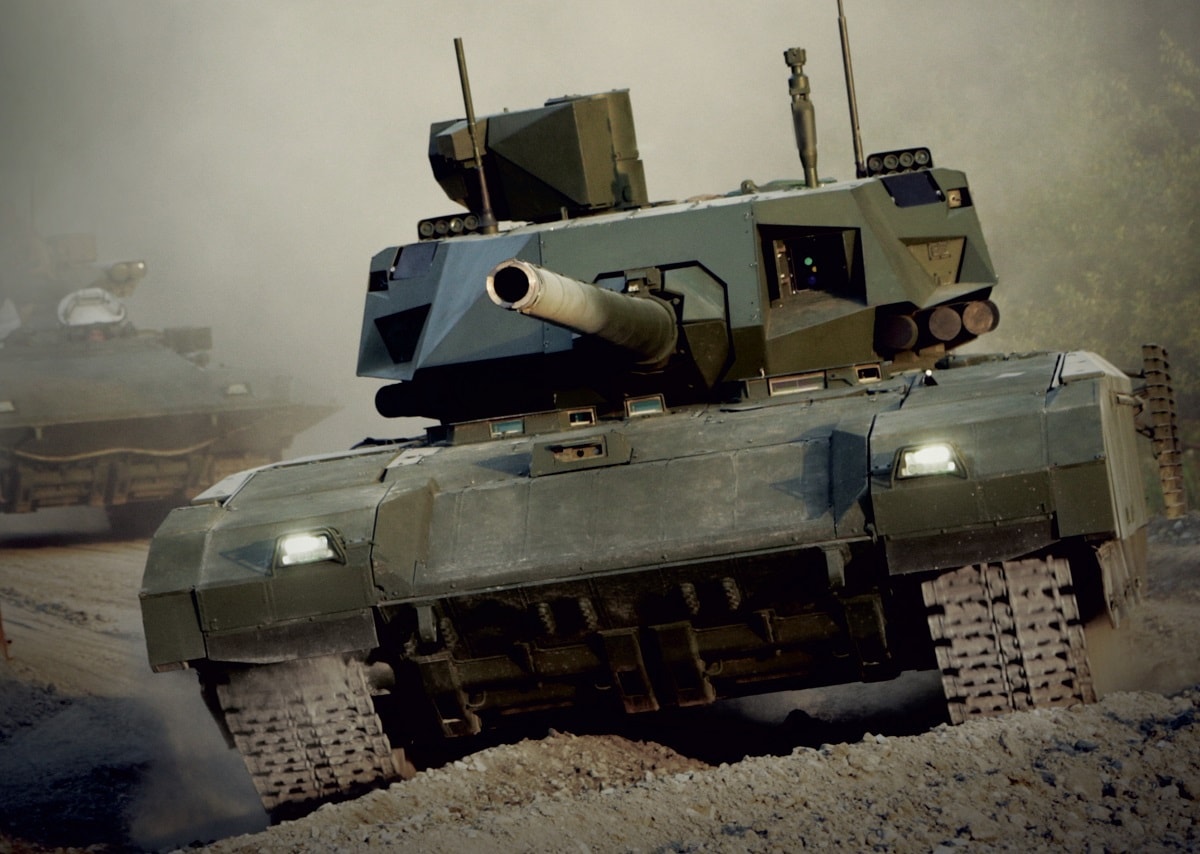 Russia’s much-ballyhooed T-14 Armata main battle tank has its charms, but it may not change the way Russia fights in tank-on-tank engagement.

The T-14 Armata is indeed an improvement over other tanks in the Russian arsenal with many upgraded features and specifications. But the Armata program has been delayed, even though Russia’s government propaganda organs have claimed it was deployed in Syria in 2020. Since there have been so few of the new tanks in action, it remains to be seen how much it will transform the way Russia will fight in armored warfare.

How Many T-14s Are Actually Ready for Combat?

Russian spokesmen have sent contradictory messages about the number of T-14s in service. The new tank was first unveiled in 2015 at a military parade with much fanfare. Then the Russian military announced that it would produce 2,300 T-14’s by 2020. But news about the T-14 became mysterious after that. The program endured a myriad of delays and cost overruns. Then there were reports that 20 T-14s were delivered for testing, while 80 more would be sent to line units. Now the tank may not enter into production until 2022 and only 20 T-14s will be available later this year.

A Russian military commission has said that the T-14 will be used to “practice and improve combat employment tactics.” The Russians have also bragged about new tactics their armor branch has perfected in Syria, such as revolving tanks in a circular motion to volley fire non-stop, using “sniper tanks” behind protective sand berms, and rotating tanks between trenches. But critics have said these maneuvers are hardly revolutionary and have been used by many armies since World War Two.

The fourth-generation T-14 Armata is certainly impressive. It has a lower silhouette making it more difficult to target. The tank has better modular armor made up of an amalgam of steel and ceramics. It has added protection against anti-tank rockets and RPGs. It can travel up to 55-mph. Unlike other tanks, the three-person crew is isolated from the turret for better survivability of personnel. It has improved targeting and tracking systems that are reportedly based on artificial intelligence. The tank has innovative wide-angle cameras for a 360-degree view for target acquisition. The 125-mm gun can autoload. The T-14 is the first vehicle to be mounted on the Armata universal combat platform. There will also be a T-15 heavy infantry fighting vehicle and T-16 armored recovery vehicle, plus other armored vehicles mounted on this platform.

It is difficult to trust what the Russian military says about this tank. It is doubtful that the new vehicle was deployed in Syria in 2020. If it did enter the Middle East theater, it probably did not see any combat action. The Russians have also boasted about new armored tactics developed in Syria that the T-14 would be expected to execute. However, tank experts are underwhelmed by these “new” tactics.

The T-14’s gun may be better than that German Leopard 2. That may make NATO take notice. Meanwhile, the American M1 Abrams tank program has not sat idle during the T-14 development. New Abrams variants will have laser rangefinders, color cameras, and laser warning receivers. So, the delays to the T-14 have allowed the Americans to catch up and both tanks will still have to continually speed up the way they identify and destroy targets, as well as improving the manner in which they shoot, move, and communicate.