The new Tuo Chiang-class corvettes are swift, stealthy, and deadly.

A Threat to the PLAN?

During a christening event that saw Taiwan’s second Tuo Chiang-class corvette enter service with the Republic of China Navy, Taiwanese President Tsai Ing-wen said that the corvette “proves that on the path to becoming independent in national defense, no matter what difficulties arise, we can overcome them one by one.”

The class are fast, multi-mission ships that have several features that help in mitigating their radar signature. Capable of sprinting at 45 knots thanks to a wave-piercing catamaran hull design, the two ships would rely on hit-and-run tactics to harry Chinese ships headed toward Taiwan rather than take on a Chinese armada face-on.

The ship’s structure is quite rounded and smooth compared to other similar corvettes and helps minimize radar-bounceback. In addition, the ship’s exhaust is cooled to reduce their infrared signature and the threat posed by heat-seeking munitions. As a result, it is unlikely that the ships would be undetectable. However, these design considerations would greatly help blend into background “chatter” or movement detected by radar and help the ships blend into their surroundings.

The ships are heavily armed and sport several indigenously-made anti-ship missiles, anti-air missiles, close-in weapon systems, torpedo launchers, and a 3-inch deck gun. Aft, both corvettes also have a small landing pad, presumably for a helicopter of some kind. As a result, some have called them carrier-killers, capable of taking down the largest warships in existence.

If reports hold true, Taiwan will be able to field five more of the Tuo Chiang corvettes by 2023, bringing the total hulls to 7.

Although China considers Taiwan a renegade Chinese province, the two countries have functioned independently since 1949 and the end of the Chinese Civil War. Still, China officially claims that it would like to reunify with Taiwan peacefully. However, rhetoric from the Chinese leadership and the clear goal of recent Chinese military exercises point to a willingness to use force if necessary.

Tuo Chiang-class corvettes are not invincible; there are, after all, only two of them. On their own, they would clearly not be able to stop a Chinese invasion fleet from sailing right up to Taiwan’s beaches; the odds are just too lopsided in China’s favor. However, what they would do is raise the cost to China and alter the calculus of an invasion. And with five more on the way, China may take serious note of the Tuo Chiang-class corvette. 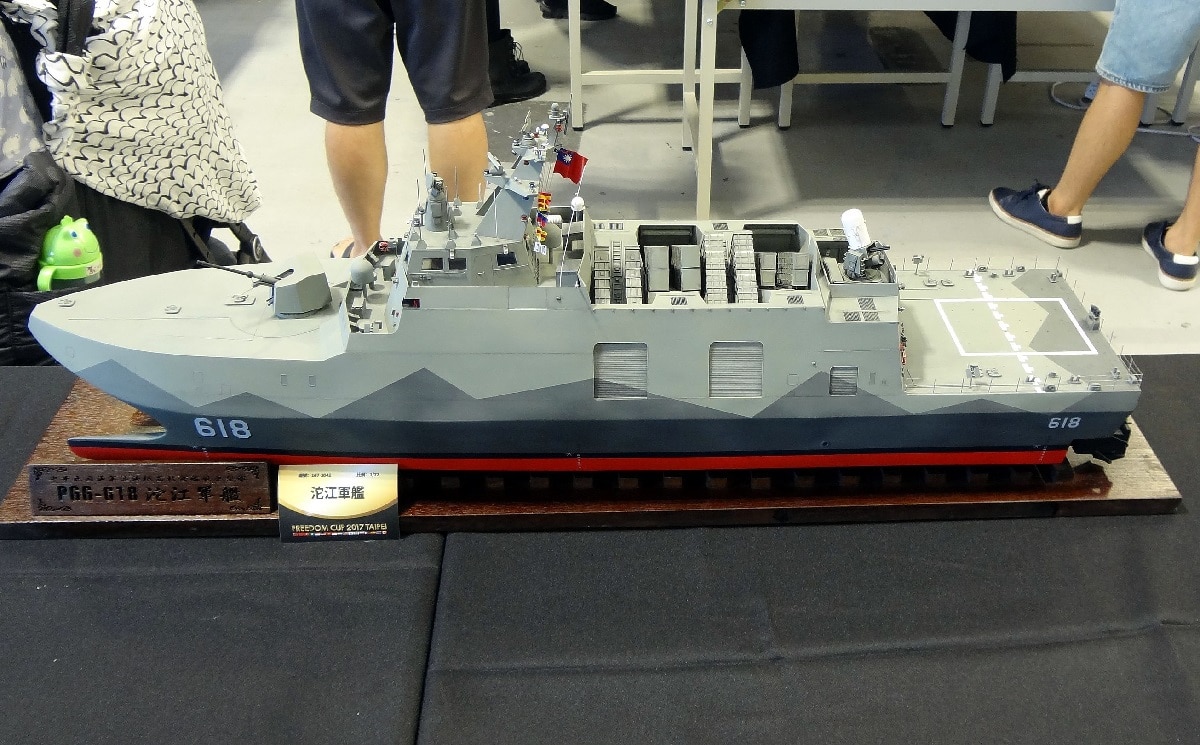