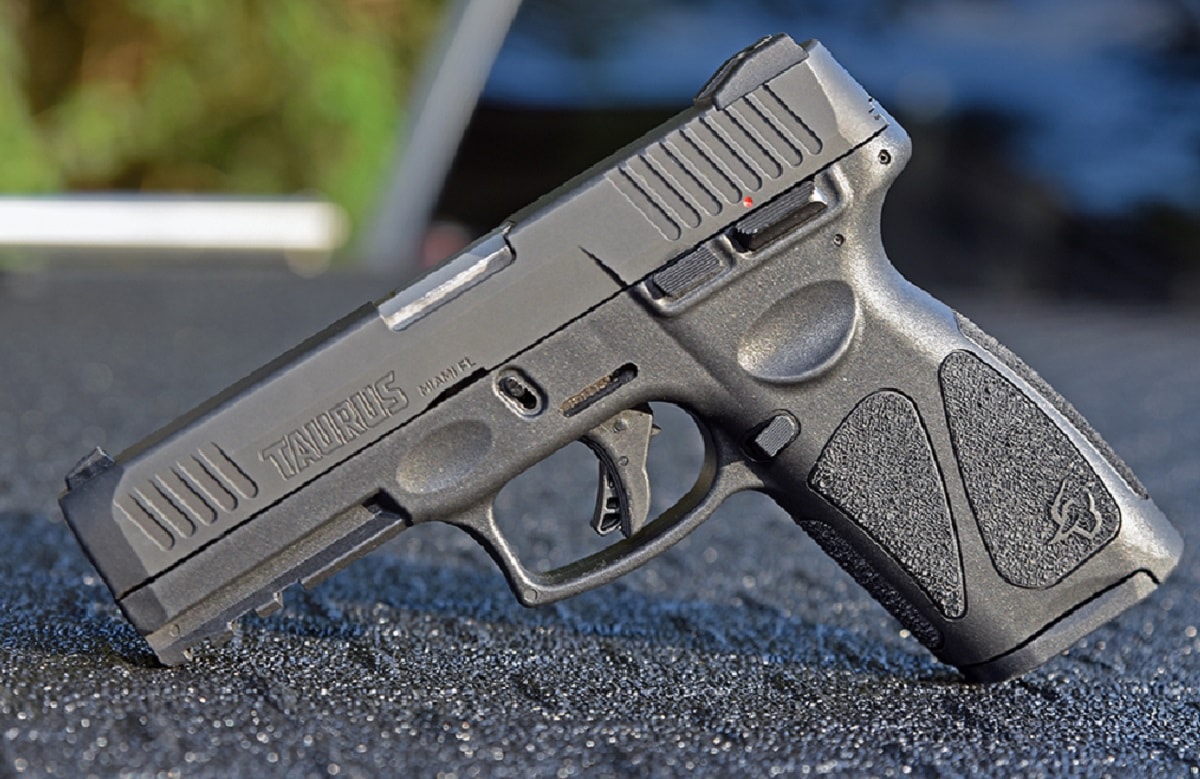 Brazilian gun manufacturer Taurus first muscled its way into the saturated everyday carry (EDC) 9mm handgun market with the G2c, a compact pistol that offered comfortable ergonomics and reliable performance at a highly competitive price. Taurus is now looking to follow up on the success of the G2c with their newish G3, a full-sized offering that retains its predecessor’s budget-friendly price tag while offering a few design tricks that help it stand out from the rest of the 9mm EDC pack.

Frequently sold at or close to the $200 bracket, Taurus sought to prove with the G2c that affordability need not not come at an unacceptable tradeoff in performance reliability. The G2c also marked a crucial step in the company’s efforts to restore brand confidence on the heels of an unintentional discharge lawsuit concerning several models in its Millennium handgun line, generating a wave of consumer goodwill that paved the way for a largely positive reception of its TX22 sporting pistol chambered in the .22LR caliber. The G3, which came out late this summer, thus has a lot to prove for its modest suggested price of $350—and it largely succeeds.

The G3 comes in the same unassuming full-polymer profile of the G2c, which is also typical to most handguns in the budget 9mm EDC class. The polymer construction not only drives down costs, but makes the gun sufficiently light for prolonged concealed carry outings at a respectable 25 ounces, comparable to the prolific Glock 19. In another nod to its concealed carry roots, the G3 comes with uniform beveling along the front and back of the slide. Other features include low profile drift-adjustable rear sights, picatinny rail, and a striker block to prevent the gun from accidentally discharging if dropped. Unlike some other handguns in Taurus’ catalog, the pistol offers little by way of model variety; at the time of writing, every G3 is chambered in 9mm Luger, boasts a 4-inch barrel, and comes in polymer matte black. Capacity is the only customizable feature, with the G3 being offered in 10, 15, and 17-round variants.

But what about performance? Is the G3 really, in quoting Taurus’ promotional video, “as easy on the draw as it is on the wallet?” In spite of its budget pricing, the G3 offers double strike capability—the G3 can simply restrike the primer with another pull of the trigger if the primer fails to ignite, which saves time over “tapping” the magazine and cycling a fresh round into the chamber. The G2c’s most serious and widely recognized performance drawback was the stark “catch” when pulling the trigger, caused by the way that the trigger blade safety is designed. The G3’s 6-pound trigger is a thorough improvement over its predecessor, with a crisper break and smoother take-up. The trigger could still use some further tweaking, particularly concerning its long take-up, but this is a minor shortcoming in the overall context of how smoothly and reliably the G3 performs for a $350 striker fired handgun.

Taurus had large shoes to fill in designing the successor to the acclaimed G2c at the same low price point, but fill them it did. Those looking for a general-purpose, EDC, or home defense full-size 9mm handgun in the $400 or less category can do much worse than the G3.