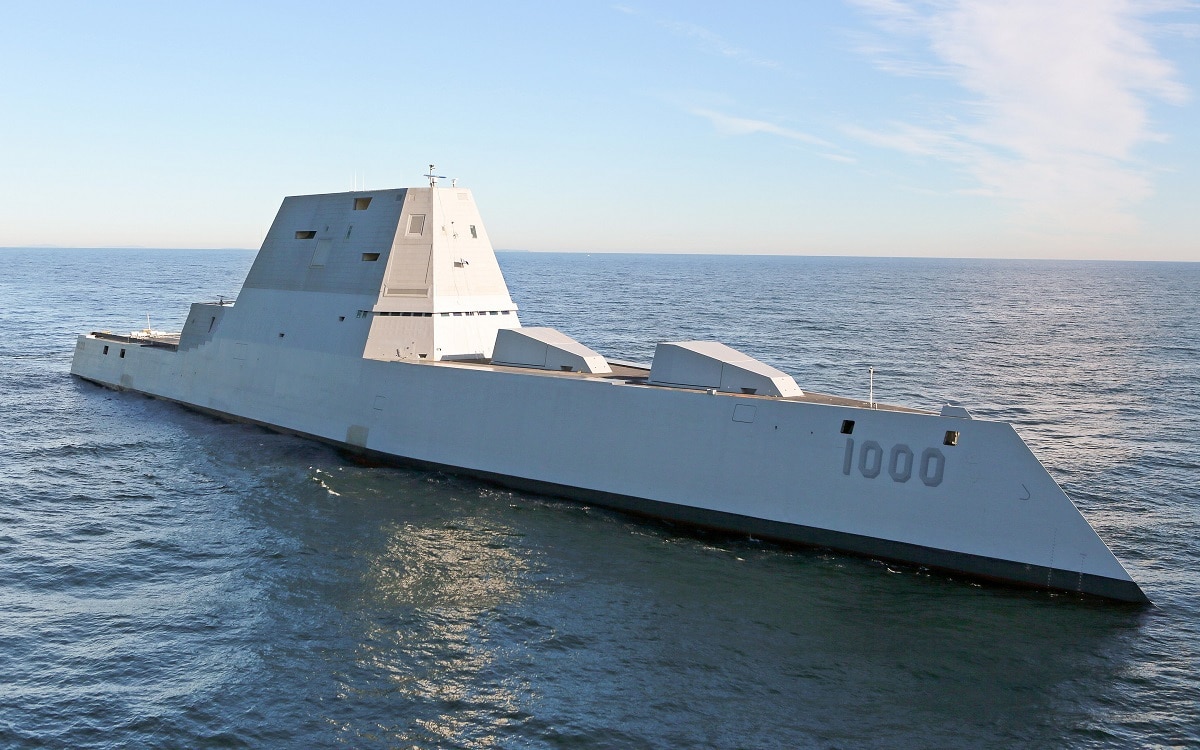 The Navy is taking a different tack with the USS Lyndon B. Johnson, opting for more Arleigh Burke-class guided-missile destroyers first. Nonetheless, the new stealth destroyer may enter service with no large weapons platforms to defend itself.

Last of Its Kind

The U.S. Navy’s third and final Zumwalt-class ship, the USS Lyndon B. Johnson, will soon have its combat system activated after completing basic sea trials. The shipbuilder will do further work on the ship’s onboard electrical system before the ship is finished.

“For DDG-1002 [the last Zumwalt], the Navy changed its delivery plan over the past year. According to the program manager, instead of taking custody of the ship from the builder’s yard and completing the combat system at Naval Base San Diego, the Navy is now planning to contract with a private shipyard to install the combat system and will not take delivery or commission DDG-1002 until it is fully complete,” stated a GAO report on major acquisition programs, reported on by USNI News.

“The program manager stated that this new approach may result in additional schedule delays; however, it will free up valuable pier space in Naval Base San Diego and enable the Navy to avoid moving the crew onboard DDG-1002 until it is ready to operate. The program manager identified the change as a response to lessons learned from DDG-1000 and 1001—specifically, that completing combat system activation and final construction is complicated by onboard crew, in part, because access to spaces is more constrained.”

Useless Guns, But Lots of Electricity

One of the most important components of the Navy’s Zumwalt-class is the ship’s power generation system, which, compared to other ships, generates huge amounts of electricity. The emphasis on electrical power output, in theory, gives the Zumwalt’s the flexibility to power a variety of weapon systems in the future. For example, one proposed weapon that would have been a first on an active-duty U.S. Navy warship was an electromagnetic rail gun, a very energy-intensive electrically-powered weapon. However, the weapon was ultimately not incorporated into the ship.

Although this delivery scheme will very likely delay the last Zumwalt’s introduction into Navy service, it will allow work to continue on the Navy’s Arleigh Burke-class guided-missile destroyers.

One of the glaring failures of the Zumwalt-class is the platform’s Advanced Gun System which sought to arm the ships with very long-range 155mm naval artillery guns. Though several systems are installed on the Zumwalt ships, the guns are essentially neutered as they lack ammunition.

Ammunition and weapon system debacles aside, the Zumwalts may ultimately be armed with a hypersonic weapon, possibly the Navy’s Common Hypersonic Glide Body. If integrated into the class, the Zumwalt’s will have come full-circle: from a naval fire support platform designed to support forces onshore to a blue water strike platform.