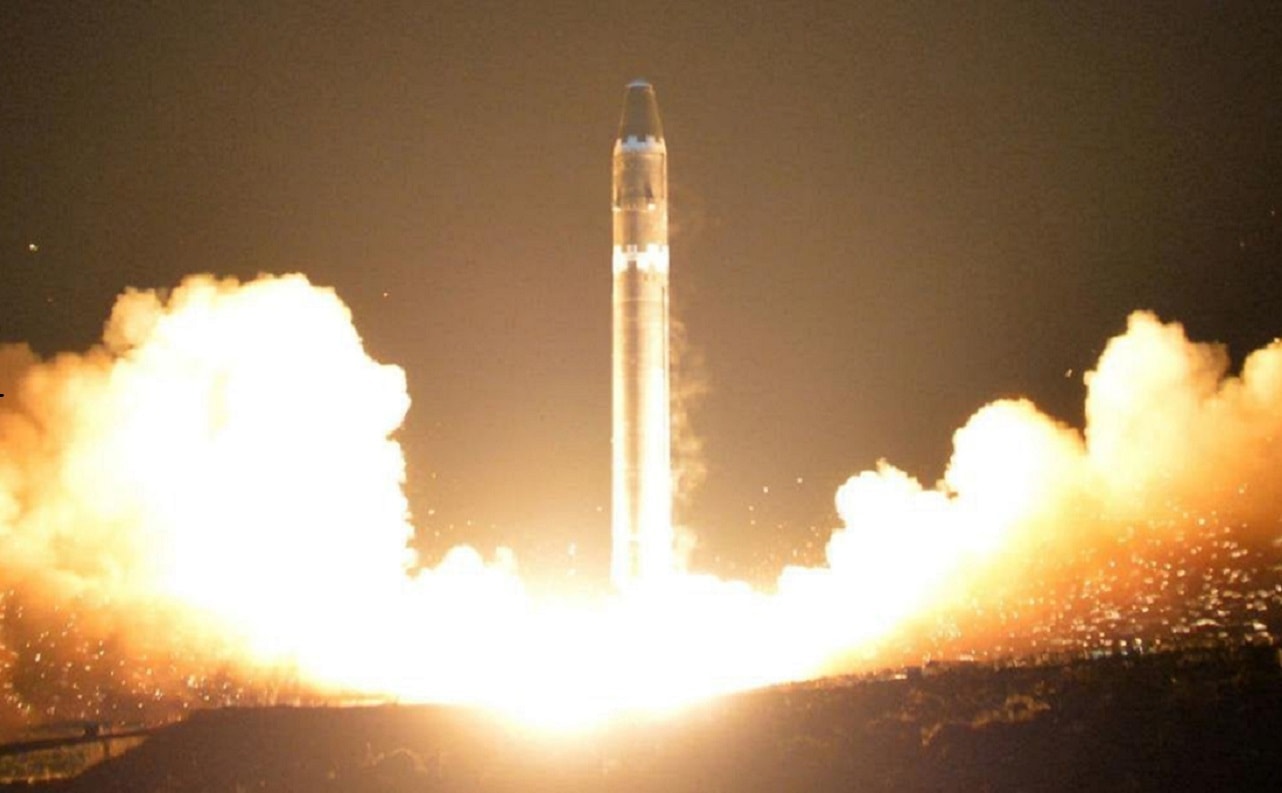 A recent flight test highlights the GMD’s strengths, though many questions remain.

“This was the first flight test of the new selectable stage booster configuration in two-stage mode,” MDA Director Vice Admiral Jon Hill said in the MDA release covering the event.

“The system worked exactly as it was designed to do, and the results of this test provide evidence of the greatly increased battlespace the selectable booster brings to the Warfighter,” Vice Admiral Hill added. “The Ground-Based Midcourse Defense system is vitally important to the defense of our homeland, and this test demonstrates that we continue to provide enhanced capabilities for our existing Ground Based Interceptor fleet while we rapidly design and deliver the leap ahead technology of the Next Generation Interceptor.”

Effective… To a Point

The Ground-based Midcourse Defense system is one of the United States’ most significant pieces of the American anti-missile defense puzzle, designed to defeat intercontinental ballistic missiles (ICBMs) via hitting them out of the sky. There are currently about 44 missile interceptors in underground silos throughout Alaska and California. The system is designed to defense against missiles from nations like North Korea and other rogue actors. A missile attack from say Russia or China would easily overwhelm the system due to the amount of incoming warheads.

Although the Ground-based Midcourse Defense system sounds perhaps like a magic bullet, the system is not as effective as its proponents would like.

Though some sources — including former President Donald Trump — have claimed GMD has a 97% success rate, that number reflects the success a volley of GMDs would have against a single incoming ballistic missile under ideal conditions rather than the effectiveness of a single GMD. Moreover, the system’s actual single missile effectiveness is significantly lower, at 56 percent.

The crux of the problem is two-fold. First, while some of the United States other anti-missile defenses like Terminal High Altitude Area Defence (THAAD), the land-based Patriot system, or the United States’ sea-based Aegis missile defense system are considered accurate and effective, those systems generally are useful against slower-moving missiles from shorter distances than the type of long-range targets the Ground-based Midcourse Defense system is calibrated to defeat.

Furthermore, the Ground-based Midcourse Defense system is not a from-scratch design but rather a patchwork mixture of new and old system components built quickly in the aftermath of the September 11th attacks to fill a critical capability gap. However, due to recent North Korean advances in long-range missile capabilities, the GMD program has been injected with a fresh sense of urgency and cash.

Not a Missile Shield, but An Imperfect Safety Net?

Should a single missile come streaking out of the sky towards the United States, the Ground-based Midcourse Defense system would be more likely to succeed than fail. However, under less-than-ideal weather conditions or against a salvo of missiles, the GMD system effectiveness could significantly decline and is a good argument for further GMD testing and dollars.