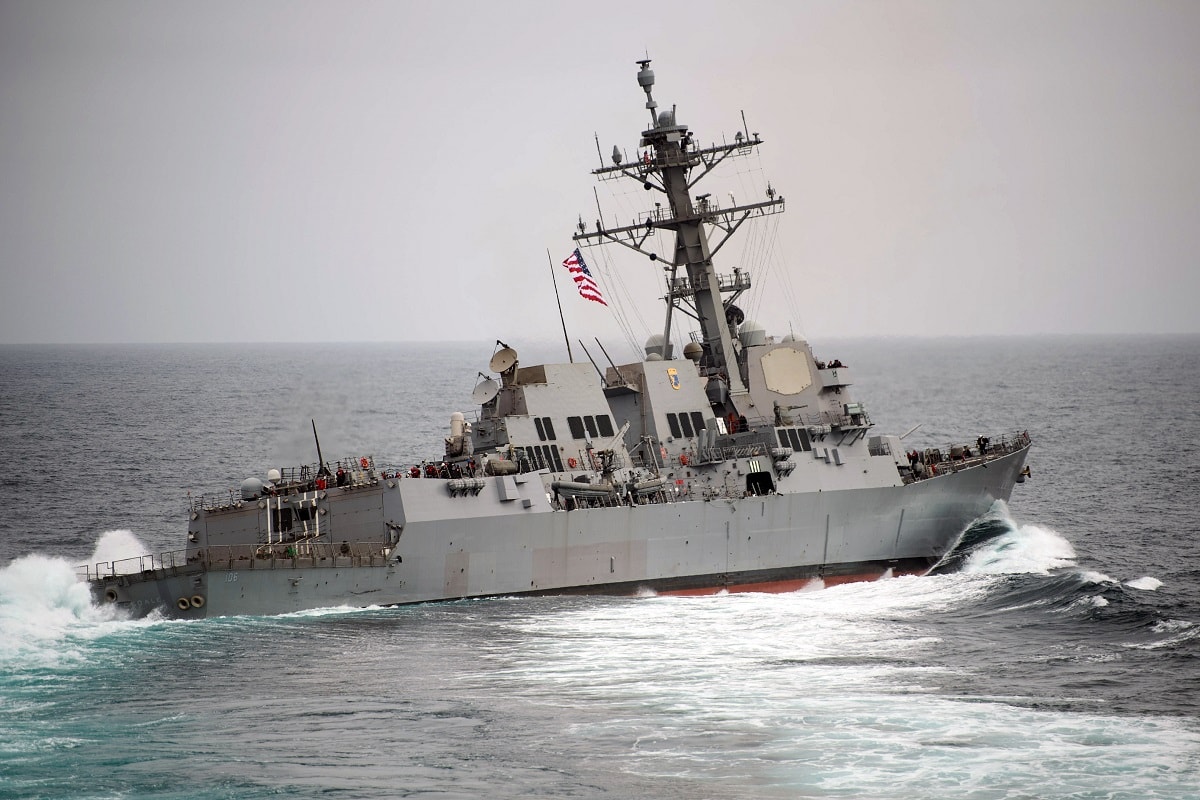 The U.S. Navy announced this week that it has started a new group called Task Group Greyhound, which is dedicated to searching for Russian submarines in the Atlantic Ocean. The plan is for the group to be fully operational next year.

According to USNI News, “the plan is to take destroyers that have recently completed deployments and are awaiting maintenance availabilities and make them ready for training and operations in the Atlantic.”

The project is “designed to provide the fleet with predictable, continuously ready and fully certified warships,” Rear Adm. Brendan McLane, the commander of Naval Surface Force Atlantic, said at a ceremony this week, per the report. “The ships will be ready to accomplish the full range of missions – including tracking Russian undersea activity in the Atlantic and maritime homeland defense for our nation.”

“The strategic threat to the homeland has entered a new era and our key competitors have deployed and continue to advance a range of capabilities to hold the homeland at risk,” Rear Admiral McLane added at the ceremony, as reported by The War Zone. “So instead of having to go out and find an asset to go and hunt, say, a high-end Russian submarine, we have these assets pre-assigned and they’re able to practice in this team-to-teams approach that we like to talk about when it comes to the arc of undersea warfare.”

The report also noted that the Greyhound name may come from “Greyhound,” last year’s Tom Hanks movie about submarines in the North Atlantic.

Among the ships part of the Task Group are the USS Donald Cook and USS The Sullivans, with the USS Cole and USS Gravely set to join the group next year.

“We took the two most capable ready-to-go destroyers – so Thomas Hudner, just back from an outstanding deployment and Donald Cook just finished five to six years forward-deployed naval force out of Rota – so both extremely experienced in anti-submarine warfare. And then we kind of mapped out the schedule for the other one to try to get to a stable schedule where you would have ultimately four to make two all the time,” McLane told reporters, as reported by USNI News.

“So USS The Sullivans will be coming back from deployment later on this year and then she’ll be joining, followed by two of the ships that are currently in the Harry S. Truman strike group that will be going on deployment and then [when] they come back, they will then be ready to join. So the idea is we put in the ships that already have deployments under their belt and are most ready and most experienced.”