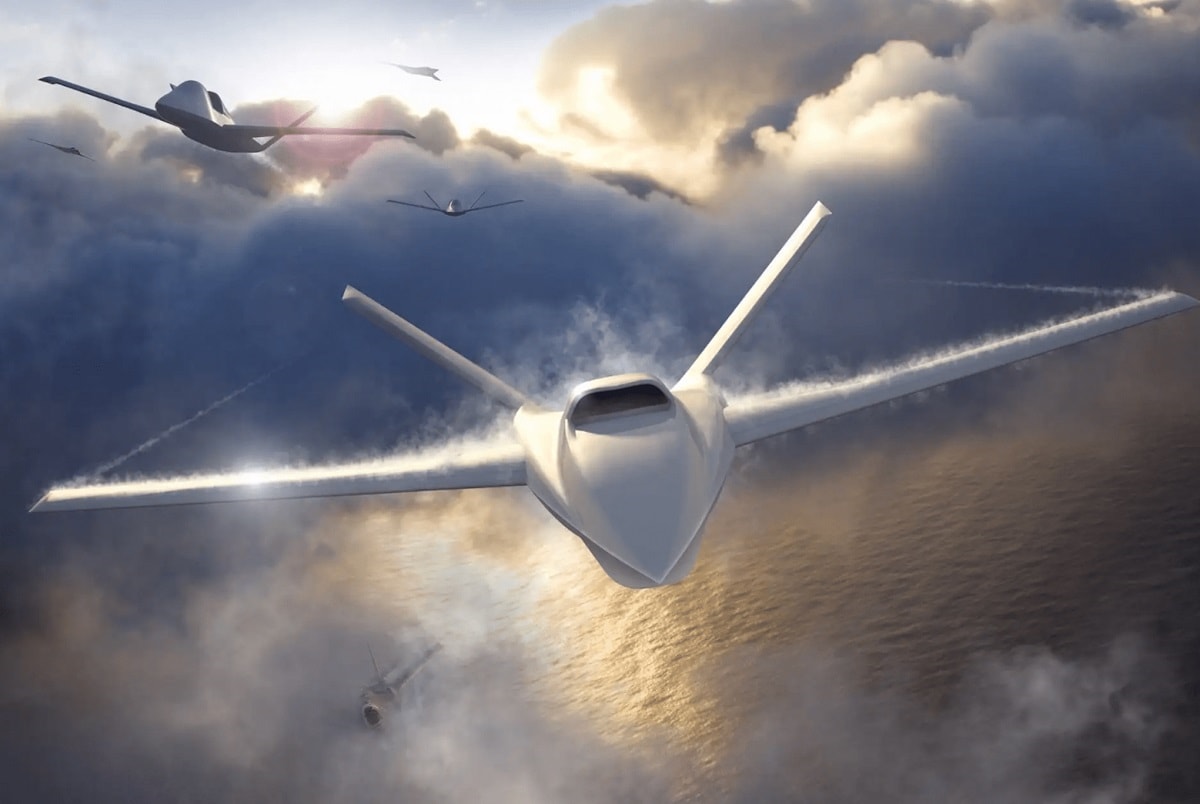 In manned-unmanned pairings, planes like the Model 437 could take the heat off pilots by going into harm’s way on their behalf.

The Aerospace Scaled Composites, owned by defense heavy-weight Northrop Grumman, introduced a new, optionally manned airframe to their diverse airplane lineup and one that could fly alongside manned U.S. Air Force fighters in the future.

The Model 437 concept artwork appears to be largely similar to the Model 401. And although information about the new Model 437 is limited, we can make inferences by looking at the similar Model 401.

Scaled Composites calls the Model 401 a “clean sheet design of two low-cost manufacturing technology demonstrator aircraft; flown by a single pilot, powered by a single turbofan, and operating at medium altitudes.” There are only two Model 401 airframes, and the first flew in 2017.

The Model 401 features some stealthy characteristics, including a canted V-tail, prominent nose chine, and an apparently stealthily contoured fuselage. However, these features would appear to carry over to the newer Model 437. In addition, the new airframe could have slightly steeping wings, which would, in theory, would allow for a higher top airspeed than the Model 401, which is Mach 0.6.

The Model 437 is a candidate for both the United States Air Force’s Skyborg and the Royal Air Force’s Mosquito programs, which would ultimately give warfighters in the air a pilotless wingman and allow for a potent manned-unmanned flight pairing.

Both programs are still in development, but in a manned-unmanned pairing, planes like the Model 437 would fly semi-autonomously alongside and ahead of pilots, acting essentially as their eyes and ears. In addition to detecting threats on the ground and in the air, the pilotless planes would be able to make some decisions on appropriate courses of action. However, a pilot would remain in the loop as the ultimate decision-maker.

We Don’t Know Much

Aside from a few individuals who have seen the Model 437 and some limited concept artwork, there is not much information on the unmanned airplane’s more specific characteristics like top airspeed, payload capacity, or range; however, that information could be forthcoming in the future. Regardless, the United States Air Force and the Royal Air Force must be chomping at the bit to get their hands on this newest unmanned airplane.

Caleb Larson is a Defense Writer based in Europe,