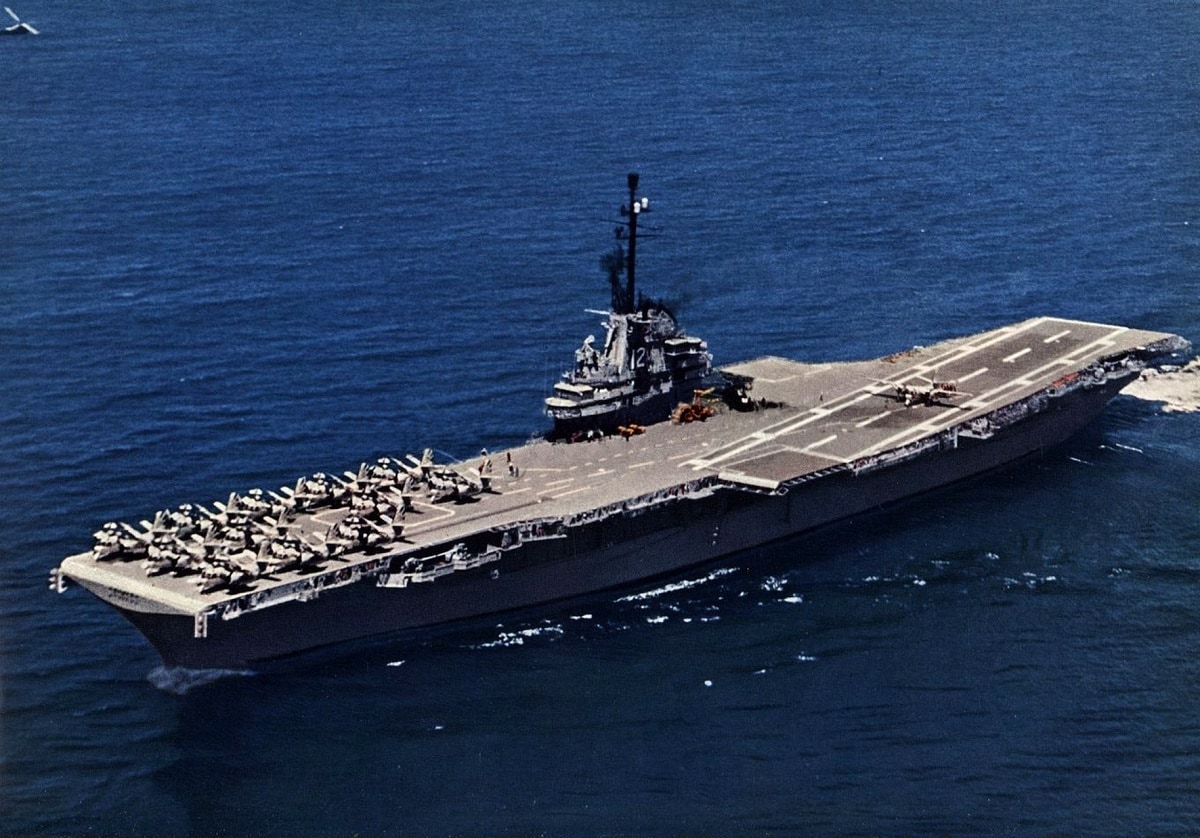 Bigger and heavier than the previous Yorktown class ships, the USS Hornet (CV-12) is an Essex-class aircraft carrier built for the U.S. Navy during World War II.

The construction of the Hornet, boasting an overall length of nearly nine hundred feet that was able to accommodate a mixed airwing of more than a hundred aircraft, was completed in late 1943 and eventually assigned to the Fast Carrier Task Force located in the Pacific Ocean, which was the Navy’s primary offensive force for combats in the Pacific.

The famed ship also took part in important attacks on Japanese installations in New Guinea, Palau, and Truk, among others and saw extensive action near the Philippines.

“The might of an aircraft carrier lies in its ability to quickly move about the world’s oceans, projecting power whenever and wherever it is needed. The heart of a carrier’s combat strength is its aircraft; her Air Groups provided Hornet’s lethal sting. Hornet’s success was dependent on the capabilities of highly trained pilots and aircrews and the specialized aircraft that operated from her flight deck,” writes the USS Hornet Museum in Alameda, California.

“In World War II, her air groups consisted of a fighter (VF) squadron, a bombing (VB) squadron and a torpedo (VT) squadron. During the 1950s as naval warfare technology evolved, so too did the complexity and specialty of carrier-based aircraft. Joining the classic fighter and attack aircraft were electronic/early warning, photo-reconnaissance, and anti-submarine warfare aircraft. Dual-role aircraft also provided aerial tanking and limited cargo capabilities and helicopters proved essential to carrier operations which included search and rescue missions,” it continued.

In a year and a half of combat operations during World War II, the Hornet was able to achieve remarkable stats, some of which include nearly six hundred seventy Japanese planes shot down, 1.3 million tons of enemy ships sunk or heavily damaged, and seventy-three ships sunk. The ship itself burned nearly twenty-five million gallons of fuel oil and steamed roughly one hundred fifty-five thousand miles, which is the equivalent of six trips around the world.

As for the ship’s engagement in the combat zone in the Pacific, which sometimes brought it within forty miles of the Japanese home islands, it was under air attack fifty-nine times but was never seriously damaged.

After World War II, the Hornet participated in Operation Magic Carpet, which repatriated more than eight million American military personnel, and was then placed in reserve. The ship was reactivated during the Korean War, played a minor role during the Vietnam War, and also helped recover Apollo 11 and Apollo 12 astronauts after they returned from the moon. The Hornet was decommissioned in 1970. 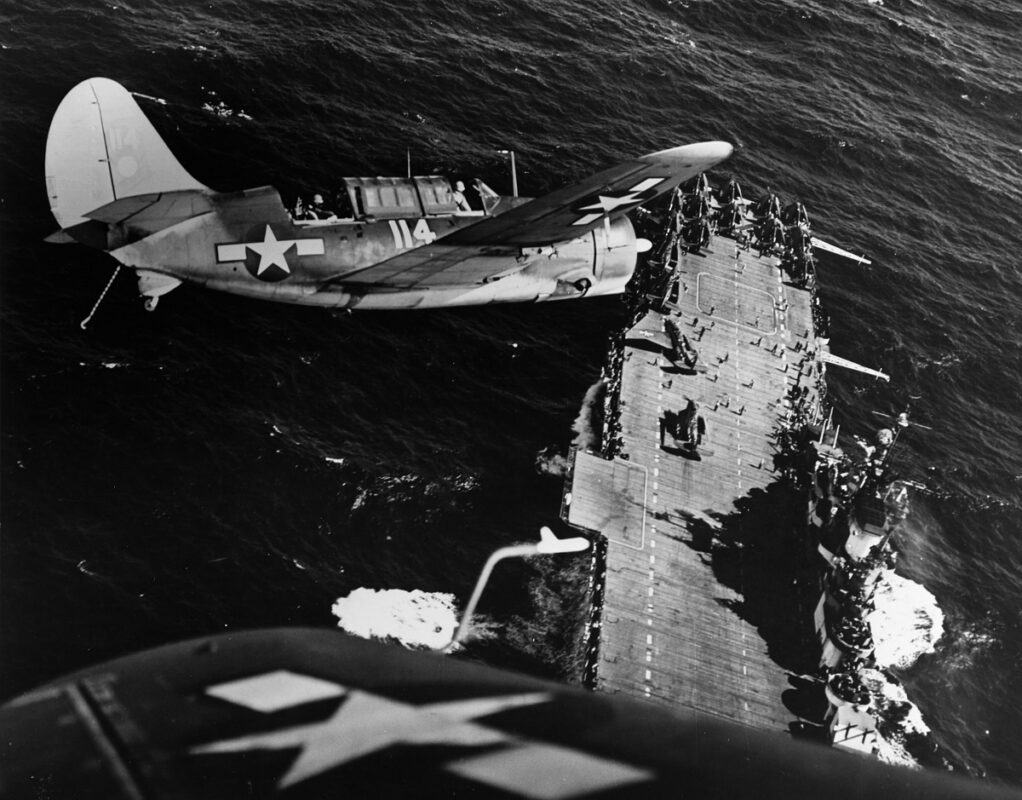