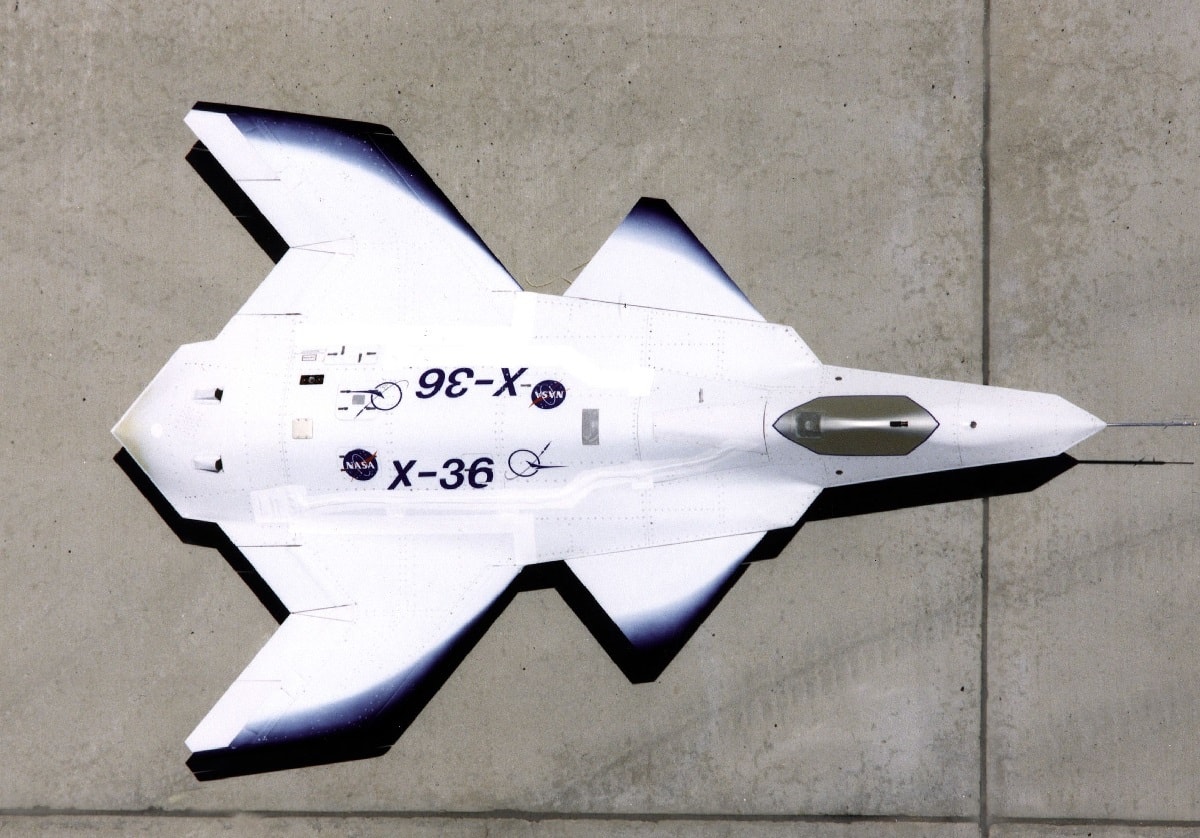 In the late 1940s and early 1950s, several experimental aircraft were built that were semi-tailless. Post-World War II jet engine designs had improved, allowing for greater and greater speeds past the speed of sound, or Mach 1. Airframes of the time were struggling to get through the transonic range, from around Mach 0.8 to Mach 1. It was thought that a total or semi-tailless design would allow for greater stability when passing through the transonic range, but airplane technology and airframe designs during the 1950s were not yet sophisticated enough to safely control a tailless design.

In the 1970s and 1980s tailless designs were reexamined, as computer-controlled fly-by-wire systems could adjust a plane’s flight controls quickly enough to keep tailless airframes airborne. Tailless designs also had the added advantage of being stealthier than their tailed cousins—sans tail, less radar is reflected back to a radar antenna. A tailless design also benefits from better range due to lower drag, and can under some circumstances be more maneuverable than traditionally-tailed planes.

The X-36 was a technology demonstrator, and only two of the rather bizarre-looking planes were ever built. They were sub-scale prototypes, and were only 28 percent of their total intended size. For maneuvering, the X-36 relied on “split ailerons and an advanced thrust-vectoring nozzle for directional control,” and forward-mounted canard control surfaces. According to a NASA webpage on the X-36, the two prototypes handled exceptionally well, thanks to a fly-by-wire system that compensated for the plane’s inherently unstable flight characteristics.

The design was initially drawn up in 1993, thanks to improving fly-by-wire technologies that reached a mature enough stage by the late 1980s to make the project feasible. Prototype fabrication began in the mid-1990s.

Since the planes were only small-scale models, they didn’t carry a pilot. They were remotely piloted by a ground-based controller who sat in a cockpit simulator. The pilot had “an “out the window” view from a camera in the aircraft, complete with a head-up display,” according to Boeing. The X-36 program’s first flight was in 1997, and several dozen flights were successfully conducted

With a full load of fuel, the X-36 weighed a paltry 1,250 pounds. Both prototypes were powered by a small jet engine that provided a modest, but adequate 700 pounds of thrust. According to NASA, “A typical research flight lasts approximately thirty-five to forty-five minutes from takeoff to touchdown.”

According to Boeing, the small X-36 was really cheap. “The combined cost for developing, fabricating and flight testing the X-36 is about $20 million, which is less than one-tenth the cost of developing and testing a full-scale, manned aircraft.”

Somewhat inexplicably, the advanced fighter design was not pursued, despite the overwhelmingly positive test results. Part of this may be due to the costs associated with building a full-scale prototype, which would be significantly more expensive than a sub-scale model.