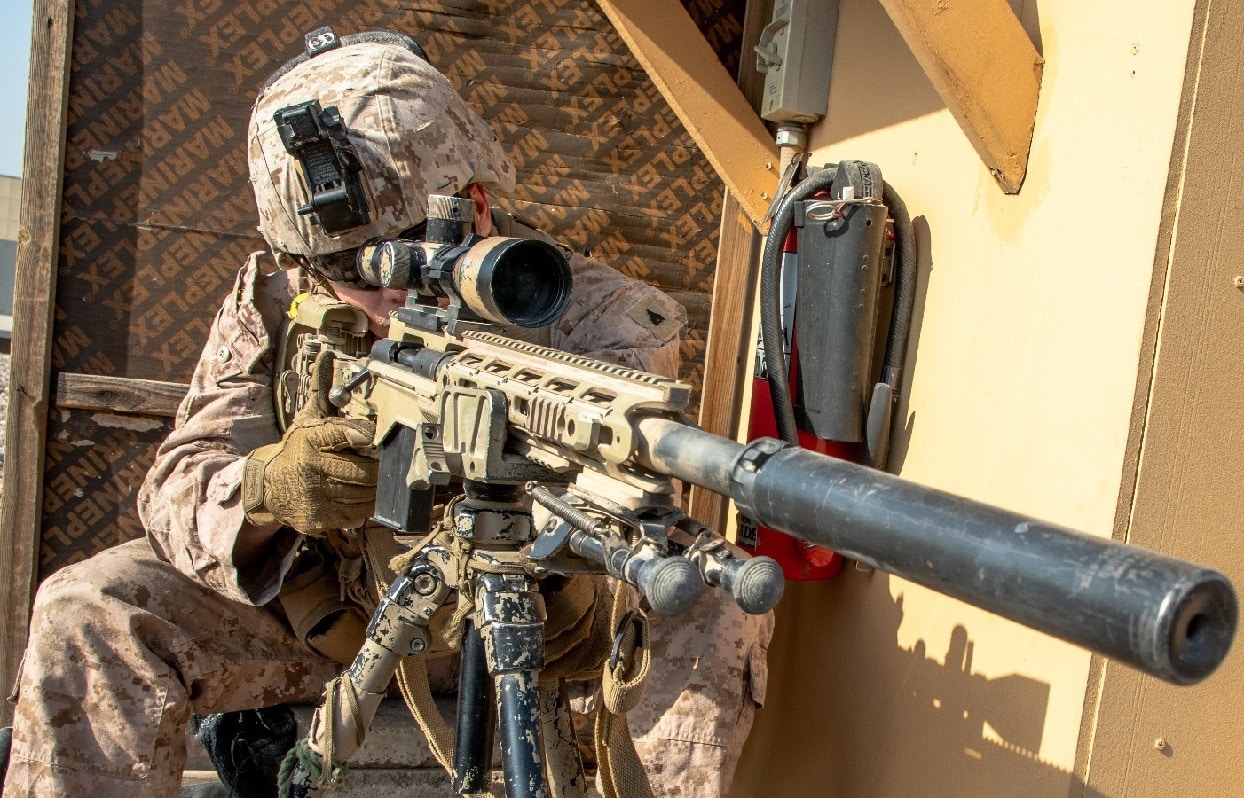 In mid-2017, the sniping community was rocked by incredible news: a Canadian sniper team operating in the Middle East had made a successful kill at a distance of more than two miles. The team, deployed to fight the Islamic State, killed an ISIS fighter at a distance of 3,871 yards. The longest range sniper kill was more than a thousand yards farther than the previous world record. The shot, which bordered on the impossible, was made only slightly less so by the skill of the snipers involved.

On June 22, 2017 the Globe and Mail reported that two snipers assigned to Joint Task Force 2, Canada’s elite special forces unit, had shot an Islamic State fighter in Iraq at a distance of 3,540 meters, or 3,871 yards. The sniper team was stationed on top of a highrise building when it took the shot, which took almost ten seconds to reach its target. The sniper and his spotter had used a McMillan TAC-50 .50 heavy caliber sniper rifle. According to the Globe and Mail, the kill was verified by video “and other data.”

To understand the complexity of the shot, it’s best to start with a sniper maxim: sniping is weaponized math. Although a .50 caliber sniper rifle bullet can fly as far as five miles, a host of factors including gravity, wind speed and direction, altitude, barometric pressure, humidity and even the Coriolis Effect act upon the bullet as it travels. Even worse, these effects increase the farther the bullet travels. A successful sniper team operating at extreme distances must do its best to predict exactly how these factors will affect the bullet and calculate how to get the bullet back onto target.

The first and most influential factor on a bullet is gravity. A bullet begins to lose energy as soon as it leaves the muzzle of a gun, and as it loses energy it loses the ability to counteract gravity. The farther and slower a bullet flies, the more Earth’s gravity will pull the bullet downward. This is known as “bullet drop,” and even the most powerful bullet, such as the .50 caliber round used by the TAC-50, will invariably experience it.

In most shooting shooting situations, bullet drop is only a matter of a few inches or more. The Canadian snipers, on the other hand, had to deal with a phenomenal amount of bullet drop: at 3,450 meters, the bullet would be expected to drop 6,705 inches! Ryan Cleckner, a former U.S. Army Ranger sniper and author shows the ballistic data for the shot here. As the bullet is traveling subsonic at a spend of 940 feet per second, the bullet is diving an average of nearly two inches per foot of forward travel, with the problem getting much worse as distance increases.

In order to make the shot the Canadian snipers had to counteract the staggering amount of drop. Being on a highrise building, or hilltop was a must. The rest of the drop correction had to be done within the rifle’s scope, which can be adjusted for drop, and a scope mount that was angled upward for extreme long distance shooting.

Cleckner’s data also provides other useful information. Bullet flight time, from the muzzle of the Canadian sniper’s gun to target was just over seven seconds. The bullet was traveling at 940 feet per second when it hit, which means it slowed to below the speed of sound. Finally, after traveling more than two miles the bullet hit with 1,472 foot pounds of energy, greater than most M16 bullets at point blank range.

Another major factor that would have affected the shot was windage. When shooting at extreme distances, even a mild wind of five miles an hour will have an effect on the flight of a bullet, slowly but surely nudging it off its flight path toward the direction of the wind. At 400 yards, a .50 caliber bullet will be nudged 2.5 inches off its path by a five mile an hour wind. At 3,800 yards that balloons to an incredible 366 inches. In other words, the snipers had to assume their bullet would impact just over thirty feet in the direction of wind travel and plan accordingly.

Other environmental factors played a hand in the shot. Air pressure (generally a function of altitude), temperature, and humidity are factors most shooters at ranges of 500 yards or less rarely encounter, become major issues at 3,800 meters. These factors are mitigated by the use of wind sensors, barometric pressure readers, and a knowledge of local weather conditions. To complicate matters, these conditions may change so that a shot taken on a cold morning will be much different in the heat of the afternoon and snipers must recalculate the shot accordingly.

Earth itself, and the position of the shooter and target on the globe become factors at long range. The Coriolis Effect dictates that bullets shot in the northern hemisphere drift to the right, while those shot in the southern hemisphere drift to the left, and this phenomenon increases the farther one gets to the poles. Furthermore, shooting east with the rotation of the earth will cause bullets to strike high, while shooting west will cause the same bullet to strike low.

Even the construction of the rifle itself affects the shot. A high quality barrel will naturally be more accurate and the rifle involved in the shot, the McMillan TAC-50, is one of the best around. The barrel rifling, a spiral-like pattern that makes the bullet spin in flight, stabilizing it, imparts “spin drift.” According to Cleckner, a rifle with a right-hand spiral twist will send a bullet up to ten inches to the right at 1,000 yards. How much spin drift would affect the shot at 3,800 yards was essential information for the Canadian snipers.

In taking their record-breaking shot, the Canadian sniper team had to consider all of these factors—merely misjudging one would have caused a clean miss—and it is an incredible testament to their skill that they were successful. The average man-sized target is just twenty-four inches wide, leaving zero room for error in a two mile shot. The shot took place at the extreme edge of viability, given the current levels of sniper technology. While the JTF-2 shot will almost certainly be equalled, it seems unlikely it will be decisively beaten for the foreseeable future.