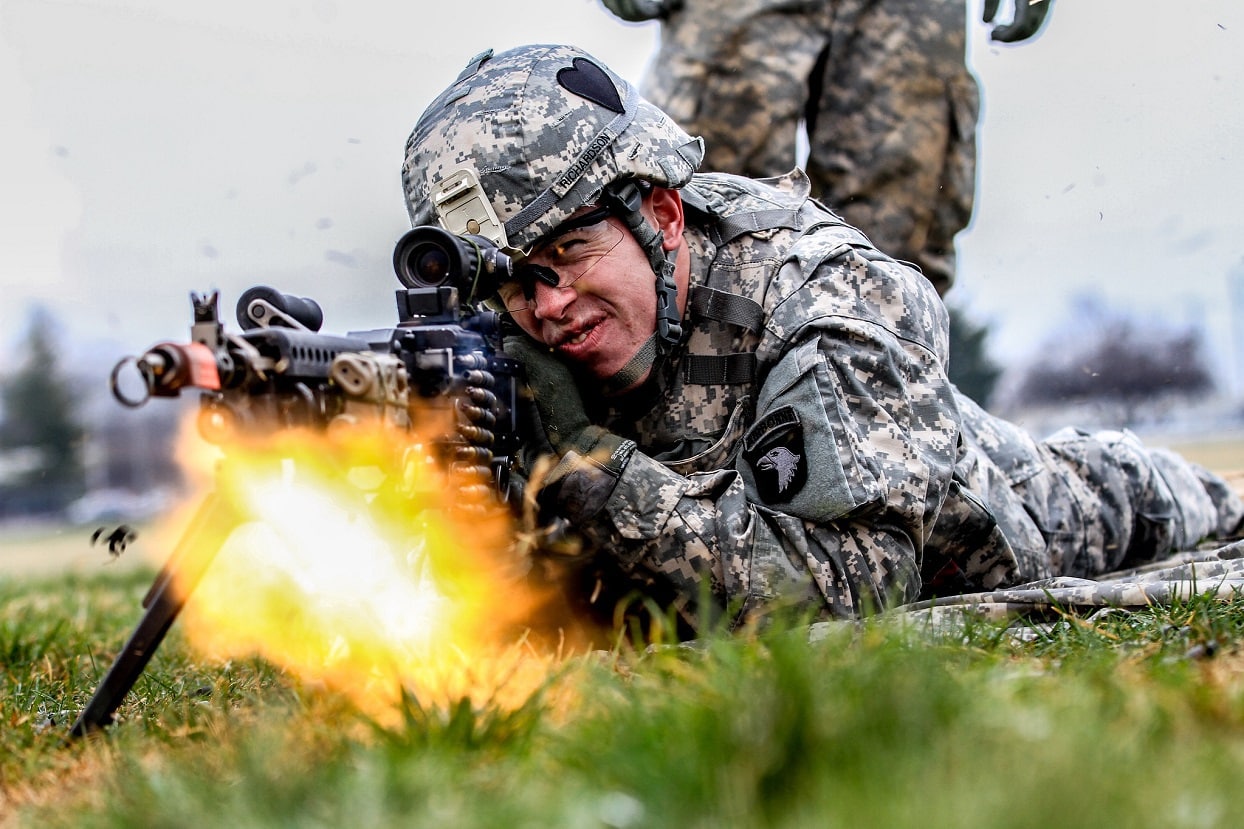 Conquest, it would appear, isn’t what it used to be. The U.S. just pulled out of Afghanistan after 20 years, leading it to fall back to the Taliban. There have been few instances in recent years of countries attacking and conquering others, not since the U.S. launched invasions of Iraq and Afghanistan in the post-9/11 era.

Back in March, Business Insider looked at which countries in the world are the hardest to conquer, and in most instances, are nations no military can conquer

First on the list, perhaps inevitably, was the United States, which has ever been conquered, outside of fictional movies like “Red Dawn,” and scenarios involving aliens.

“Any invader of the United States isn’t facing just the US military. They’re facing all 330 million Americans,” the piece said, noting that the level of firearms ownership by Americans would make any type of foreign conquest extremely unlikely.

“Even if an invader managed to take control of the civilian population — and that’s a big if — they’d still have to get through the best-trained, best-equipped military in the world, recruited from the very violently pro-America people I was just telling you about,” the piece said. “Then, they have to hold on to that territory without getting killed and without the locals organizing against them. Many major cities are already organized. And armed. And ready to go killing again once the war dies down a bit.” In addition, it would be difficult for a foreign enemy to capture the nation’s many large cities.

Second on the list is Russia, which throughout history has flummoxed invading armies from Napoleon to Hitler. For Russia, it’s all about its immense size, as well as its brutal winters.

“If invaded, Russia doesn’t have to project anything and its legendary toughness can really bloom, even in the middle of the freezing Russian winter. Invading Russia, as any student of history knows, is a terribly difficult thing,” the piece said. Also, Russia has 11 time zones, and an invader would likely to have to fight other ex-Soviet client states.

Russians, per Business Insider, are “hardy, gun-toting, skilled hunters who have no compulsion about killing an invader, having grown up with their parents’ and grandparents’ stories about fighting the Great Patriotic War against the Nazis, which included the deadliest fighting in the history of human warfare (which the Russians won) at Stalingrad.”

Third on the list is another country that foreign invaders have also had trouble conquering: Afghanistan. The Soviets failed to hold the country, and of course, so did the Americans. It’s been called the “Graveyard of Empires” for a reason.

“What makes Afghanistan so difficult to capture and keep is first and foremost: the terrain. It’s a giant bowl of desert, surrounded by some of the highest peaks in the world. Any army an invader can’t destroy could just fade away into the mountains and lick their wounds until the next fighting season came,” the piece said. On top of that, subduing the population, which consists of numerous different ethnic groups, is a next-to-impossible task.

“Put aside Taliban or Mujaheddin loyalty for a moment and imagine the life of a regular Afghan man. Their clan, their tribe, their unit, their sheik, their ethnicity, their religion, maybe their provincial or central government? And when you do take into account their loyalties to extremist groups, you have to factor in the group, that unit, and the shadow government. That’s 12 potential loyalties right there. Imagine trying to subdue 34 million of them, because you have to if you invade Afghanistan.”

Fourth on the list is one with which the U.S. increasingly finds itself at odds: China. First and foremost, the country has over a billion people.

“While these one billion Chinese people likely don’t have a their own arms, it wouldn’t take long for the planned central bureaucracy to start handing out weapons to form a unified front against an invader. There’s an old US military saying: If it’s stupid and it works, it isn’t stupid. It may sound like a throwing a few million soldiers at an invader is stupid, but it’s quite the human wave and it will likely work,” BI wrote. In addition to that, the country has a huge land mass and numerous different types of climate.

Another reason China would be tough to beat? The Chinese are “masters of ripping off foreign technology,” BI said.

And the fifth country on the list is India, a growing global power.

“To the north and east lay harsh Himalayan mountain passes. Dry deserts makes up roughly half of India’s northwest regions. In the southwest, India is wet and tropical, limiting the best places to land an ocean-born invasion force,” the piece said. “That is, if you ever get to land an invasion force on the subcontinent. Part of India’s major naval strategy is to flood her territorial waters with enough submarines to sink both enemy warships and enemy landing craft while strangling sea lanes of enemy shipping. “

In this article:History, Military, Military History, Nations No Military Can Conquer, NotHome, War