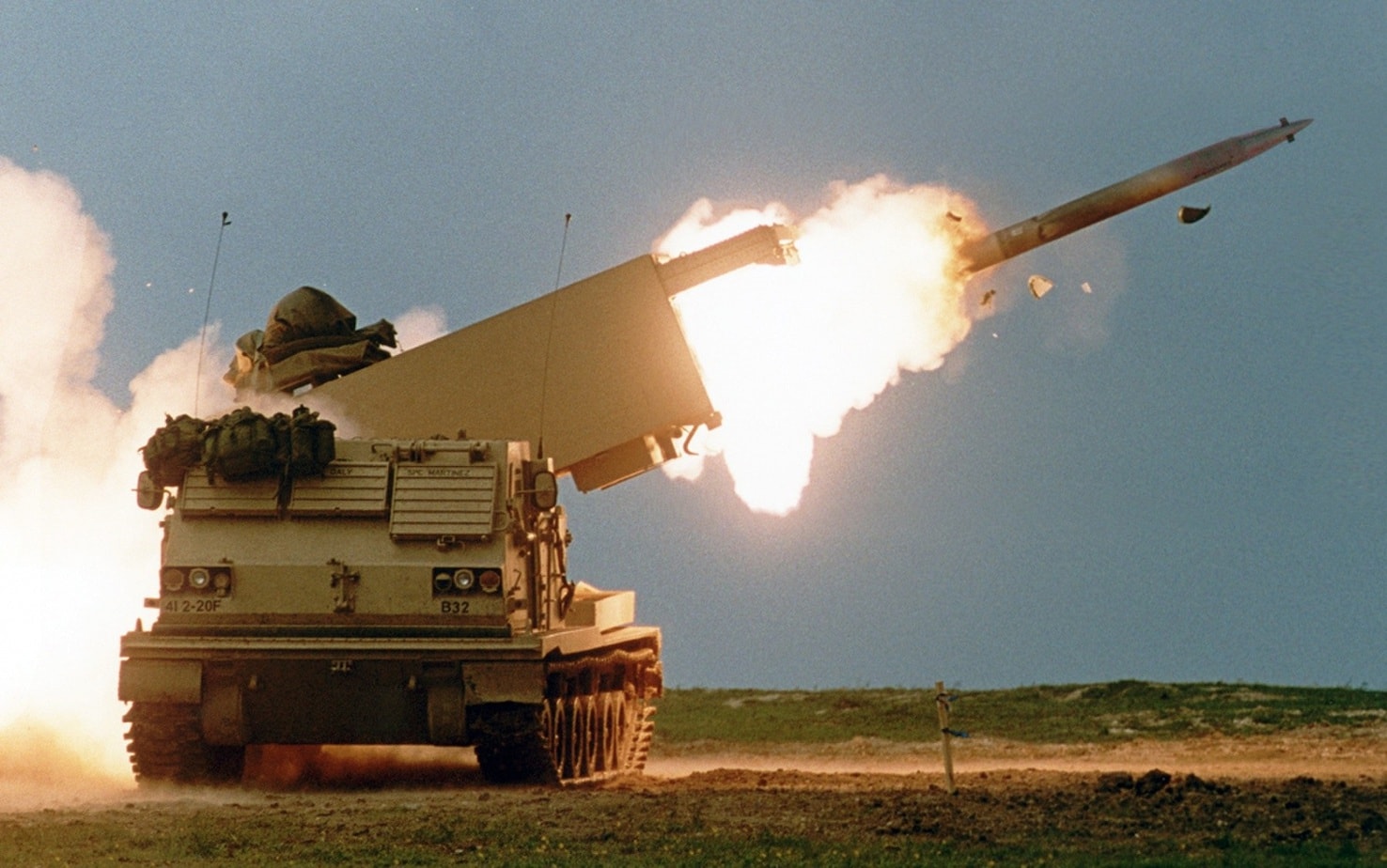 When it comes to land-attack weapons for ground warfare, the U.S. Army has one of the deadliest arsenals in the world. Some are mobile, some are stationary, and some are airborne. So look out, these things are all extremely dangerous. Whether it is the Apache attack helicopter, the multiple launch rocket system, high-explosive anti-tank rounds from an Abrams tank, the Joint Air-to-Ground Missile, or the Excalibur guided 155mm howitzer shell, the Army gets creative in the devastation that it embarks upon. 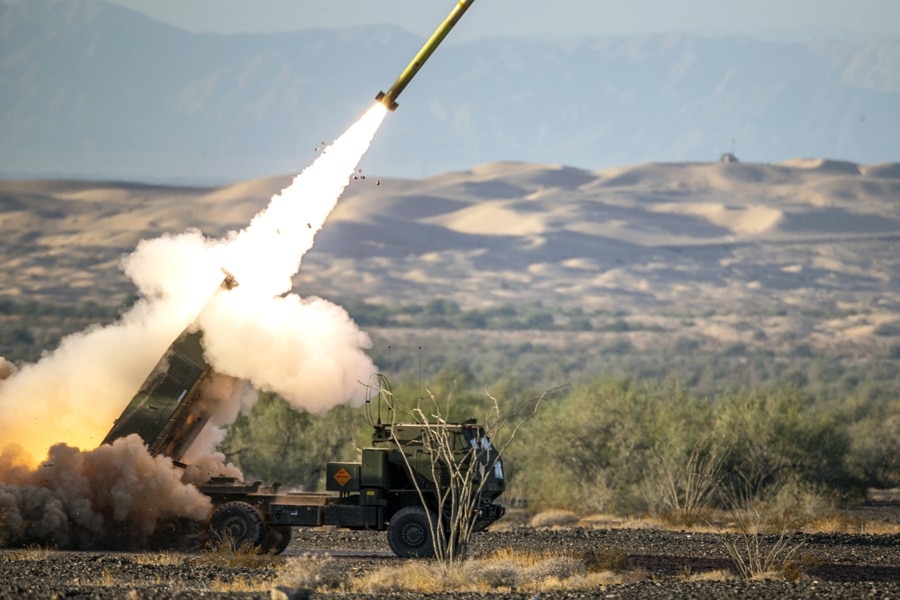 The GMLRS is the first place to look when it comes to death and destruction. This is a truck-mounted surface-to-surface rocket system that can engage area or point targets. It can destroy the enemy from over 44 miles away. GMLRS rockets are more accurate than short-range ballistic missiles. They have a high probability of entering the kill zone with a reliability rating of 98 percent. Each launch pod holds six rockets. The GMLRS rockets have a 200-pound warhead. Lockheed Martin is somehow improving the lethality of an already deadly system. The defense contractor is building smart munitions for the GMLRS. This would be an airburst fragmentation that explodes 30-feet over a target and spreads metal-penetrating projectiles. “Doom on you,” indeed. 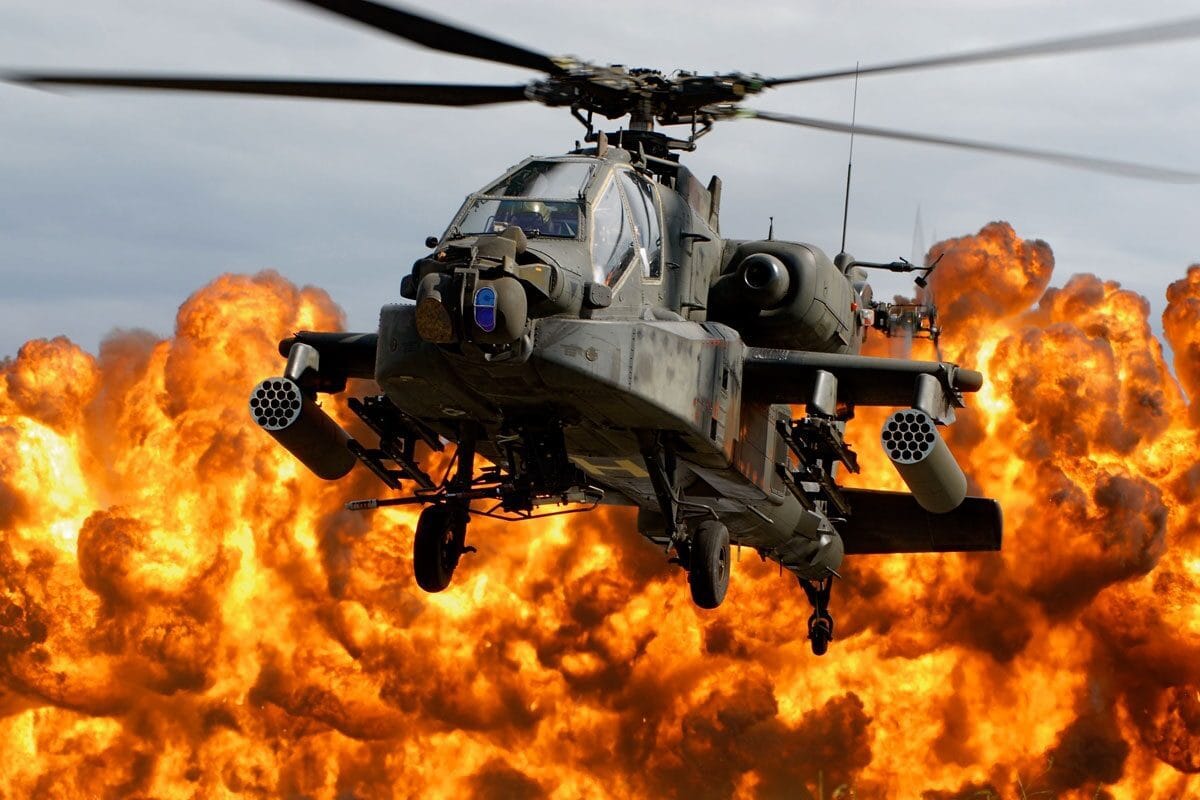 The Apache is a helicopter pilot’s dream come true. It’s armed to the teeth. The Apache AH-64D/E has a M230 30-mm cannon, 76 Hydra-70 2.75-inch rockets, and 16 Hellfire missiles. The Hellfires can be laser or radio-guided. It acquires targets with an infrared laser. Night vision and infrared enhanced imagery are combined for optimum situational awareness. The E version allows the crew to see drone video in the Apache cockpit and direct the flight path of a drone. The latest Apache can go 166 miles per hour. It can fly in combat mode for over two hours. The 30mm cannon is uber-deadly. The pilot and co-pilot/gunner have helmet-mounted display and targeting systems, so the 30-mm cannon is integrated into the helmet movements. Just point your head and shoot. 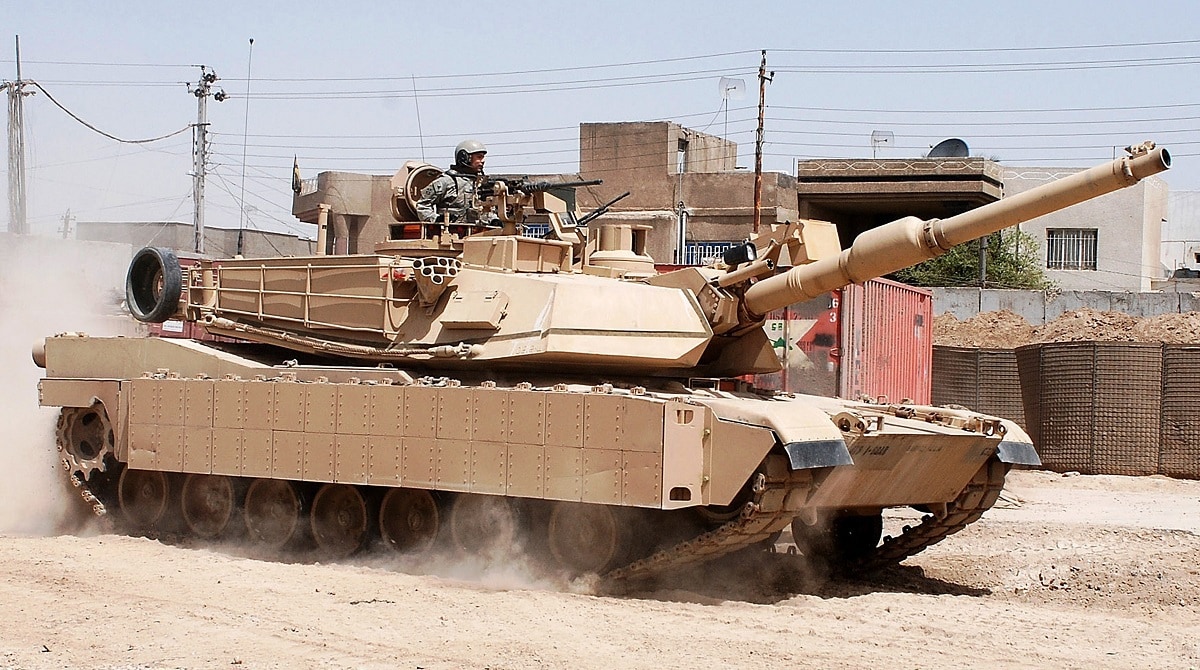 The M1A2 Abrams tank was just featured in 1945. So now check out what it fires. There are five different cartridges in its 120mm rounds. Kinetic energy rounds send a separate emergent projectile at high velocity to destroy enemy tanks. They are able to bust through the toughest armor in the world. There are two kinds of high-explosive anti-tank rounds, and one high-explosive round is designed to take out buildings, bunkers, and other obstacles. The nasty 120mm M1028 anti-personnel canister round expels 1,100 tungsten balls for a “shotgun effect” against troops in the open.

The Joint Air-to-Ground Missile (JAGM) System helps out soldiers on the ground when weather is bad and visibility is uncertain. Troops call in a JAGM strike when things are getting hairy and they need quick firepower from the sky. The missile can be mounted on an Apache or drone and can fire over the horizon. The JAGM is precision-guided with the ability to “fire and forget,” so it is not wire guided. It can easily destroy tanks and other armored vehicles. JAGM can also go after people who are hiding in buildings or in bunkers. This missile uses a modified version of the Hellfire Romeo warhead. It weighs 115 pounds with a range of up to five miles. 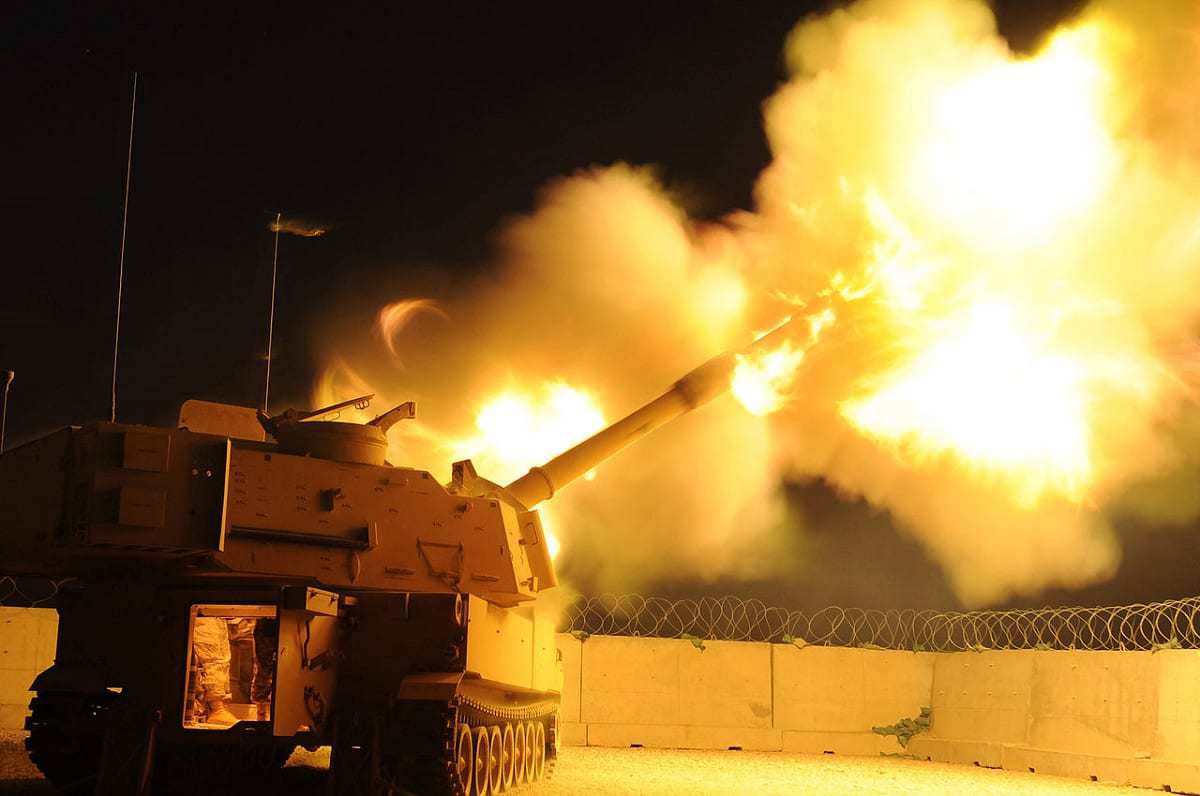 The M109A7 Paladin was also just featured in 1945 and it shoots the Excalibur precision-guided munition. You can find out all about Paladin here. The regular unguided round weighs around 100-pounds so you can figure out what kind of explosion it can make. But what makes the Excalibur special? It is guided by jam-resistant GPS. Even though it’s associated with artillery’s “indirect” fires, this round is highly accurate. This Excalibur is deadly, but its accuracy reduces collateral damage that is often a downside of using artillery. Most artillery fires need a forward observer to “walk” the round to its target by calling for fires to be adjusted. Excalibur can fire once and that is that. The GPS precision munition can take out a target with just one shot. The high-explosive round can also have a delay that penetrates buildings or bunkers.

All in all, my money is on the Apache loaded with a JAGM. But the GMLRS can probably do more damage by area. The Abrams tank firing an anti-personnel canister is scary. And if a 155mm howitzer is indeed that accurate, it’s game over for the bad guys. All five of these weapons are certainly deadly and they are constantly being upgraded and improved.