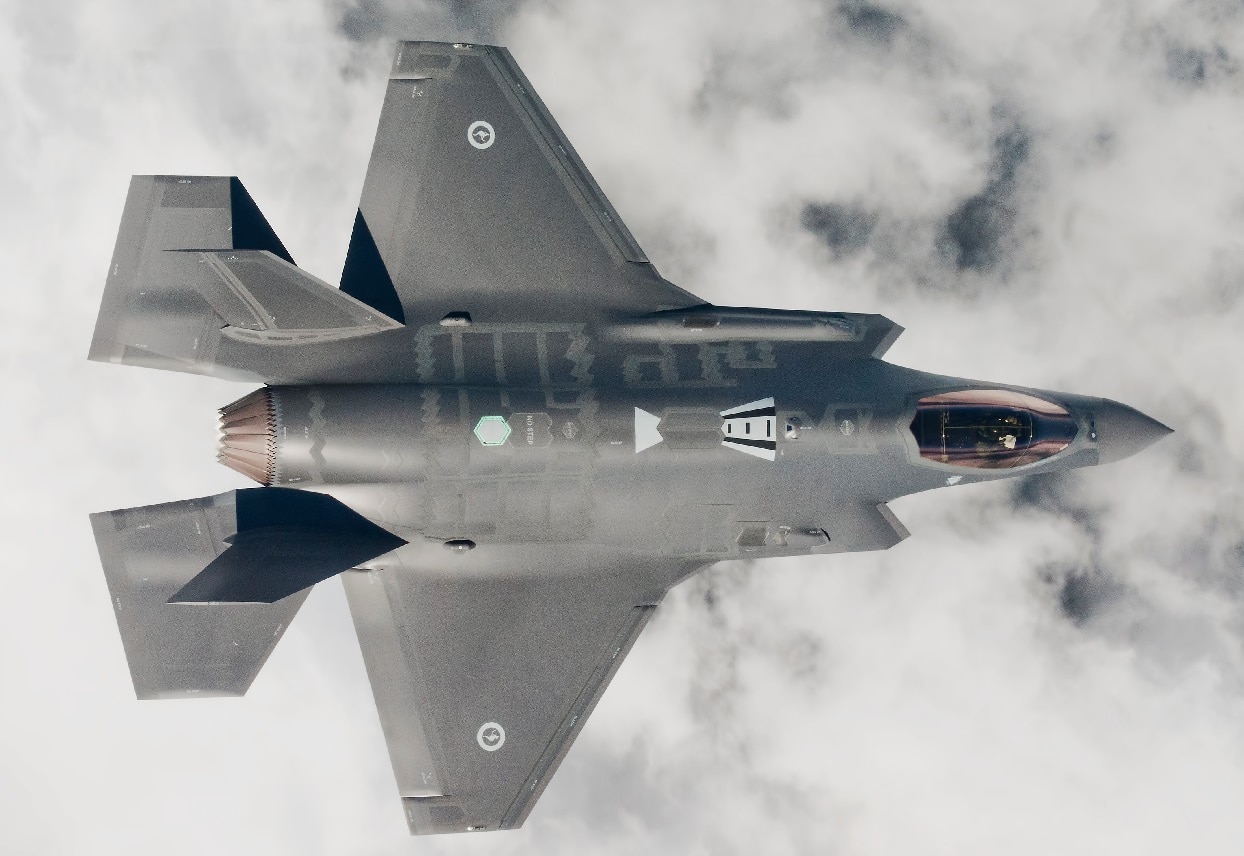 Here is a question? How do you rank the 5 U.S. weapons of war China fears most?

As a superpower, the United States has maintained a formidable, technologically advanced military for decades. While Chinese weapons are often designed with the United States in mind, many of the top weapons the U.S. would in fact be used in a war with Beijing. In fact, many of the weapons featured here were first designed during the Cold War and predate China’s military rise.

Again, it’s important to point out that the chances of war between the United States and China are remote. There is too much advantage for both countries in maintaining the status quo of a strong economic relationship (roughly $500 billion-plus in bilateral trade) and cordial—if stiff—diplomatic ties. A war would be a political, economic, and military disaster for both sides.

The Ford-class, America’s latest class of aircraft carriers, is the weapons system China fears most. The mix of aircraft onboard a carrier makes it capable of a wide variety of missions, including air superiority, land attack, anti-ship and anti-submarine warfare. Modern aircraft carriers represent a threat not only to Chinese naval and air forces away from China, but could strike China itself.

Aircraft carriers such as the USS Ford are also visible reminders of Chinese technological inferiority. From the nuclear reactors to electromagnetic catapults systems designed to hurl aircraft into the air to the integrated anti-air warfare system, American carriers represent a showcase of technologies that China hasn’t mastered. Years back, while China was proudly certifying its first pilots and deck crew to operate from the carrier Liaoning, the historic event was undercut by news of an American X-47B unmanned drone landing for the first time on the carrier USS George Bush.

American aircraft carriers are symbols to China of American intrusion into its sphere of influence. In 1996, in response to Chinese missile launches near Taiwan, the USS Nimitz and USS Independence carrier battle groups were sent into the Taiwan Strait. There was nothing the Chinese military could have done to prevent the carriers from entering the strait. This humiliation deeply affected Chinese thinking, and was almost certainly the impetus for the development of weapons such as the DF-21D Anti-Ship Ballistic Missile or ASBM.

The F-22 Raptor is currently the only operational fifth-generation fighter in the world. A stealthy, single-seat fighter with ground attack, reconnaissance, and electronic warfare capabilities, the F-22 is capable of cruising at Mach 1.82 (1,220 miles an hour) without afterburner. The F-22 carries up to two AIM-9X short-range and six AIM-120 medium range anti-aircraft missiles in the fighter role, and can carry precision-guided air to ground weapons in the ground attack role.

China fears the F-22 because there is nothing like it in China’s arsenal. For the foreseeable future the F-22 will dominate the air environment wherever it is sent. China’s existing fighters, the indigenous J-10 and various derivatives of the Su-27 Flanker design (J-11, J-16, Su-30MKK) are not stealthy, and in a beyond visual range battle would be at a disadvantage against the F-22.

In a shooting war, the F-22 Raptor could cripple the People’s Liberation Army Air Force (PLAAF) by stripping away support aircraft that allow Chinese fighters and bombers to fly long distances. F-22s could evade Chinese combat air patrol sweeps and engage airborne early warning (AEW) aircraft such as the KJ-2000, and midair refueling aircraft such as the Xian H-6. Chinese aircraft would then be limited to whatever fuel they can carry, and Chinese early warning coverage would be limited to mainland radar installations.

The ground attack and electronic warfare capabilities of the F-22 would also pose a problem for the PLAAF. The F-22’s ability to evade radar en route to bombing targets on the ground makes it a platform that can likely penetrate Chinese air defenses. The F-22’s sensor suite makes it capable of quietly collecting enemy data, such as radio and radar emissions, without an adversary knowing it was in the area. This capability could even be useful in peacetime for intelligence collection purposes.

China does have fifth-generation fighter aircraft in development to counter the F-22. The J-20, whose development path is uncertain, may emerge as a fighter to challenge the F-22. The J-31 is another fifth generation design. Development prototypes of both aircraft are currently flying, but it may be another decade before either reach operational status. In the meantime, China is very exposed to the F-22 threat, and there’s not a whole lot it can do about it.

The Virginia-class attack submarines are the most advanced nuclear submarines in the world. First introduced in 2004, the Virginia-class submarines displace 7,800 tons and are powered by a single S9G nuclear reactor that gives each unlimited range. The submarines are not only capable of attacking enemy ships and submarines but are capable of launching cruise missile attacks, serving as a mother ship for unmanned undersea vehicles, supporting naval special operations forces, and collecting intelligence.

The submarines are armed with four torpedo tubes armed with a mixture of Mk.48 guided torpedoes and Sub-Harpoon anti-ship missiles. In addition to torpedo tube armament, the Virginia class has 12 vertical launch silos for Tomahawk land-attack long-range cruise missiles. The submarines can also transport U.S. Navy SEALs and other naval special forces.

China fears the Virginia class submarines because it has zero operational experience in anti-submarine warfare (ASW) and a woefully insufficient ASW capability. None of China’s submarines, including the Shang nuclear or Yuan class diesel-electric boats can match the Virginia class in sensors, stealth, and armament and would be at a distinct disadvantage in a one-on-one undersea duel. China has approximately three Y-8 long-range maritime patrol aircraft in the same class as the western P-3C Orion. Japan, by contrast, has roughly 100 P-3C Orions and considers ASW so important it is developing its own replacement for the aging Orion.

Most if not all of China’s surface fleet, including the carrier Liaoning, have anti-submarine weapons, but they are of unknown quality and many, such as ASW torpedoes, are copies of older western and Soviet designs. China is currently working to improve its ASW capabilities, including building up to 20 Type 054A frigates armed with modern sonars, anti-submarine barrel mortars, torpedoes, and ASW helicopters. An anti-submarine variant of the Type 056 corvette equipped with an advanced towed sonar array is rumored to be under production. Beijing is also hard at work developing an ocean-floor surveillance network.

5 U.S. Weapons of War China Fears Most: B-2 Spirit

One of the most recognizable weapons in the world, the bat-winged B-2 Spirit bomber is also one of the deadliest. Originally conceived as a strategic nuclear bomber, the B-2 was modified at the end of the Cold War to also serve as a conventional bomber. The B-2’s ability to penetrate air defense networks, travel up to 6,000 miles without refueling, and carry up to forty tons of satellite-guided bombs make it possibly the most lethal weapon system currently in existence.

The B-2 is fearsome to Beijing as it is undetectable and can reach targets anywhere in China. The B-2 can take off from Andersen Air Force Base on the island of Guam and strike targets from Xinjiang to Shanghai. If the United States and China were to go to war in the Western Pacific, China could expect strikes anywhere within its borders.

This has far-reaching implications. No part of China would be safe. Any airbase, ammunition depot, rail station, power facility, or port could be attacked. The amount of airspace China would have to defend increases dramatically, and China would have to spread out its force of 296 Su-27 and Su-35 fighters to cover the entire country. Even then, detection and interception would be far from guaranteed.

The B-2 is yet another weapons system that illustrates the many one-sided advantages the United States possesses. In any hypothetical conflict with the United States, China could not hope to attack the U.S. mainland with anything but cyber and nuclear weapons. The B-2 has no equivalent in Chinese arsenals, although to be fair a strategic bomber has never been a Chinese priority. There are rumors of a stealth bomber under development in China, but so far nothing tangible has appeared.

Unlike the other weapons on this list, the B-2 bomber has already attacked Chinese territory–technically. The B-2 has name recognition in China for having mistakenly attacked the Chinese embassy in Belgrade during NATO’s 1999 air campaign against Yugoslavia. Three Chinese citizens were killed and 20 wounded in what the Chinese government called a “barbarian act”. The bombing set back U.S.-Chinese relations and ignited considerable anti-American sentiment in China.

The F-35 Lightning II is America’s next-generation fighter-bomber meant to replace existing aircraft such as the F-16, F/A-18C, and A-10. Maligned for being over budget and behind schedule, the F-35 strike fighter has had a rocky development history. Still, if the F-35 does indeed eventually work as advertised it will be a formidable aircraft.

The sheer number of F-35s in service will be problematic for Beijing. Although the U.S. Air Force’s campaign to make every new fighter a fifth generation fighter has been enormously expensive and resulted in an aging fighter fleet, an all-stealth fighter fleet does complicate matters for potential adversaries.

The F-35 will extend China’s stealth problem. In any future conflict, China would already likely see F-22 Raptors based at Kadena Air Base on the island of Okinawa. U.S. Air Force F-16C fighters at Misawa Air Base in northern Japan will likely be replaced with F-35As. The increased range of the F-35 over the F-16 means that fighters from Misawa could theoretically strike the Chinese mainland with standoff weapons. Further complicating the issue for Beijing, some of China’s other potential adversaries, such as Australia, will also be flying F-35s.

All of China’s air defenses, from AEW aircraft to surface to air missiles guarding aircraft carriers to man-portable systems, would have to be optimized against stealth aircraft. Not even the United States is properly prepared for such a threat. While aircraft such as the F-35 are extremely expensive, an all-stealth force does push adversaries to invest in expensive upgrades of their air defenses.

Finally, like the F-22 Raptor, the F-35 has an advanced suite of sensors that add intelligence collection, reconnaissance, and electronic warfare capabilities. The F-35’s AN/AAQ-37 Distributed Aperture System is reportedly capable of tracking ballistic missiles and other targets at ranges exceeding 800 miles, while the APG-81 radar system can map terrain and enemy forces on the ground. These capabilities would be useful not only in wartime, but peacetime as well.