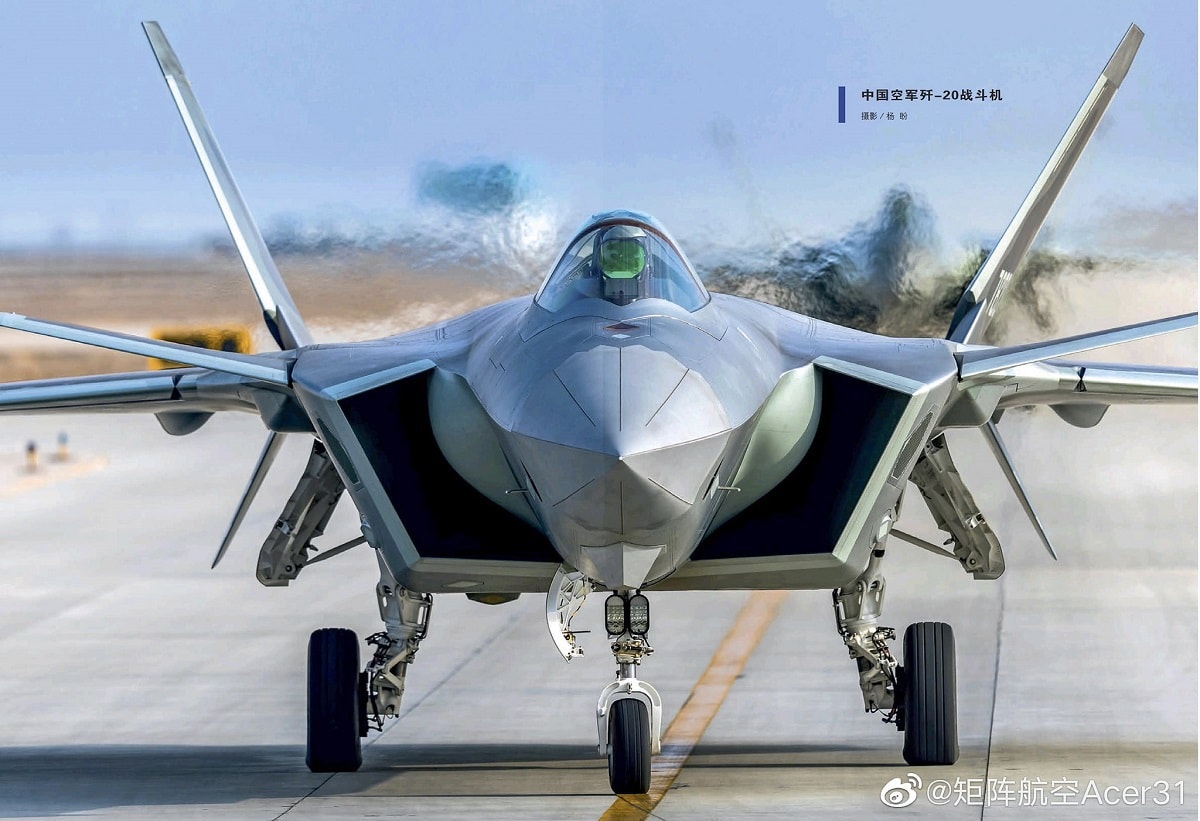 We all know that there are plenty of U.S. weapons the Chinese military would like to get its hands on. The Arsenal of Democracy churns out some of the best, most technologically advanced and versatile weapons in service anywhere. China is willing to steal American military technology to help advance its own military research and development programs.

The United States made extensive use of seaplanes during the Second World War, where they were instrumental in rescuing downed pilots and providing long-range reconnaissance. It was a PBY Catalina seaplane that reported the location of Admiral Nagumo’s fleet, setting the stage for the American victory at the Battle of Midway.

If the United States is serious about fighting across the expanse of the Pacific, it will once again need a long-range aircraft that can land in the water. China’s new AG600 seaplane is the answer. The largest seaplane in the world, it’s as big as a Boeing 737. It can carry up to fifty passengers, has a range of 3,100 miles, and can stay aloft for up to twelve hours.

Washington has expressed interest in so-called hypersonic weapons—weapons that travel at more than five times the speed of sound. Several projects, including the X-51 scramjet—have undergone development, but despite the technical prowess of the United States no one system has reached operational status yet.

The U.S. Marine Corps attempt to replace the AAV-7 amphibious assault vehicle is now in its fourth decade. The original project, begun in 1988 resulted in the Expeditionary Fighting Vehicle, a failed effort that consumed $3 billion dollars before being canceled in 2011.

The U.S. is pressing ahead with the new Amphibious Combat Vehicle initiative, but in the meantime what about the Chinese ZBD-05? Developed by Chinese defense contractor Norinco, the ZBD-05 has a crew of three, can carry ten passengers, and has a 30-millimeter cannon mounted in a turret. It has ballistic protection up to .50 caliber rounds and shrapnel, and has a water speed of up to eighteen miles an hour.

Amphibious capability is going to be key in any future standoff in the Western Pacific. As part of a broader switch to fewer, more capable platforms America’s amphibious fleet is concentrated in massive the Wasp, America, and San Antonio-class ships of the U.S. Navy. Always accompanied by a slew of escorts, these hulking ships attract attention.

The Type 072A landing ship is a frigate-sized amphibious vessel. Just 390 feet long and 3,400 tons empty, the ships can carry three hundred troops, a dozen tanks, or eight hundred tons of cargo. It has a helicopter flight deck on the stern and a well deck that can accommodate China’s version of the LCAC air cushion transport. The Type 072A could be just the thing for quietly slipping into an area, depositing a small company-sized force of marines, and slipping away—without sending in an entire amphibious ready group.

The United States needs a capable littoral combat ship. Despite more than a decade of ship construction and development of high tech “mission modules”, the Littoral Combat Ship program has created a growing fleet of minimally capable ships armed largely with a single 57-millimeter and two 30-millimeter guns.

In the “perfect is the enemy of good” vein of thinking, consider the Type 056 corvette. The Type 056 is a small, 1,500 ton general purpose warship. The Type 056 may not rely on robotics and fancy swappable mission modules, but it’s cheap and available. It has a 76-millimeter gun, two 30-millimeter guns, and four YJ-83 anti-ship missiles. It has a FL-3000N launcher for air self defense.

For antisubmarine warfare, it has two triple-tube 324-millimeter torpedo launchers and more recent versions have a towed-array sonar system. It has a helicopter flight deck but not a hangar.

Kyle Mizokami is a defense and national security writer based in San Francisco who has appeared in the Diplomat, Foreign Policy, War is Boringand the Daily Beast. In 2009 he cofounded the defense and security blog Japan Security Watch.