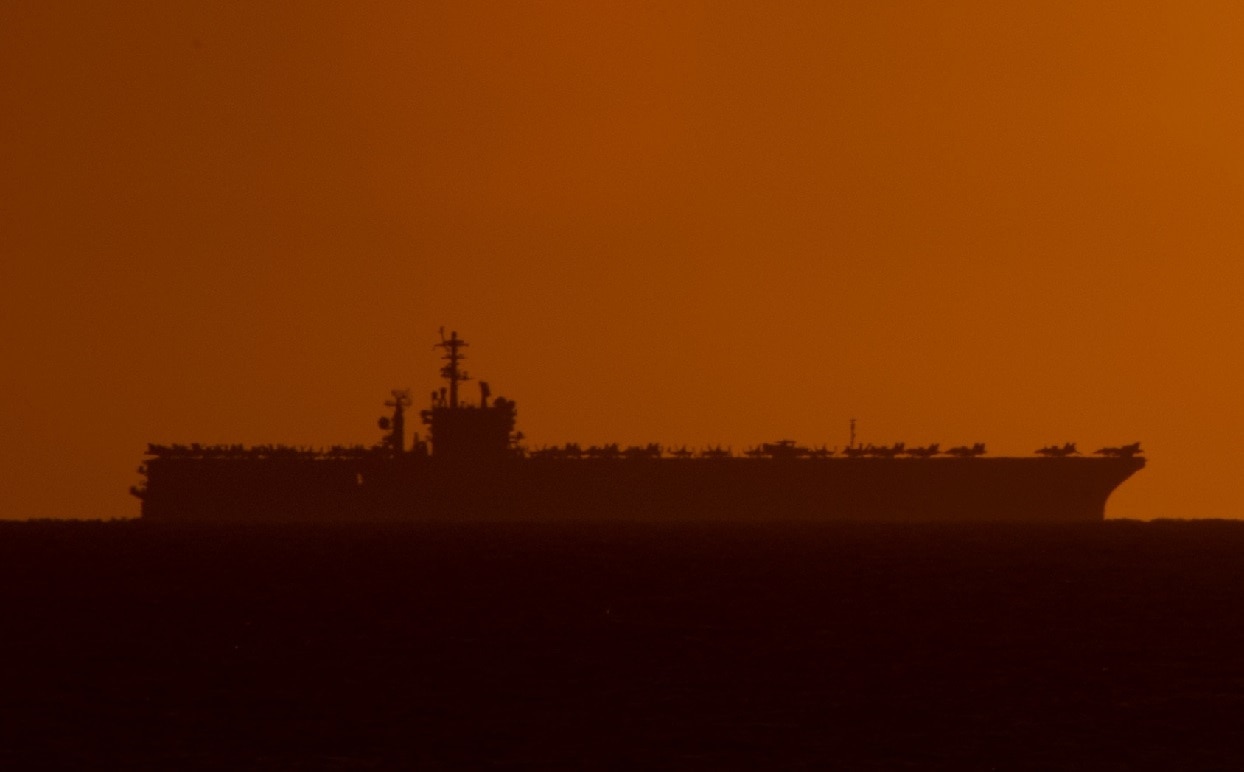 A flying aircraft carrier? Nearly a hundred years ago the U.S. Navy asked a question: if airplanes can fly through the air, why couldn’t a vessel carrying them fly through the air as well? The result was the Akron-class airships, the only flying aircraft carriers put into service in any country. Although promising, a pair of accidents—prompted by the airship’s limitations—destroyed the flying carrier fleet and ended development of the entire concept.

The Akron-class airships were designed and built in the late 1920s. The ships were designed, like conventional seagoing aircraft carriers, to reconnoiter the seas and search for the enemy main battle fleet. Once the enemy fleet was located, the U.S. Navy’s battleships would close with the enemy and defeat them. This was a primitive and limiting use of the aircraft carrier, which had not yet evolved into the centerpiece of U.S. naval striking power.

The airships of the Akron class, Akron and Macon, were ordered in 1926 before the Great Depression. The two ships were commissioned into U.S. Navy service in 1931 and 1933, respectively. The Akron class was a classic pill-shaped interwar airship design, with a rigid skin made of cloth and aluminum and filled with helium. The air vessel was powered by eight Maybach twelve-cylinder engines developing a total 6,700 horsepower. At 785 feet each was longer than a Tennessee-class battleship, had a crew of just sixty each, and could cruise at fifty-five knots. The airships were lightly armed, with just eight .30 caliber machine guns.

Unique among airships, the Akron class carried fixed-wing aircraft and could launch and recover them in flight. Each airship carried up to five Curtiss F9C Sparrowhawk fighters, lightweight biplanes with a crew of one and armed with two .30 caliber Browning machine guns. The airships each concealed a hangar within their enormous airframe and launched and recovered the Sparrowhawks through a hook system that lowered them into the airstream, whereupon they would detach and fly off. The system worked in reverse to recover the tiny fighters.

The flying carrier concept had its advantages and disadvantages compared to the “traditional” seagoing carrier. Akron and Macon were twice as fast as surface ships, and could therefore cover more ground. By their very nature those onboard could see much farther over the horizon than surface ships, and their Sparrowhawks extended that range even farther. For just sixty men manning each airship the Navy had a powerful reconnaissance capability to assist the battle fleet in fighting a decisive naval battle.

The airships did have their disadvantages. Akron and Macon were both prone to the whims of weather, and could become difficult to handle in high winds: in February 1932 Akron broke away from its handlers just as a group of visiting congressmen were waiting to board. Three months later in San Diego, two sailors were thrown to their deaths and a third was injured trying to moor the airship to the ground. Bad weather grounded the airships entirely, weather a traditional seagoing warship could handle with relative ease.

On April 3, 1933 USS Akron was on a mission to calibrate its radio equipment off the coast of New Jersey when it ran into trouble. Strong winds caused the Akron to plunge 1,000 feet in a matter of seconds, and the crew made the snap decision to dump the water ballast to regain altitude. The airship ended up rising too quickly and the crew lost control. Akron crashed into the sea, killing seventy-three out of seventy-six personnel on board, including the head of the Navy’s Bureau of Aeronautics and the commander of Naval Air Station Lakehurst and the station’s Rigid Airship Training & Experimental Squadron.

On February 12, 1935 USS Macon was over the Pacific Ocean when a storm caused the upper fin to fail. Macon had suffered damage to the fin months earlier, but the Navy had failed to repair the damage. The collapse of the upper fin took approximately 20 percent of the ship’s helium with it, causing the airship to rapidly rise. The crew decided to release additional helium to make it sink again, but too much helium was lost and the ship descended into the ocean. Macon’s slower crash than her sister ship Akron, as well as the presence of life jackets and life preservers aboard the airship, ensured that eighty-one out of eighty-three passengers and crew survived the accident.

The loss of both airships effectively ended the flying aircraft carrier concept. It’s interesting to speculate what might have happened had the concept been further developed and survived until the Second World War. As scouts, airship carriers would not have lasted long had they accomplished their mission and located Japanese ships and bases. Oscar and Zero fighters of the Imperial Japanese Army and Navy would have made short work of the delicate airships and their lightweight fighters. On the other hand, airships could have adapted to become formidable antisubmarine warfare platforms for convoy escort duty in the Atlantic Ocean, standing guard over unarmed merchantmen and fending off German u-boats with a combination of fighters and depth charges.