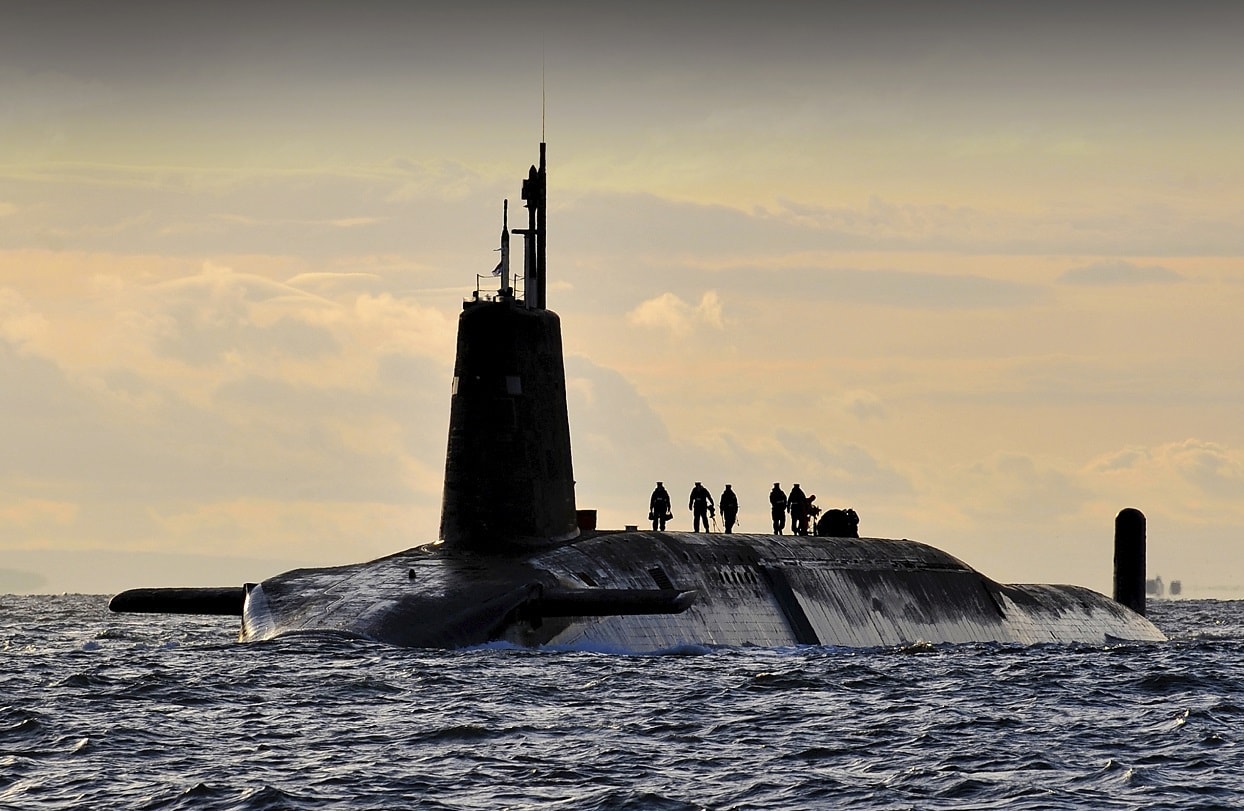 A radiation leak in the Royal Navy submarine HMS Vanguard‘s reactor coupled with the ongoing COVID-19 pandemic has kept the sub from going on patrol.

The HMS Vanguard, the first of the British Royal Navy’s Vanguard-class submarines, armed with Trident submarine-launched nuclear ballistic missiles, has been at the docks for longer than the Royal Navy would like. A British naval yard is refueling the submarine’s nuclear reactor, but not according to schedule or budget.

Jane’s explained that the HMS Vanguard experienced some unexpected problems. “Microscopic cracks were detected in similar fuel rods to those used on Vanguard during trials at a test reactor in Dounreay, on the north coast of Caithness, a decade ago. This prompted the Ministry of Defence to order the submarine to be refuelled even though its reactor was not designed to be refuelled for a second time. The technical challenges of this unforeseen work meant the LOP(R) was already behind schedule when the pandemic struck in March 2020.”

In 2012, the Royal Navy detected low levels of radiation in the submarine’s nuclear reactor coolant system, indicating a breach somewhere within the reactor. The Royal Navy blamed the cracks, as mentioned earlier, on the reactor’s nuclear fuel rod cladding for the radiation leak.

The leak prompted the Vanguard to undergo a deep maintenance period in which the Royal Navy replaced the submarine’s nuclear fuel as a precautionary measure to the tune of £120 million. However, the unfinished effort has taken twice as long as planned and is over budget.

The Navy also took additional precautionary measures to prevent a similar leak from occurring on the other three Vanguard-class submarines.

Then There Was COVID

The ongoing COVID-19 pandemic further hampered the submarine’s repair schedule, as the shipyard undertaking repairs imposed restrictions designed to prevent the spread of the virus that causes COVID-19.

It is not the first time the HMS Vanguard has experienced trouble. In 2009, while on exercises in the Atlantic, the submarine unintentionally collided with the French submarine Le Triomphant, also a nuclear-powered submarine. The collision happened at low speed, with experts surmising that neither sub had been able to detect the other. Though neither submarine was severely damaged, both required some limited repairs. Neither the French nor the British reported any radiation leaks.

The HMS Vanguard is slated to finish its refueling process sometime next year, in time to visit the United States and conduct a live-fire Trident missile test with an unarmed missile. However, it remains to be seen if the sub’s nuclear fuel refit will be completed in time for the test, given the complicated nature of the repair.