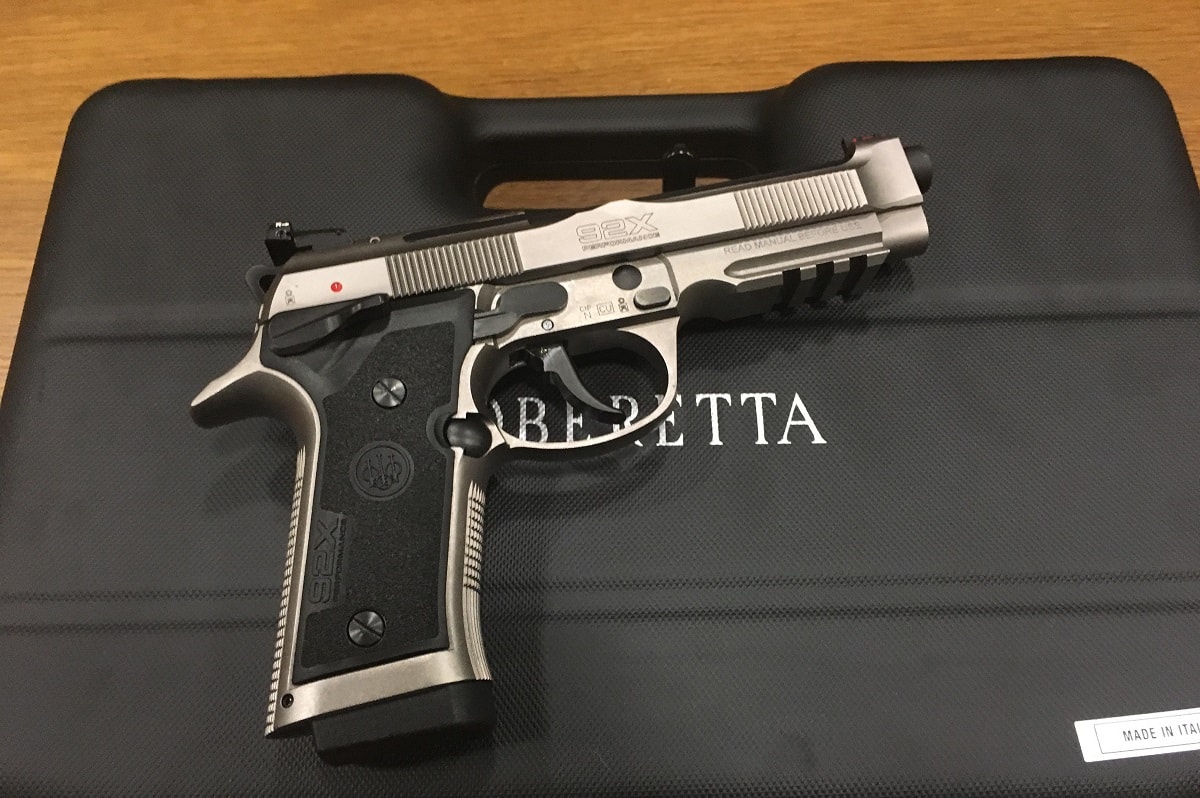 In 2019, the Beretta 92 had a mild renaissance. Long derided by veterans and service members in as being hard to shoot, bulky, and unreliable in the military M9 configuration, the Beretta started to become hip again. Likely as a result of the increased interest, Beretta announced a new version of the Beretta 92, the 92X in the summer of 2019.

But what prompted the continued interest in the Beretta 92? A lot of it can be attributed to one man, Ernest Langdon, a USPSA Grand Master. Langdon is a longtime proponent of Beretta pistols and works intermittently with Beretta as an instructor. In 2018, he leveraged this relationship to build his ideal Beretta, combining parts from various Beretta models to create the Beretta 92G Elite Langdon Tactical Technology, or LTT.

The LTT combined the M9A1 railed, single-slot frame with a Vertec slide, dovetailed sights, thin grips, and a match barrel. The pistol is also “tuned” with additional bevels and a smoother trigger than many other factory Berettas lack.

The result is a superb double-action/single-action pistols with a “silky smooth” double-action trigger pull, a significant improvement over the stiffer triggers on military and police Berettas. The single-action is likewise improved. As a result, the LTT was popular with many gun personalities in 2019. Some speculated that it was one of the best selling “special” Berettas in the history of the pistol. However, with refinement comes cost. The LTT costs from 800-1000 USD, around double the price of a standard Beretta 92FS or M9A1.

With the 92X, Beretta seems to be bringing it back for good. The rest of the pistol is also very competition focused, with beveled mag wells, as well as “production”, “standard”, and “open” versions of the pistols optioned, corresponding to the various USPSA competition divisions. Beretta’s release of the 92X is probably an attempt to make the 92 relevant on the competition market, a market which is currently dominated by other manufacturers, but primarily 2011s, CZs and CZ variants.

Despite the success of the LTT and the release of the 92x, the cheap prices of regular Beretta 92s may result in regular variants of the 92s being popular sellers for many years to come. The many years of producing them for the U.S. military, along with the regular lot acceptance tests that come with it have resulted in the average Beretta 92 being absolutely reliable.

In press releases subsequent to the Army’s selection of the M17 as its next pistol, Beretta revealed that of the latest batches of M9 delivered to the military, M9s only malfunctioned once every 19,090 rounds. As M9s and 92FSs only cost around 450 USD, they are among the most reliable pistols around that price point.