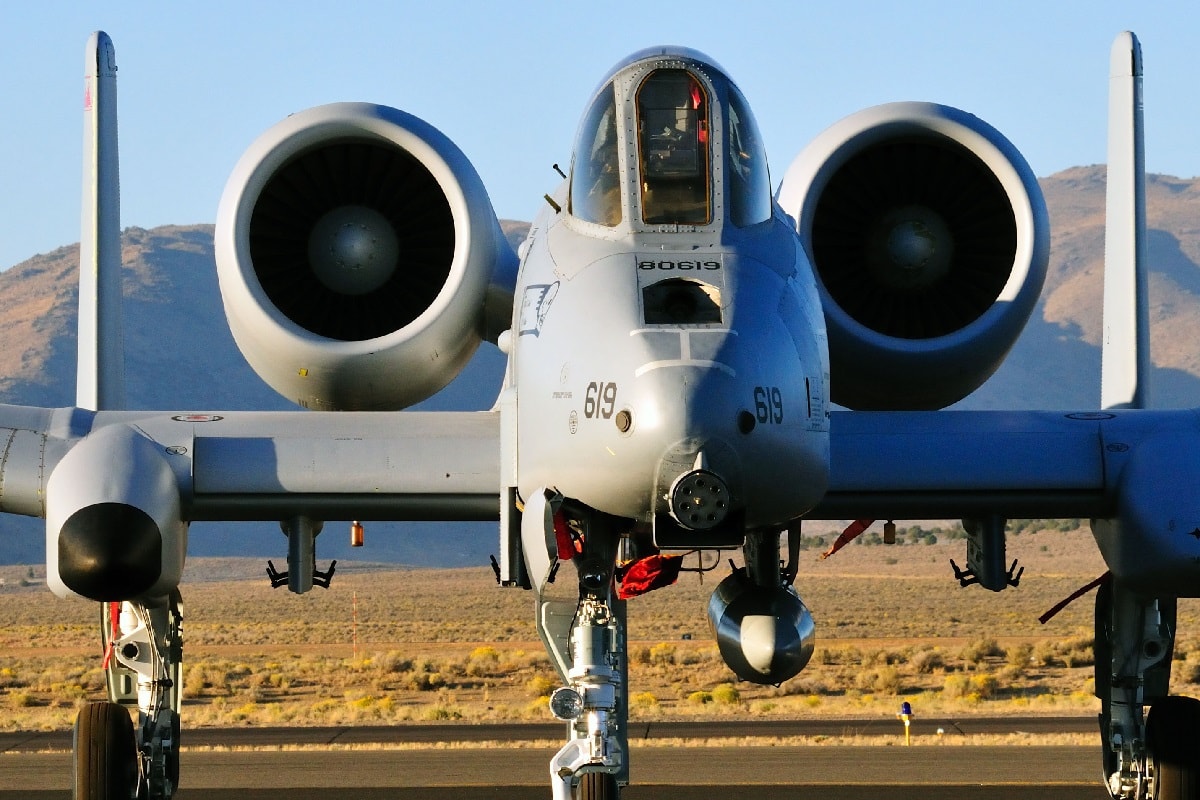 Perhaps best known for its GAU-8 Avenger 30mm gatling gun mounted on the nose, the beloved A-10 Warthog is considered to be the U.S. Air Force’s go-to low-altitude close air support aircraft.

Throughout the course of its long service, there certainly have been many instances in which it eclipsed it max intended speed. That’s why air brakes or speed brakes are so important.

“When extended into the airstream they cause an increase in the drag on the aircraft,” notes Dario Leone at the Aviation Geek Club.

But exactly how effective are these devices?

Lynn Taylor, a former A-10 Warthog driver, tried to explain his personal experience on Quora.

He writes: “The barn doors on this baby are incredibly effective. Usually. It’s one of the few jets I know of that will make you lean forward in the straps when you open the barn doors all the way. (I know, the Hawg is an exception…) You wouldn’t think that something that takes bird strikes from the rear would need help going even slower. However, they really help when you want a really short landing roll, or when doing a really steep dive bombing attack. Note that these surfaces double as the ailerons. When used as brakes, the ailerons split open … see how they spread out both above and below the wing?”

Then Taylor recalled: “There I was … I actually oversped the A-10 on a dive attack once. In Alaska, in the dead of winter. Not that my airspeed was that fast (hey, it’s the Hawg), but the temperature was such that the Mach speed was pretty low that day. I exceeded the max allowable Mach number (around 0.56M IIRC), saw the barber pole on the airspeed indicator, and heard that strange beeping sound in my helmet telling me that something was wrong.”

Then it “took me a few seconds to dredge up from the recesses of A-10 training what all of those things meant. My indicated airspeed was good on the attack, but the Mach number was what bit me. Remember, this was with full boards out in a steep dive. So, we knocked it off and, not knowing how serious this really was … (after all, neither my wingman nor I had ever heard of anyone overspeeding in the Hawg. It was more of a theoretical thing) … and drove home without declaring an emergency. I wrote it up in the forms and went to debrief.”

A-10 Warthog Will Do What It Wants

“I got pulled out of debrief to talk to the maintenance crew. ‘Uhm, sir, I know you wrote it down in the forms, but what exactly happened again?’ They didn’t see anything in the maintenance manuals explaining what to do in the event of an overspeed. So, they called the depot maintenance shop at Hill AFB, UT and asked them. They scratched their noggins and said ‘Let us get back to you.’ Then those guys talked to some engineers. When they finally called back to the Alaska maintenance folks, they asked did any panels come off? No. Did anything get bent out of shape? Uhm, no. Did it pop any rivets? Nope. Then it should be good to go,” he continued.

As for his conclusion, there were two important lessons: “Speed brakes won’t keep even the A-10 from going too fast. The A-10 can shrug off just about anything … including going too fast.”