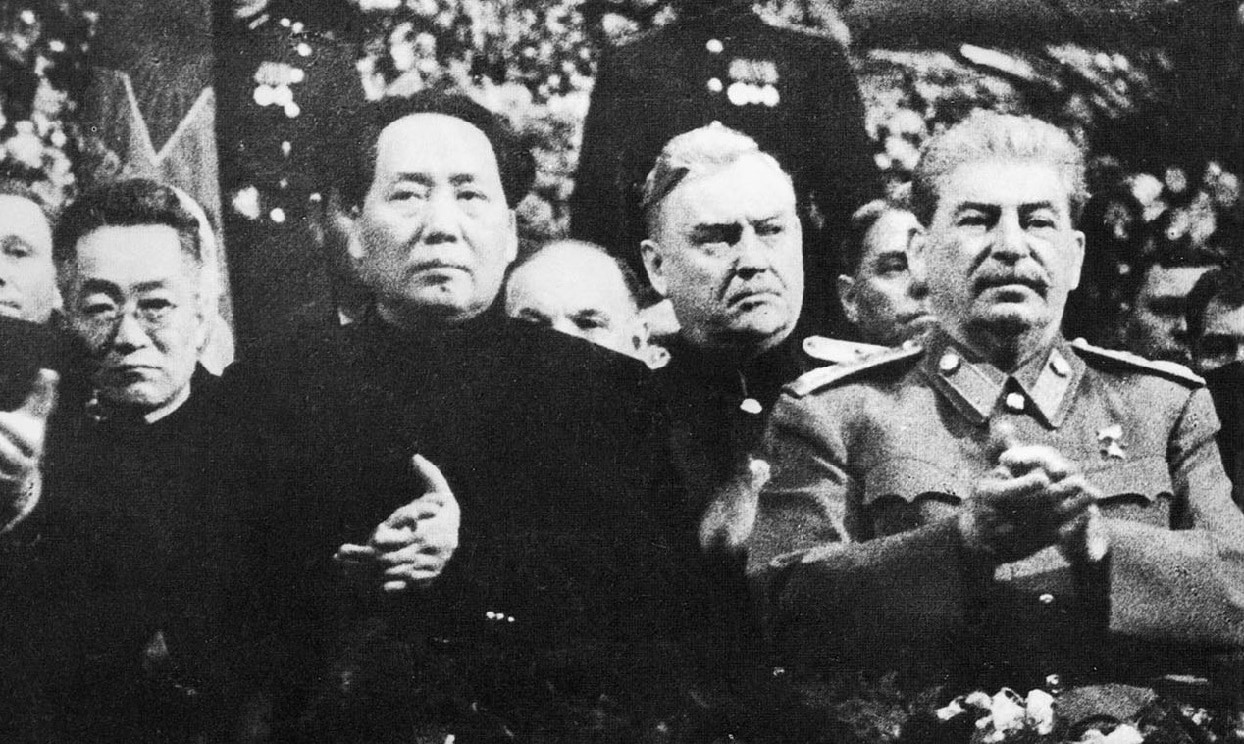 For thirty-seven years, Mao Zedong occupied a singular position atop the Chinese Communist Party (CCP), governing organization of the world’s largest country. For over a dozen years, Mao had led the CCP through wilderness (literally), fighting off factional opponents, the armies of Chiang Kai Shek, and the invading forces of the Empire of Japan. In the next decades, Mao would put a deep imprint on the politics and history of China, rarely for the good.

Modern scholarship on the history of the CCP has demonstrated that Mao rarely, if ever, had complete control over the Party machinery. He struggled through his entire tenure against competitors, both bureaucratic and ideological. Many of the decisions Mao made had strong support from the rest of the CCP, and emerged more from consensus that from authoritarian diktat. Nevertheless, the CCP and the People’s Republic of China (PRC) bore the special imprint of Mao’s ideological conviction and genius for infighting.

What if Mao had died in 1949, shortly after the declaration of the existence of the People’s Republic of China? How might China’s domestic and foreign policy have fared in the absence of the Great Helmsman?

For better or worse, Mao Zedong supplied a strong ideological foundation for the existence of the CCP, and for its provision of single-party control over the PRC. This melded a modified form of Marxist economic doctrine with Soviet state Leninism, leavened by a strong dose of anti-colonial thought. This ideological foundation, and the cult of personality that the CCP established around Mao, helped provide unity for the party and the state throughout the PRC’s early years, allowing it to weather such crises as the Korean War, the ongoing challenge of the survival of Chiang Kai Shek’s regime on Taiwan, and the Sino-Soviet Split. It also helped drive crises, including the Great Leap Forward, the aforementioned split with the USSR and the Cultural Revolution.

But Mao Zedong was far from the only important figure in the CCP in 1949. The struggle against Chiang and the Japanese had given many prominent commanders and administrators the chance to prove their worth. Other major political players in 1949 included Peng Dehuai, senior PLA commander; Liu Shaoqi, a key theorist and administrator; Zhou Enlai, Mao’s long-time right-hand man; Lin Biao, another senior commander and close confidant of Mao; Zhu De, founder of the PLA; Gao Gang, Bo Yibo, and Chen Yun, chief economic administrators; Deng Xiaoping, protégé of Liu Shaoqi, and Yang Shangkun, military and political leader during the Revolution.

Mao’s prominence among this group played an important role in stifling infighting; he could command sufficient legitimacy inside and outside the party that the other major players remained in check. It is unlikely that any other figure in the PRC could have provided the same degree of prestige and ideological heft. This would have made it difficult, at least in the early going, to pursue a “cult of personality” state-building strategy.

In Mao’s absence, the factions that formed around these prominent figures (and others) might have descended into open combat with one another. As is often the case with revolutionary insurgencies, the Chinese Communist Party was riven with factionalism even as it took power in Beijing in 1949. Different components of the People’s Liberation Army had fought entirely different wars, in different areas, with different tactics and organizational structures.

Powerbrokers within the CCP commanded the allegiance of portions of the PLA, which provided them with security from factional conflict. Without Mao to keep them in check, the PLA itself might have become embroiled in political infighting. Moreover, the USSR (which had substantial influence in the 1950s) might have decided to support one faction or another, leading to even more fighting.

Mao Zedong was the primary driver behind the Great Leap Forward, a project designed to spur industrialization but that instead resulted in massive famine. Mao wasn’t alone; much of the rest of the CCP supported, or at least acquiesced, in the project. However, Mao’s idiosyncratic views on expertise, and his faith in the power of the peasantry, made the Great Leap much worse than it otherwise might have been. In the end, millions died in a campaign that Liu Shaoqi himself declared resulted from “70% human error.” The Great Leap also resulted in the purging of Peng Dehuai (critic of Mao), and the sidelining of Mao from the day-to-day domestic decision-making process. Under the guidance of Liu Shaoqi or similar figure, China would likely not have embarked on such a risky, dangerous course towards modernization, and millions might have lived.

The sidelining of Mao after the Great Leap Forward helped set the stage for the next great upheaval. The Cultural Revolution did not spring fully formed from the mind of Mao Zedong, but he did drive most of its main elements, and the ideological brew it created benefitted Mao at the expense of his competitors. Mao fueled the sense of ideological resentment among a younger generation of Chinese students in order to break the back of the parts of the CCP that opposed him and that, in the early 1960s, had worked hard to sideline him. The impact was dreadful in nearly every way imaginable; millions died, Chinese state capacity atrophied, science and innovation slowed, and the PRC withdrew from the international community. While some of the underlying tensions in China would have existed even without Mao, he played a key role in activating those tensions, and creating a political disaster of epic proportions. Without Mao, China might not have lost an entire decade of economic, social, and technical progress.

The PRC stood in precarious position in the wake of its declaration. The Republic of China, led by Chiang Kai Shek, remained in existence on Formosa, with the United States acting as apparent security guarantor. The Soviet Union offered ideological, military, and economic support, but at the price of full alignment. For a decade, the PRC took this deal. The Soviets supplied support for Chinese military operations in Korea, and helped lay the foundation for the PRC’s military-industrial complex. The Soviets also helped jumpstart China’s nuclear weapons program.

In 1956, Nikita Khrushchev’s turn against Stalin’s cult of personality cut hard into Mao’s own ideological foundation. Tensions increased as China and the USSR pursued divergent approaches to confrontation with the West; Mao preferred taking risks, while Khrushchev wanted to play it safe. Mao had managed to maintain control over the greater part of the foreign policy apparatus of the PRC, giving him ample space to carry out a feud with the USSR. While other voices within China also resented the Soviets, Mao’s ideological convictions, along with his special role at the top of the CCP, helped poison Sino-Soviet relations and bring about a dramatic split between the two countries.

Ten years later, Mao would override many of the rest of the senior leadership (Lin Biao, longtime confidant, died under suspicious circumstances) to seek an opening with the United States. This decision, which permanently detached China from the increasingly moribund USSR and paved the way for opening the PRC’s economy and society, remains Mao’s most meaningful positive contribution to China’s success. Without Mao, the PRC might have pursued Lin Biao’s preferred policy of re-engaging with the Soviet Union.

China would have struggled to emerge from civil war and its agrarian roots regardless of who guided the ship of state. The establishment of the cult of personality around Mao undoubtedly helped prevent some nasty conflicts between the leaders of the CCP, and assured a degree of unity against foreign foes. But it also gave Mao Zedong, a man with a special talent for human misery, the ability to guide the destinies of hundreds of millions of people for several decades.

Robert Farley serves as a Senior Lecturer at the Patterson School of Diplomacy and International Commerce at the University of Kentucky. His work includes military doctrine, national security, and maritime affairs. He blogs at Lawyers, Guns and Money and Information Dissemination and The Diplomat.