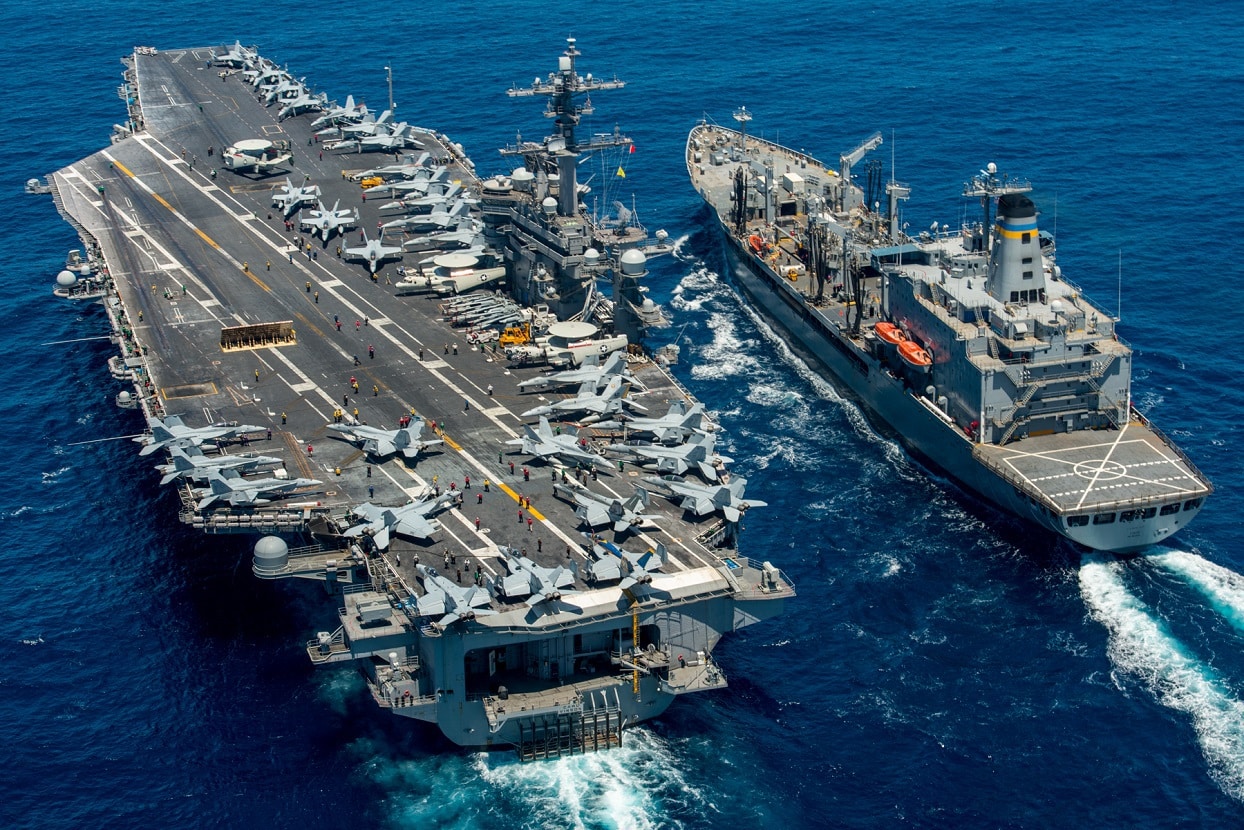 More than twenty years ago, a military confrontation in East Asia pushed the United States and China uncomfortably close to conflict. Largely unknown in America, the event made a lasting impression on China, especially Chinese military planners. The Third Taiwan Crisis, as historians call it, was China’s introduction to the power and flexibility of the aircraft carrier, something it obsesses about to this day.

The crisis began in 1995. Taiwan’s first-ever democratic elections for president were set for 1996, a major event that Beijing naturally opposed. The sitting president, Lee Teng-hui of the Kuomintang party, was invited to the United States to speak at his alma mater, Cornell University. Lee was already disliked by Beijing for his emphasis on “Taiwanization,” which favored home rule and established a separate Taiwanese identity away from mainland China. Now he was being asked to speak at Cornell on Taiwan’s democratization, and Beijing was furious.

The Clinton administration was reluctant to grant Lee a visa—he had been denied one for a similar talk at Cornell the year before—but near-unanimous support from Congress forced the White House’s hand. Lee was granted a visa and visited Cornell in June. The Xinhua state news agency warned, “The issue of Taiwan is as explosive as a barrel of gunpowder. It is extremely dangerous to warm it up, no matter whether the warming is done by the United States or by Lee Teng-hui. This wanton wound inflicted upon China will help the Chinese people more clearly realize what kind of a country the United States is.”

In August 1995, China announced a series of missiles exercises in the East China Sea. Although the exercises weren’t unusual, their announcement was, and there was speculation that this was the beginning of an intimidation campaign by China, both as retaliation against the Cornell visit and intimidation of Taiwan’s electorate ahead of the next year’s elections. The exercises involved the People’s Liberation Army’s Second Artillery Corps (now the PLA Rocket Forces) and the redeployment of Chinese F-7 fighters (China’s version of the MiG-21 Fishbed fighter) 250 miles from Taiwan. Also, in a move that would sound very familiar in 2017, up to one hundred Chinese civilian fishing boats entered territorial waters around the Taiwanese island of Matsu, just off the coast of the mainland.

According to Globalsecurity.org, redeployments of Chinese long-range missile forces continued into 1996, and the Chinese military actually prepared for military action. China drew up contingency plans for thirty days of missile strikes against Taiwan, one strike a day, shortly after the March 1996 presidential elections. These strikes were not carried out, but preparations were likely detected by U.S. intelligence.

In March 1996, China announced its fourth major military exercises since the Cornell visit. The country’s military announced a series of missile test zones off the Chinese coastline, which also put the missiles in the approximate direction of Taiwan. In reality, China fired three missiles, two of which splashed down just thirty miles from the Taiwanese capital of Taipei and one of which splashed down thirty-five miles from Kaohsiung. Together, the two cities handled most of the country’s commercial shipping traffic. For an export-driven country like Taiwan, the missile launches seemed like an ominous shot across the country’s economic bow.

American forces were already operating in the area. The USS Bunker Hill, a Ticonderoga-class Aegis cruiser, was stationed off southern Taiwan to monitor Chinese missile tests with its SPY-1 radar system. The Japan-based USS Independence, along with the destroyers Hewitt and O’Brien and frigate McClusky, took up position on the eastern side of the island.

After the missile tests, the carrier USS Nimitz left the Persian Gulf region and raced back to the western Pacific. This was an even more powerful carrier battle group, consisting of the Aegis cruiser Port Royal, guided missile destroyers Oldendorf and Callaghan (which would later be transferred to the Taiwanese Navy), guided missile frigate USS Ford, and nuclear attack submarine USS Portsmouth. Nimitz and its escorts took up station in the Philippine Sea, ready to assist Independence. Contrary to popular belief, neither carrier actually entered the Taiwan Strait.

The People’s Liberation Army, unable to do anything about the American aircraft carriers, was utterly humiliated. China, which was just beginning to show the consequences of rapid economic expansion, still did not have a military capable of posing a credible threat to American ships just a short distance from of its coastline.

While we might never know the discussions that later took place, we know what has happened since. Just two years later a Chinese businessman purchased the hulk of the unfinished Russian aircraft carrier Riga, with the stated intention of turning it into a resort and casino. We know this ship today as China’s first aircraft carrier, Liaoning, after it was transferred to the PLA Navy and underwent a fifteen-year refurbishment. At least one other carrier is under construction, and the ultimate goal may be as many as five Chinese carriers.

At the same time, the Second Artillery Corps leveraged its expertise in long-range rockets to create the DF-21D anti-ship ballistic missile. The DF-21 has obvious applications against large capital ships, such as aircraft carriers, and in a future crisis could force the U.S. Navy to operate eight to nine hundred miles off Taiwan and the rest of the so-called “First Island Chain.”

The Third Taiwan Crisis was a brutal lesson for a China that had long prepared to fight wars inside of its own borders. Still, the PLA Navy deserves credit for learning from the incident and now, twenty-two years later, it is quite possible that China could seriously damage or even sink an American carrier. Also unlike the United States, China is in the unique position of both seeing the value of carriers and building its own fleet while at the same time devoting a lot of time and resources to the subject of sinking them. The United States may soon find itself in the same position.