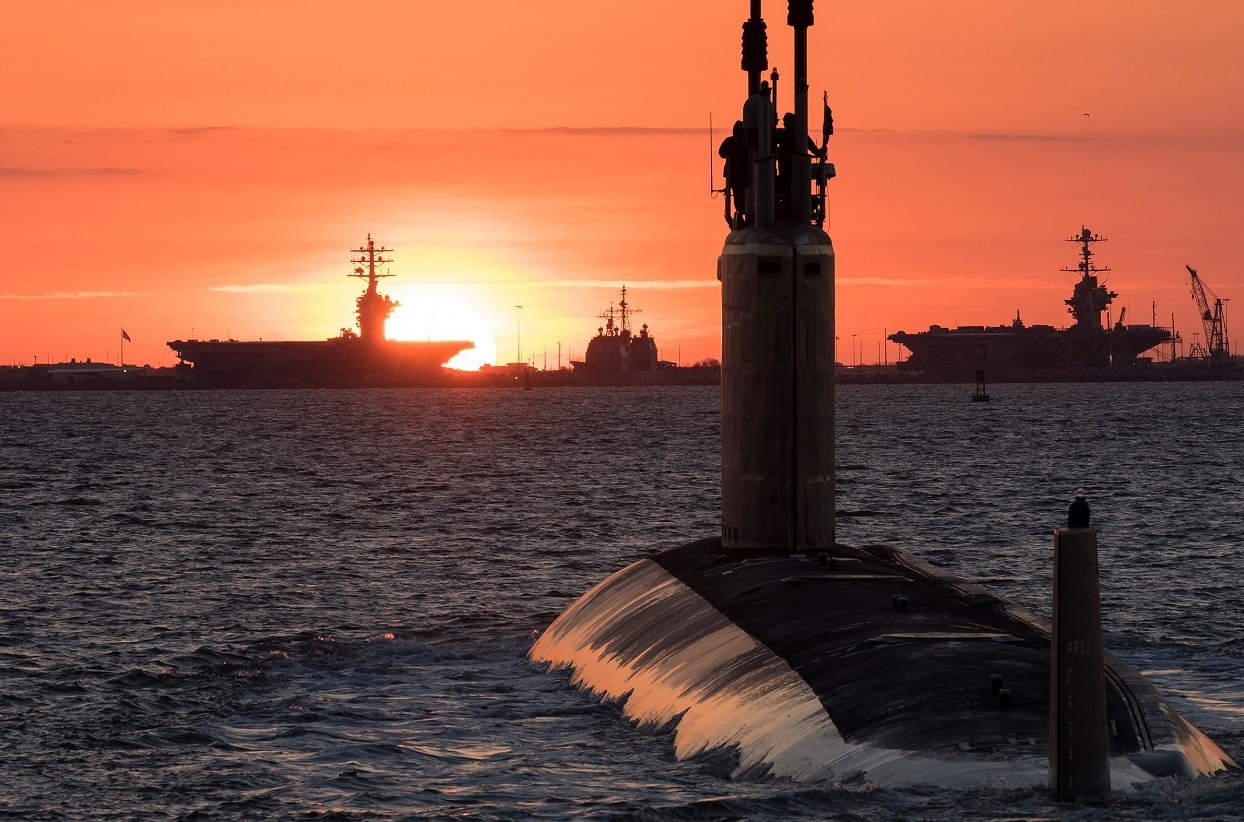 When one looks at a map, it becomes clear that considering the vast amount of ocean and vital sea lanes Australia needs to ensure are secure, nuclear-powered submarines always made a lot of sense. Simply put, even modern diesel-electric submarines powered by AIP technology just won’t cut it.

This has been something I have been a fan of for nearly a decade, as I always tried to seek out this perspective as an Editor in various publications throughout my career, a view that was not popular then for sure. In fact, years back, when I went to publish a commentary on the subject when sent in for review at a former employer, the op-ed was almost killed as it was considered “wishful thinking”.

Considering the recent AUKUS deal, I present below my 2021 interview with Australian national security expert Ross Babbage. A fellow traveler in the quest for Australian nuclear-powered attack submarines, he led the charges on this issue and his ideas deserve another look. Here is a short excerpt of the conversation we had when I served as Editor-In-Chief of The Diplomat back in 2012:

Response: I remain strongly of the view that the best submarines for Australia for the coming 40 years would be 10-12 leased or bought Virginia or Astute class boats.

The Virginia class boats, in particular, are well sorted and reliable, they have low risk, they have known costs, they never need to be refueled and they could be acquired with associated training programs and system upgrade pathways.

However, the current Australian government refuses to consider either of these classes because they have nuclear propulsion. It appears headed towards some sort of modified version of the Collins class acquisition strategy, with all the risks that that entails.

Were the Australian government to be open to a Virginia or Astute option following next year’s election, it would be sensible to have discussions with both the U.S. and U.K. governments. However, all other things being equal, if the U.S. government were open to the idea, it would seem more sensible for Australia to opt for the Virginia Class. Australian boats of this class would be operating in very close cooperation with U.S. boats in Pacific and Indian Ocean waters. There are likely to be substantial advantages flowing to both countries from joint basing, logistic support, training and many other aspects.

It’s also worth noting that the U.S. Navy has advised Congress that it expects to be operating a global total of 39 SSNs in 2030. In a Western Pacific crisis in that timeframe it might have 30 to 31 SSNs available for operations, and it may be able to deploy some 20 to 24 into the primary operational theatre. Should the US be able to rely on 8 to 10 Australian SSN’s operating in very close cooperation with the U.S. boats, this could equate to a 30 percent to 40 percent combat supplement. This type of consideration should make the general idea attractive both to Washington and Honolulu.

Question: As you have commented before, the cost of submarine development from design, testing and deployment is a very expensive undertaking. Is there any possibility of a coalition of nations, such as maybe the United States, Britain and Australia sharing costs to develop a new submarine platform that could meet their diverse needs? What would be the challenges to such a project? Could other nations possibly be involved?

Response: This is an intriguing possibility and may deserve some consideration. However, I am well aware of the difficulties that have been experienced by most international defense cooperation programs in recent decades. I’m also acutely aware of the extreme sensitivity of many of the technologies in sub-surface military systems and the caution with which they are shared, even between the closest of allies.

If the U.S. or U.K. governments felt that this type of collegiate approach was worth considering I’d certainly support the idea of Australia participating in preliminary discussions. However, I’d be surprised if the U.S. found such an approach attractive. Certainly, Australia isn’t well-placed to propose such an initiative, at least in its current circumstances.

My guess is that the best prospects for success in such a cooperative submarine program would be won if it was purely a bilateral program involving either the US and Australia or, possibly, the U.K. and Australia. A trilateral U.S.-U.K.-Australia program might also be feasible, but the more parties that were involved the more complexities, the greater the risks, and the more doubtful the benefits.

Harry J. Kazianis is a Senior Director at the Center for the National Interest. You can follow him on Twitter: @Grecianformula.