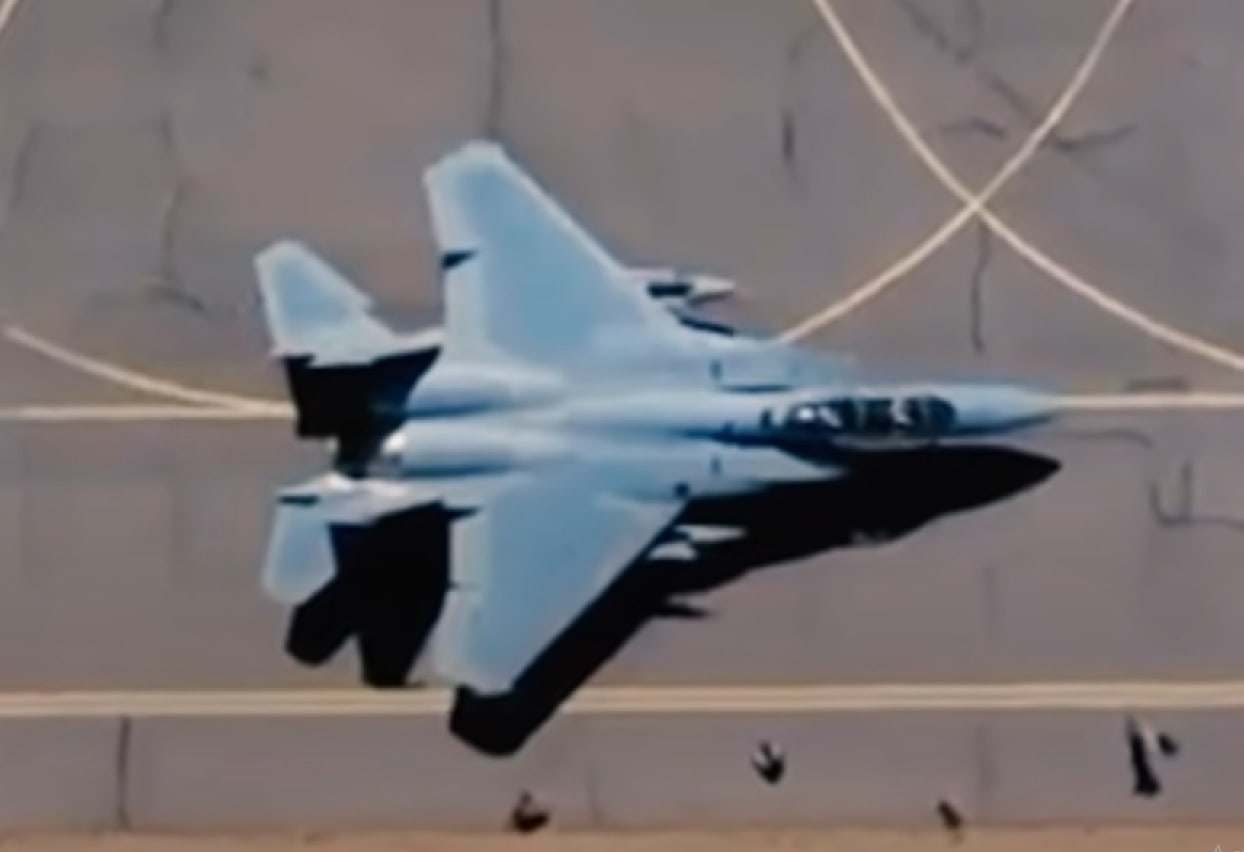 The United States, for quite some time, has been selling F-15 fighter jets to Saudi Arabia. In 2011, CNN reported, the United States reached an agreement with the Saudis to sell them nearly $30 billion worth of F-15 jets. That deal included eighty-four new F-15SA aircraft and “modernization” of seventy existing jets, along with “munitions, spare parts, training, maintenance and logistics,” the then-Assistant Secretary of State for Political-Military Affairs Andrew Shapiro told the media at the time.

In November of 2020, Boeing received a $9.8 billion contract, worth “up to $9.8 billion,” for modernization and design work on the Saudis’ F-15 fleet, per Flight Global.

“F-15SA fighters operated by the Royal Saudi Air Force, or RSAF, have demonstrated one of the Eagle’s lesser-known capabilities — knocking out warships and other vessels using AGM-84 Harpoon anti-ship missiles,” The Drive reported. “The RSAF also showed off its ability to strike such targets at a considerable distance, with Harpoon-armed F-15 jets flying nonstop from Saudi Arabia to a location off the coast of Pakistan with tanker support.”

Video footage of the exercise was also released by International Defence Analysis which you can watch below.

The Drive also noted that it’s rare for such jets to carry those types of missiles.

“While the F-15SA and other advanced derivatives of the U.S. Air Force’s F-15E Strike Eagle are known for their ability to carry a wide range of ordnance, precision-guided and otherwise, the aircraft are not often seen carrying Harpoon anti-ship missiles,” the site said. “In fact, other than South Korea, Saudi Arabia is the only operator known to have integrated Harpoon on its Eagles. However, Qatar is also buying the ship-killing missiles for its fleet of F-15QA jets, aircraft you can read about in more detail here.”

Saudi Arabia is in the news this week for something else: Saudi Arabia’s Public Investment Fund (PIF) has announced a deal to become the new controlling owner of Newcastle United, a soccer club in the English Premier League. The PIF is controlled by Crown Prince Mohammed bin Salman.

According to BBC, “some football fans are concerned over the involvement of Saudi Arabia’s Crown Prince Mohammed bin Salman – because of Saudi Arabia’s record on human rights.” However, also according to that report, the Premier League has received “legally binding assurances” that the Saudi state will not have direct control of the club.