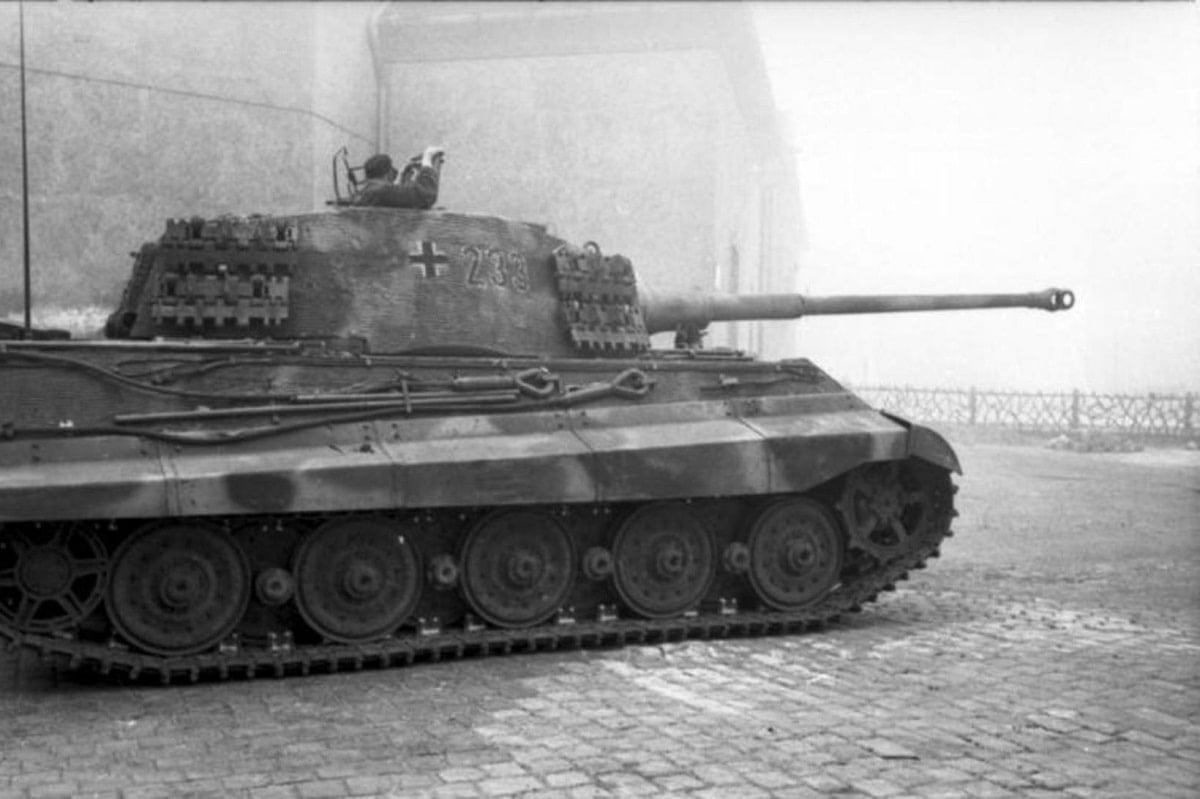 It can be argued that the best tank is the one that destroys the enemy. Or, depending on your point of view, it’s the one that isn’t shooting at you.

But otherwise, choosing the top tank is always a nightmare of technical and historical analysis. There are so many variables, and so many experts and history buffs that will argue those variables to the death. Yet into the fray steps “Armored Champions: The Top Tanks of World War II”, written by Steven Zaloga, a defense analyst and well-regarded writer on World War II armored warfare.

So let’s cut to the chase. What’s the best tank of World War II?

Sorry, armor fans, but there isn’t one! Zaloga wisely avoids the scholarly minefield of picking The Greatest Generation’s Greatest Tank. “A tank protected with 45-millimeter armor was invulnerable in 1941, but it was doomed to quick defeat by 1945,” he writes. “A tank armed with a 76-millimeter gun was a world-beater in 1941, but by 1945 was a pop-gun in a tank-versus-tank duel.”

Instead, “Armored Champion” hedges its bets by spreading them. Instead of one best tank for World War II, there is one best tank for each year of the war. More important is how the author tackles the vexing question of why the seemingly “best” tanks so frequently belong to the losing side. For example, markedly inferior German armor decimated the Soviet tank fleet in 1941, while Israeli Super Shermans — upgraded World War II leftovers — destroyed modern Russian tanks in 1973.

Zaloga tackles this conundrum by picking two champions per year. The first he calls “Tanker’s Choice,” awarded to the vehicle that ranks highest according to the traditional yardsticks of firepower, armor and mobility. But the second he calls “Commander’s Choice,” which is based upon a tank’s overall usefulness in light of factors such as reliability and quantity produced. Thus while Germany’s legendary Tiger boasts more firepower and armor than the humble StuG III assault gun (a turretless tank with the gun stuck in the hull), “the German army could have bought 10 StuG III assault guns or three Tiger tanks,” Zaloga writes. “Factoring in reliability, the Wehrmacht could have had seven operational StuG IIIs or one operational Tiger tank.”

This choice of analysis produces some surprising results. French armor gets as much respect as Rodney Dangerfield, but in 1940, the Somua S-35 wins Tanker’s Choice for its balance of armor, firepower and mobility. Yet the problem with the S-35 and many other early war Allied tanks was their two-man turret, where the tank commander was also responsible for firing the gun. This meant the tank commander couldn’t keep his eyes on the battlefield, which in turn meant a lack of situational awareness and an inability to respond to changing battlefield conditions.

In contrast, the German Mark IV, with its low-velocity main gun, may have been inferior on paper. But it had a three-man turret with a designated gunner and loader, leaving the commander free to actually command the tank. Thus, the Mark IV wins Commander’s Choice, because it was superior as a tool for winning battles.

Some of Zaloga’s choices are less surprising. The only tank in “Armored Champions” to receive both the Tanker’s and Commander’s prize is the T-34 in 1941. Despite a two-man turret, its superior firepower, armor and mobility shocked the hitherto-invincible German panzers, as well as German infantry terrified to see their anti-tank guns bounce off the T-34’s thick skin. Some might object that the Germans decimated the Soviet tank fleet in 1941 anyway, but that was more a result of poorly trained tank crews, poor maintenance, and inept Soviet tactics. The T-34 wasn’t a champion because it won battles in 1941, but rather because it kept the Soviets from losing worse than they did.

It is in 1943 that the contrast between technical capability and battlefield utility becomes most striking. Not surprisingly, the Tiger I is Tanker’s Choice because of its thick armor and powerful gun, which created “Tiger fright” among Allied troops. But Tigers were expensive, few in number (only 1,347 were built, compared to 84,000 T-34s)  and hard to maintain. The depleted and desperate German infantry divisions on the Eastern Front needed armor support to stave off massed waves of T-34s, and a few battalions of overworked Tigers were not going to save them. It was the little StuG III assault gun, not much taller than a man, which saved the day. It was cheap, had decent armor and firepower, and stiffened the hard-pressed German infantry against the relentless Soviet offensives. Hence, the StuG III assault gun knocks out the Tiger for Commander’s Choice.

In 1944, the German Panther, whose balance of firepower, protection and mobility influenced post-war Western tank design, wins on technical grounds, while the Soviet T-34/85 was most useful because of its solid capabilities coupled with large numbers flowing from the factories. If U.S. and British tanks seem strangely absent from their list, it was the mediocrity of models like the Sherman and the Cromwell that made it so. Though the British Matilda briefly ruled North Africa in 1940-41, and the Sherman was actually quite good when it debuted in 1942, it isn’t until the war was nearly over that Western Allied tanks win plaudits. In 1945, the American M-26 Pershing edging out the formidable, but overweight and unreliable, German King Tiger for Tanker’s Choice, while the Sherman model M4A3E8 wins Commander’s Choice for its reliability, quantity and high-velocity armor-piercing ammunition.

Much of this material will be familiar to those who know something about tank design and armored warfare. But Zaloga has a knack for sneaking in various fascinating facts. For example, the T-34 had impressive specifications but serious reliability issues in the field: U.S. experts examining a 1942-model T-34 were shocked to discover that the life of the tank’s diesel engine was only 72 hours, while the engine air filter was so poorly designed that motors could only survive a few hundred miles of dusty roads before they were finished (the Americans also discovered that the British Cromwell required 199 man-hours of maintenance compared to 39 for the M4A3).

Do historical rankings make a difference beyond mere curiosity? The answer is yes, for those wise enough to learn from history. The post-1945 U.S. military has been fond of cutting-edge weapons; if you could transport today’s Pentagon back to 1943, it would doubtless choose to build Tigers instead of Shermans or T-34s.

At a time when the U.S. defense budget is grappling to pay for extremely expensive systems such as the F-35 fighter, it is worth remembering that a relatively minor design feature — be it a two-man tank turret or a few bits of faulty software — can make a profound difference in the actual effectiveness of a weapon. No matter how great it looks on paper.

Michael Peck is a defense and historical writer based in Oregon.