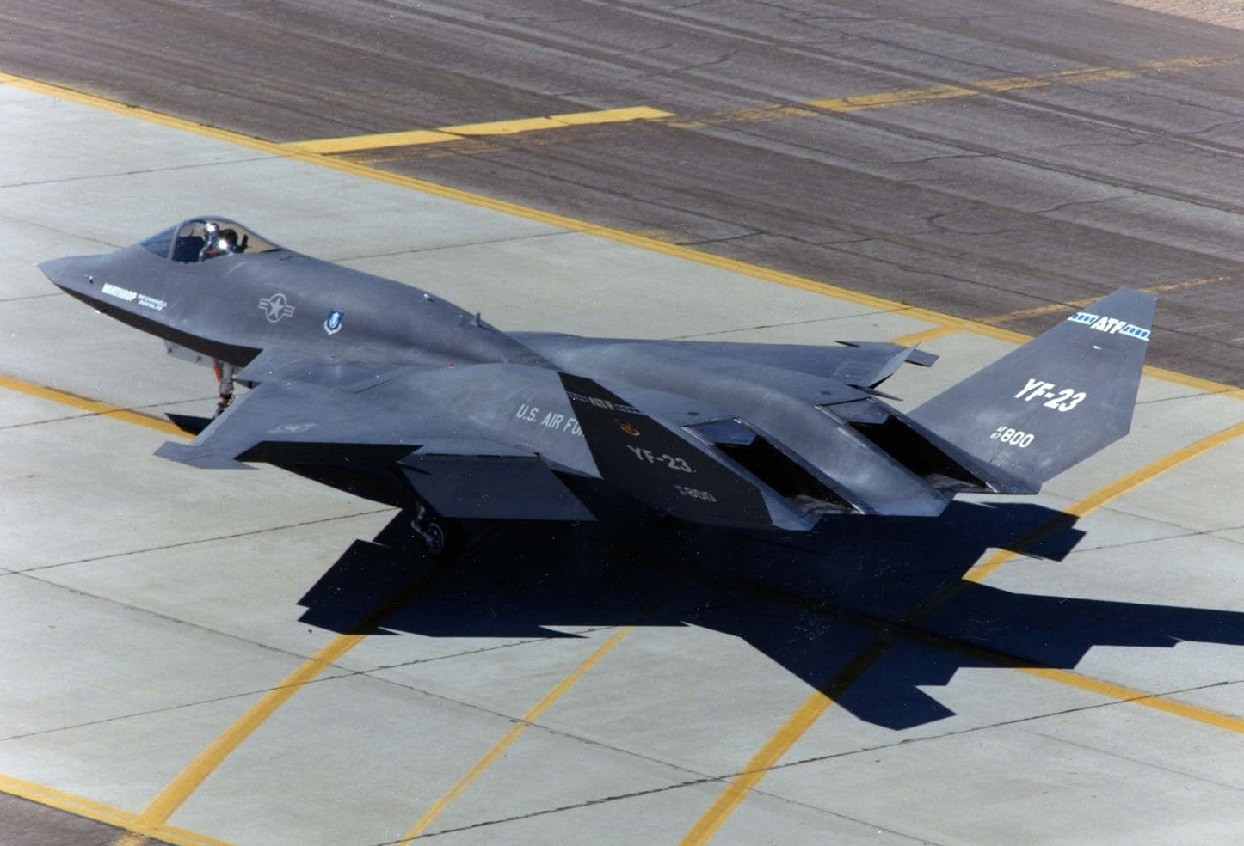 It was roughly thirty years ago when the U.S. Air Force conducted a tense competition that would eventually see it selecting the Lockheed YF-22 over the Northrop/McDonnell Douglas YF-23 fighter, or what would have become the F-23 stealth fighter

As is well known now, the YF-22 that raised the trophy that day became the F-22A Raptor—a single-seat, twin-engine, all-weather stealth tactical fighter aircraft that is considered to be one of the most formidable fighter planes known to exist in the world.

However, even after three decades since that competition, some experts still wonder if the best plane actually won. Kyle Mizokami at Popular Mechanics writes that “while the Lockheed YF-22 was declared the winner in April 1991, many analysts in the years since then have argued that Northrop’s YF-23 was truly the better plane.”

He continues: “While the two planes were about equal in weapons load and avionics, Northrop’s design had better stealth and longer range. That range bonus would have been particularly appreciated today, with the rising influence of China. The vast distances involved in covering the Asia-Pacific are now factoring into how to design the Raptor’s proposed replacement.”

Moreover, Northrop didn’t exactly have the best reputation at the time, which was hurt by fines, contract suspensions, and testing irregularities. “The company’s work on the B-2 had incurred huge cost overruns, and the Air Force may have been nervous about repeating the experience,” Mizokami writes.

So, why did the Air Force settle on the YF-22? Popular Mechanics notes that “Lockheed, by default, appeared that it would manage the fighter program better than Northrop would. The Cold War was over and the defense budget was already headed into decline. The Air Force knew that if it was going to ask Congress for money to fund a fighter that no longer had an opponent, the program had better be well managed.”

And based on what the F-22A Raptor is like today, it appears that the Air Force indeed made the right call. According to the EurAsian Times, “the fighter aircraft combines a revolutionary leap in technology and capability with reduced support requirements and maintenance costs. … The aircraft’s super-cruise, along with its stealth, integrated avionics, and maneuverability gives its pilots a ‘first-look, first-shot, first-kill’ ability against enemy aircraft.”

It continues: “The Raptor not only has an inherent precision ground-attack capability but can also carry existing and planned short and medium-range air-to-air missiles in its internal bays. The F-22 also comes with an internal 20-mm cannon and provisions for carrying precision ground attack weapons.”

Mizokami also contends that marketing was key to the YF-22 winning.

“Lockheed put the YF-22 through a vigorous flight test schedule that really showed off the fighter’s dogfighting abilities, including an angle of attack of 60 degrees and sharp 9G turns that pushed the limits of human endurance,” he writes. “While the YF-23 was likely just as maneuverable as its competitor, Northrop didn’t go out of its way to demonstrate that it could.”