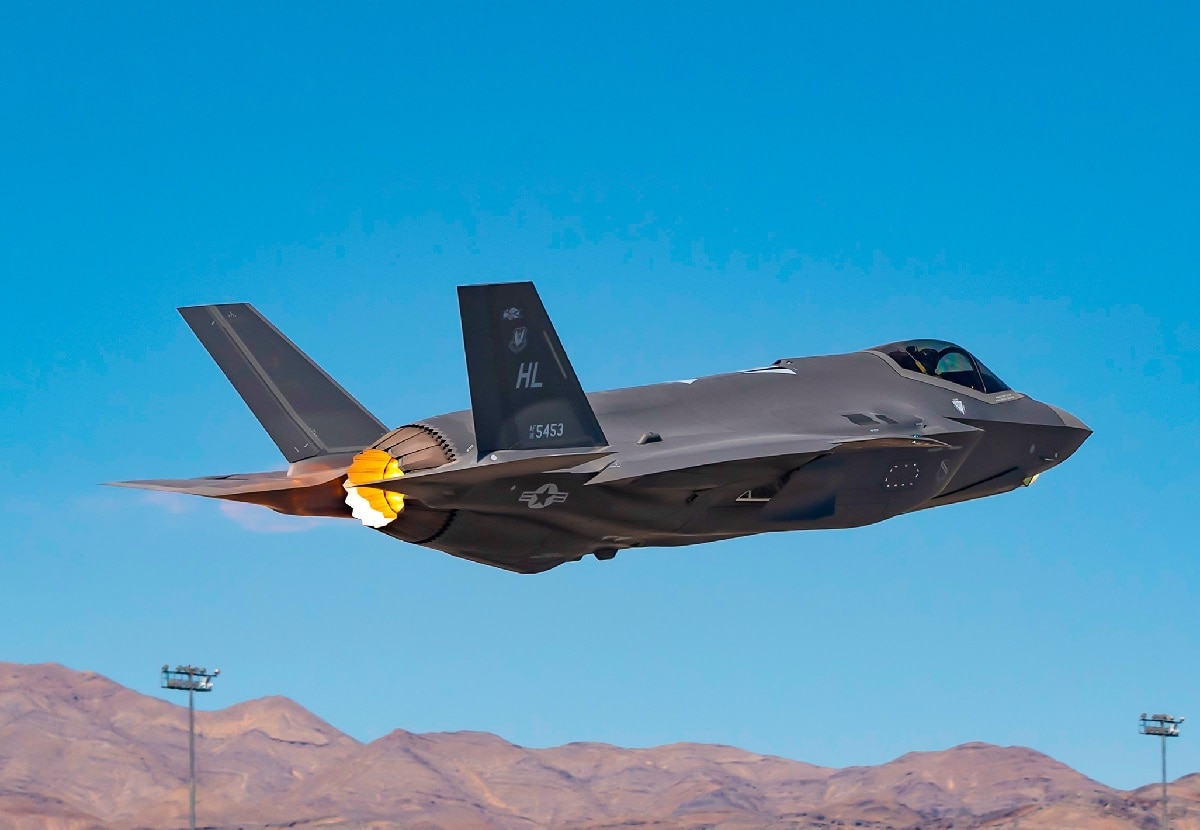 History Made VIA F-35

Two U.S. Air Force F-35As recently took off from Nellis Air Force Base in Nevada carrying a unique and deadly type of munition stored in their bomb bays. Instead of toting a conventionally-armed missile, they flew with the B61-12 Joint Test Assemblies, a nuclear bomb.

The B61 is the United States primarily thermonuclear gravity munition and is part of the Enduring Stockpile of post-Cold War nuclear weapons. Though the original B61 was an unguided or “dumb” bomb, a steady series of life extension services and upgrades, and in particular a tail kit, have given it a much higher degree of precision than congenital unguided gravity bombs.

As of 2021, the United States Stockpile hit a six-decade low and is the smallest it has been since 1960.

The B61 is relatively small compared to some of the enormous nuclear weapons that made up the United States’ post-Second World War stockpile. The B61’s small 12-foot length and sub-850 pound weight make it logistically flexible and able t deploy with large strategic bombers and smaller fighter jets.

Further helping the bomb’s flexibility is variable yield which can be set prior to release. When smaller yields are selected, the B61 can serve in small tactical roles or as a strategic nuclear weapon when a larger nuclear yield is needed.

“The B61 series weapons are tactical gravity nuclear weapons that can be used on Dual Capable Aircraft like the F-15E and F-16C/D,” Lt. Col Daniel Jackson, division chief, Headquarters ACC Strategic Deterrence and Nuclear Integration, explained in the Air Force statement on the recent flight test. “Having a 5th Generation DCA fighter aircraft with this capability brings an entirely new strategic-level capability that strengthens our nation’s nuclear deterrence mission.”

The Air Force release noted that not all F-35As would be nuclear certified, but only those with a “nuclear mission” will be equipped with the necessary “hardware and manpower” required to equip and maintain F-35As with a nuclear-specific mission.

And while the F-35A is not yet wholly certified for real-world missions with nuclear weapons, the conclusion of on-aircraft testing paves the way for the F-35A’s nuclear mission. The F-35A will become a vital link in the United States Air Force’s nuclear deterrence mission in the near future.