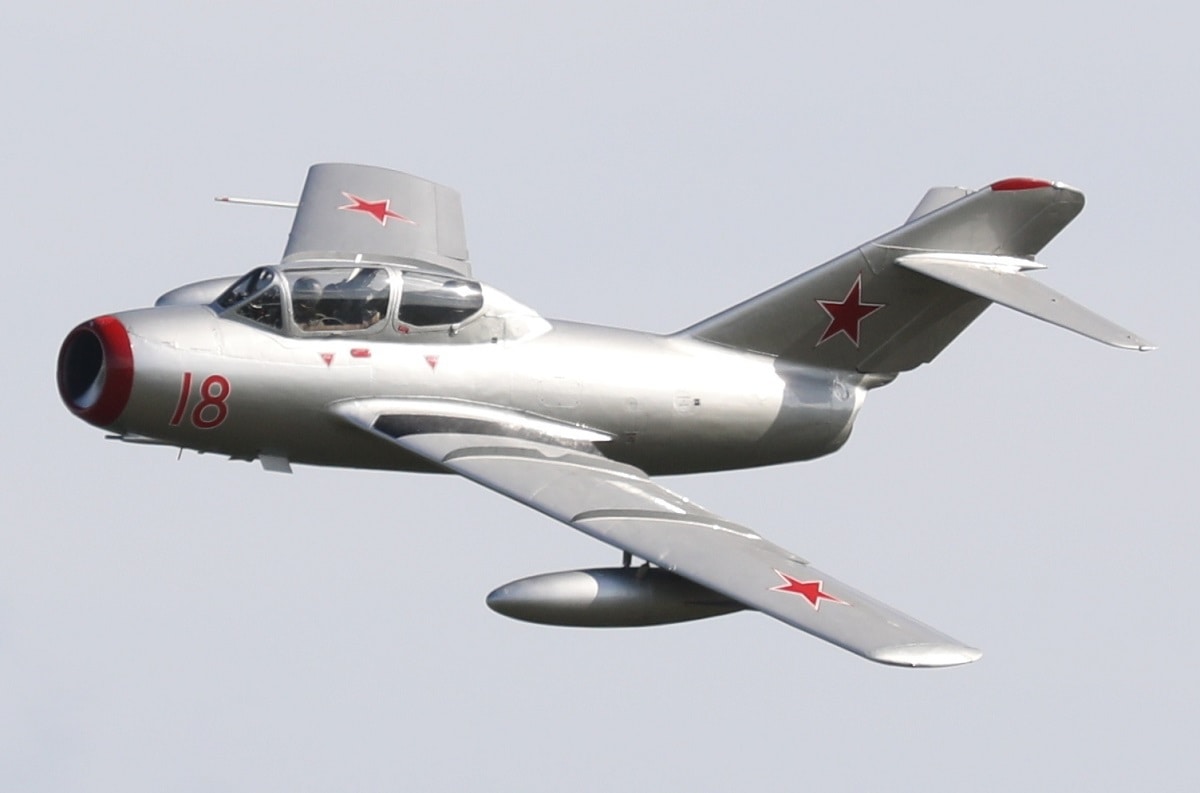 The Korean War was the first of the post-1945 small wars, those millstones that dragged the American eagle through Vietnam and then Afghanistan and Iraq. Communist and UN armies surged back and forth over the Korean hills, without quite understanding who they were fighting and what they were fighting for.

But the air war over Korea was a throwback to the past. Not World War II, even though many of the pilots in Korea had drawn first blood in that earlier conflict. That massive global struggle was industrialized aerial warfare, where the combatants flung thousands of aircraft at each other and pilots and machines were just so many expendable munitions.

As F-86 Sabres battled MiG-15s over North Korea, in the first jet vs. jet battles in history, the dogfights most resembled World War I and its famed “knights of the air.” Not that there was anything chivalrous about Korea in the air or on the ground. But compared to the trench warfare below, “Mig Alley” was almost romantic, an arena where relatively small numbers of fighters dueled in a conflict carefully managed to avoid escalating into World War III.

“Here, the best from both sides sparred and dueled, fought and killed–or died–in an arena almost completely detached from the World War I-like trench warfare far below to the south, and even from the results of the war as a whole. It was a battle much more for the prestige of the nations engaged–and the reputation of their respective aerospace industries–and for the glory of the fighter pilots involved than for its effect on the conduct or the outcome of the conflict,” write authors Douglas Dildy and Warren Thompson in F-86 Sabre vs MiG-15: Korea 1950-53 by Osprey Publishing.

The technological protagonists were different, yet curiously well-matched. Accustomed to having the most advanced aircraft, the Americans were shocked to encounter the light, fast, maneuverable and heavily-armed MiG-15 (whose engines were copies of British jet engines that London had thoughtfully provided after WWII as a goodwill gesture).  The MiG-15 was a bomber-killer whose prey were the B-29 Superfortresses pounding North Korea. The Superforts that had terrorized Tokyo in 1945 were such sitting ducks in 1950 that they had to switch to night bombing missions where the MiG-15 was much less deadly (this also suggests that the B-29 would have just as vulnerable to Nazi Me-262 jets had they been used over Germany).

Shouldn’t the B-29s have been surrounded by fighter escorts? They were. Unfortunately, the escorting F-80 and F-84 fighters–with their straight wings instead of the swept-back wings of more advanced designs–were equally powerless.

What would have been the fate of UN forces deprived of air superiority doesn’t bear thinking about. Fortunately, this never happened, because like a near-supersonic cavalry (maximum speed about 680 miles per hour) came a few squadrons of F-86s. Not a huge number, because American planners feared that Korea was a diversion to suck in U.S. forces defending Western Europe. But they were enough.

Russian, Chinese, and North Korean MiG pilots discovered the Sabre was razor-sharp. It couldn’t fly as high, climb as fast or maneuver as agilely as its Soviet-made opponent. But it could dive faster, was more aerodynamically stable, and had a radar gunsight that came in handy during high-speed jet dogfights.

Yet while the jets captured the public’s imagination, it was the pilots that were most fascinating. World War II was a young airman’s war where teenagers were strapped into powerful airplanes that too often killed them. But the Soviets sent many of their top aces from World War II, men such as Ivan Kozhedub (62 victories on the Eastern Front) who had survived the Luftwaffe’s best and thus had no terror of the Americans. For their part, the Americans sent top guns such as “Gabby” Gabreski (28 victories).

Both sides appeared fairly evenly matched in terms of pilot and aircraft quality, and the Americans had the disadvantage of political restrictions that prohibited hot pursuit of Communist MiGs to their bases across the Yalu in China. Fortunately, the Soviets replaced their aces with rookie pilots who soon demonstrated their inferior training and tactics versus their Western counterparts. They were supplemented by hordes of Chinese and North Korean pilots fresh from the farm plow. It was then the Sabre started racking up those big scores.

What were those scores? Perhaps the most incendiary statistic of the Korean War is the aircraft kill ratios. For years, a 10:1 kill ratio in favor of the Sabre was held to be true. That figure now appears extremely suspect (American pilots overclaimed victories just like everyone else). Dildy and Thompson calculate 224 Sabres lost, of which about a hundred were the result of aerial combat. They estimate that 566 MiG-15s were destroyed by Sabres, which would put the U.S. kill ratio at about 5.6 to 1. However, against those top Soviet WWII pilots, the ratio plunged to 1.4 to 1.

In the end, the Sabre vs. MiG duel made for great newsprint. But much like the Korean War, it ultimately counted for little.