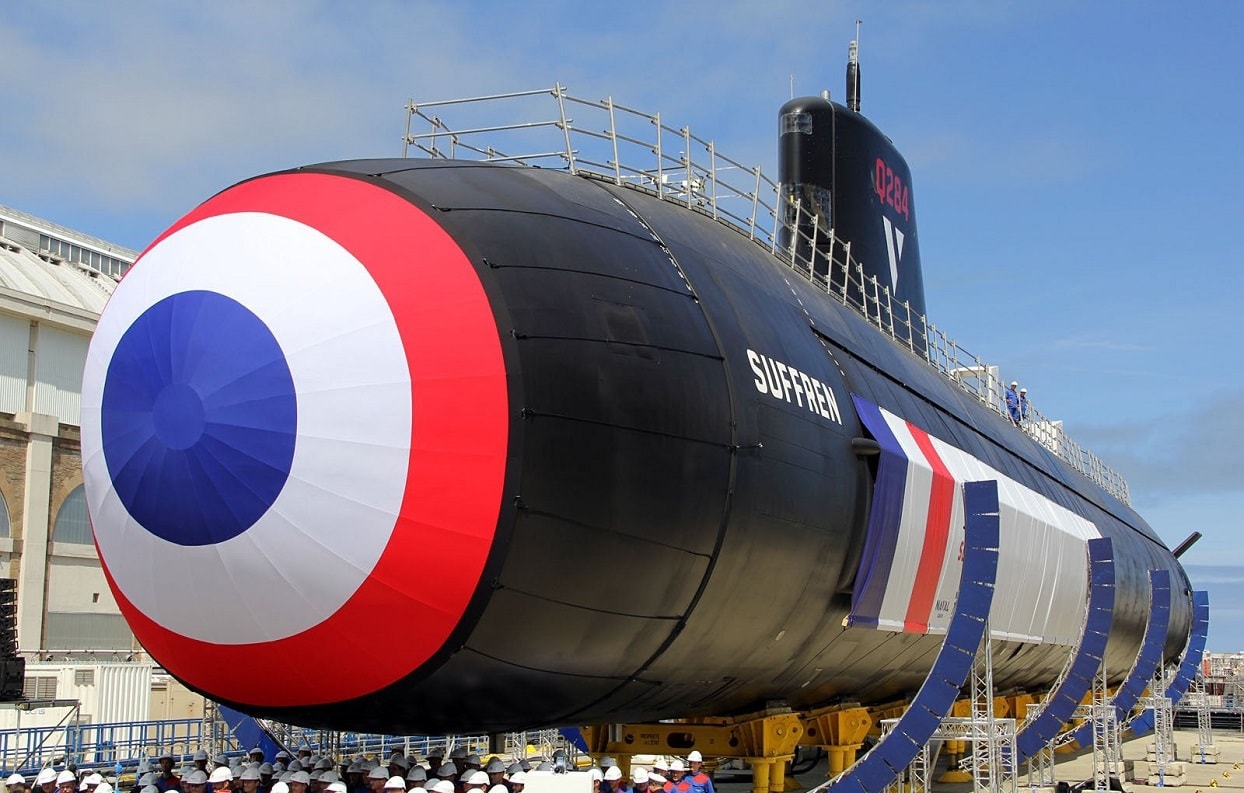 The latest French attack submarines, the Barracuda-class, are smaller than many other country’s attack submarines. However, the French Navy armed them with the newest and most advanced torpedoes and anti-ship missiles.

The newest class of submarines in French shipyards is the Barracuda-class, or Suffren-class as it is known in French. The Barracuda-class will replace the French Navy’s first-generation Rubis-class, also nuclear-powered.

In keeping with typical attack submarine design, the Barracuda-class is more diminutive than large ballistic missile submarines, weighing in at around 5,000 tons. While this is roughly double the displacement of the preceding class, it is significantly smaller than the attack submarines of other countries. Take, for example, the United States Navy or the British Royal Navy — both the American Seawolf-class and Virginia-class are over 8,000 tons, and the United Kingdom’s Astute-class roughly 7,500 tons.

Part of the difference in size is due to the high degree of automation on board the Barracuda-class. While a Virginia-class sub requires a crew complement of nearly 140, the Barracuda-class will have a small crew of just 65. Though a smaller crew would seem ideal for a modern submarine force, it is not without drawbacks. Fewer hands on deck mean quicker crew rotations and more significant crew fatigue, which can hamper reaction time and cause logistical issues for the crew.

In addition to the standard cylindrical bow sonar installed on virtually every submarine, the Barracuda-class is equipped with large sonar arrays on the flanks or the hull sides below the sail, which provides the class with starboard and port listening abilities.

The Barracudas can also carry a commando delivery vehicle just rear of the sail and can probably accommodate 15 SEAL-type operators onboard for special operations.

The Barracuda-class is armed to the teeth. Though the class cannot launch missiles from onboard Vertical Missile Launchers like some other attack submarines, missiles can be fired from the sub’s four torpedo tubes and can engage targets on land and at sea.

Despite the wide variety of munitions the Barracuda-class can carry, it may be somewhat restricted by its small size — there is a limited amount of internal space available to carry torpedos and missiles, one of the class’ drawbacks.

A conventionally-powered Barracuda variant made waves earlier this year when the Australian government decided to pull out of a deal with France for the submarines in favor of a much more capable nuclear-powered submarine jointly developed by the United States and the British Royal Navy.

The Royal Australian Navy had apparently considered eventually buying a nuclear-powered Barracuda from France in the future but decided the British-American offer to be superior.