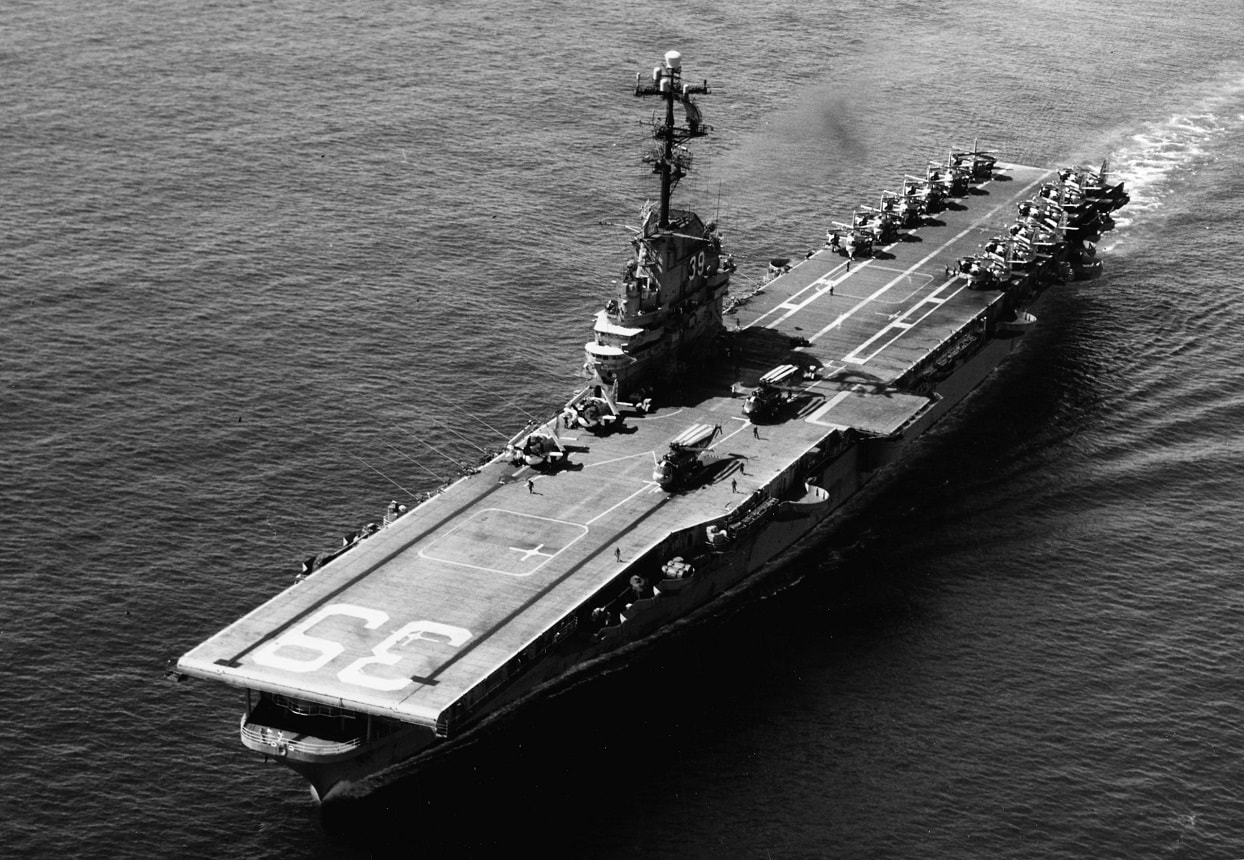 Not that every U.S. weapon was great. The ubiquitous M-4 Sherman tank was plentiful but mediocre. Early U.S. fighters like the P-40 and P-39 were nothing to brag about (except in the hands of the Flying Tigers), while U.S. submarine torpedoes had a bad habit of not exploding until late 1943.

But utilizing its massive industrial and technological base, America was able to produce some excellent weapons, including:

The issue was that in an era when most anti-aircraft guns lacked radar or sophisticated fire control computers, their chances of hitting a target were not great. So complex were the calculations required to compute where to intersect the path of shell and airplane two to five miles high that tens of thousands of rounds had to be fired on average to score a hit.

The problem became really acute when American warships encountered Japanese kamikazes; destroying an aircraft hell-bent on crashing into your ship meant the suicide planes had to be shot down quickly.

Then someone had the bright idea of putting a tiny radar in the nose of each anti-aircraft shell. Instead of having to strike the aircraft to be effective, the shell could be set to explode once the onboard radar sensed the target was close enough, spraying a cloud of fragments that covered a wider area. The VT (variable time) fuze helped the U.S. Navy survive the kamikaze threat.

It also helped the hard-pressed U.S. Army at the Battle of the Bulge. Artillery shells are more effective if they detonate as airbursts above the ground, rather than bury themselves in the earth. Instead of spraying airplanes, clouds of shrapnel sprayed German infantry.

At the start of World War II, armies used bolt-action rifles that in some cases dated back to the nineteenth century.

Enter the M-1 Garand, a semi-automatic rifle that could pump out bullets with a far-higher rate of fire. The M-1 enabled U.S. infantry to generate remarkable rates of fire by the standards of the early 1940s.

That was fortunate because American infantry was otherwise weakly armed, with no squad-level machine gun to match the deadly German MG-42. Meanwhile, the Germans and Soviets, who had far more practical experience at ground warfare, ultimately opted to arm their troops with submachine guns that lacked range but could spew lots of bullets. But the M-1 was a solid, reliable weapon that gave American riflemen a fighting chance against their enemies.

The Pacific War was ultimately a war of carriers—those floating, mobile airfields that banished battleships from preying on vulnerable troops and supply convoys. The backbone of the late-war U.S. carrier fleet was the Essex-class flattop. Carrying about a hundred fighter, dive-bombers and torpedo-bombers, and equipped with sophisticated radar and fighter direction facilities, these carriers devastated the Imperial Japanese Navy in battles such as the Philippine Sea and Leyte Gulf.

The ultimate compliment to the Essex carriers was how long they lasted after the war. Ships such as USS Essex, Ticonderoga and Hancock continued to launch combat missions over Korea and Vietnam.

U.S. Navy carriers and battleships got the glory for defeating Japan, but 55 percent of Japanese naval tonnage sunk was by U.S. submarines. By 1945, American subs had largely cut Japan’s maritime lifeline to raw materials and food imports.

The efficient engine of this destruction was the Gato-class sub, the backbone of the U.S. underwater fleet. There is much discussion about how it stacked against World War II’s other underwater killer, the German U-boat. The comparison is somewhat academic; Japanese anti-submarine capabilities were so primitive that American subs never faced anything like the sophistication and intensity of those Allied defenses that killed more than 60 percent of U-boat crews. Nonetheless, the Gato-class has to rank as one of the most deadly naval weapons of all time.

Including the A-bomb on a list that otherwise features conventional weapons seems out of place. That the atomic bomb was a weapon, there is no doubt. But it was a weapon of a different magnitude, a device that could pulverize an entire city more thoroughly than a raid by a thousand regular bombers. It also epitomized the ability of the United States to harness scientific and industrial resources on a single project, to a degree that no other nation could match.

As a weapon of war in World War II, the A-bomb was of greater shock than practical value. They were too complex to mass-produce in the late 1940s, and by 1945, American and British bombers had pretty much devastated every German and Japanese city worth bombing.

There is still much debate over whether Hiroshima and Nagasaki convinced Japan to surrender, or whether the Soviet declaration of war was the final catalyst.

Nonetheless, in an era when radar and jet aircraft were considered the zenith of military technology, along came a weapon that could kill 60,000 people in a split-second. What more need be said?

Michael Peck is a contributing writer at The National Interest.