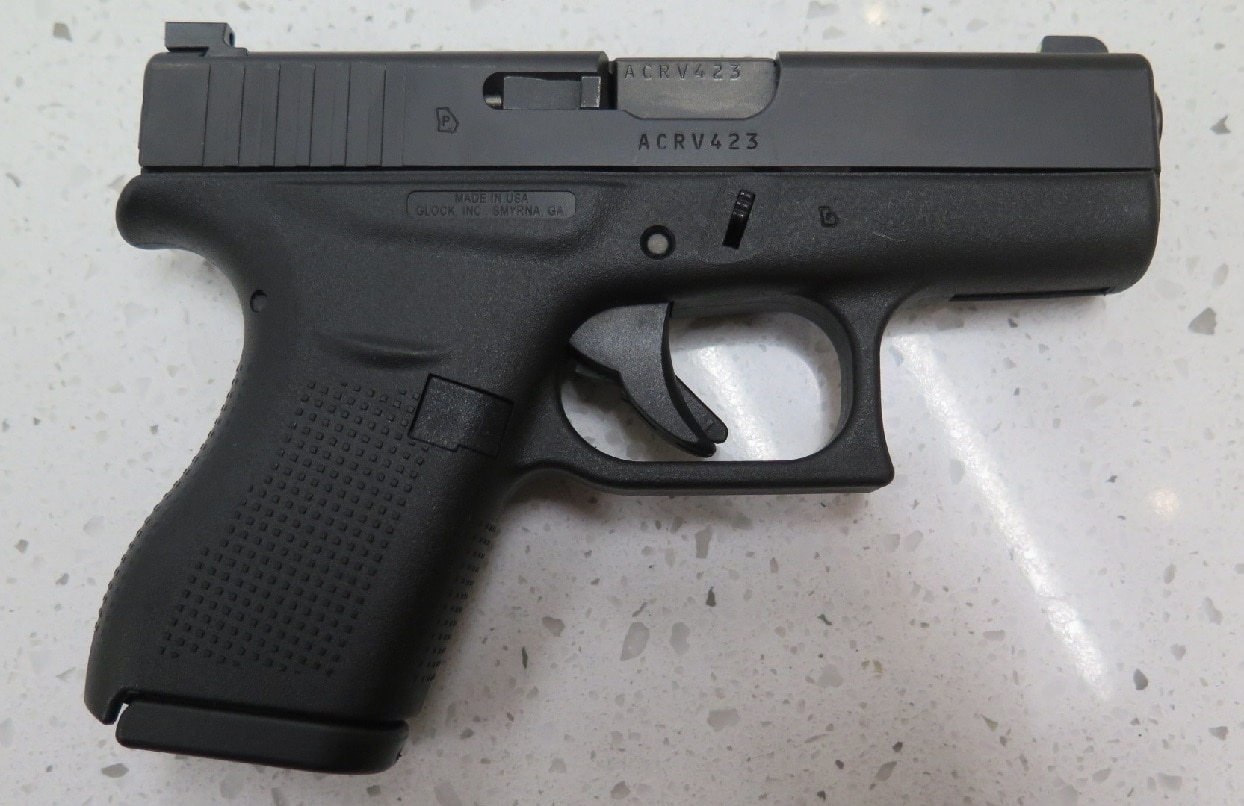 A combination of the successful Glock pistol design and a caliber invented by armsman John Moses Browning, the Glock 42 is certainly worth taking a look at.

The pistol combines the Austrian gun manufacturer’s gun operating system with the .380 ACP pistol cartridge. The result is both a pistol for concealed carriers who desire a low recoil pistol and the smallest pistol in Glock’s lineup.

Austrian gun manufacturer Glock has taken a tree-like approach to its pistol lineup, with the original Glock 17 9-millimeter pistol the trunk each major caliber it forays into a branch. The company will typically introduce the full-sized Glock in a new caliber, then quickly follow with compact, sub-compact, and competition-sized pistols to round out the caliber offering.

Unlike other branches, like the .45 ACP and the .40 Smith & Wesson, the .380 ACP branch of the Glock tree is the smallest of them all, consisting of a single pistol: the Glock 42. The smallest and least powerful of all calibers the company has endorsed, the nature of the .380 ACP round makes it only suitable for a modern subcompact design.

The .380 ACP round was invented in 1908 by inventor John Moses Browning. The early 1900s were perhaps Browning’s most prolific and influential period, with the invention of firearms such as the M1911 handgun, M2 .50 caliber machine gun, and .380 ACP and .45 ACP calibers. While the round enjoyed a brief run of success as a pistol round in European armies before World War II, after the war standardization on the larger, more powerful 9-millimeter parabellum edged out the smaller round in military service, becoming a civilian caliber.

The .380 ACP, with a handful of individual exceptions, is a subsonic round. Most iterations range between 75 and 95 grains. The Federal .380 ACP full metal jacket round weighs 95 grains, hits with the force of 203 foot-pounds at the muzzle, and moves at 980 feet per second. By comparison, the 9-millimeter (.350) Federal FMJ round is approximately the same size, at 364 foot-pounds packs more than sixty percent more energy and travels at 1,150 feet per second.

The advantage to .380 ACP is not power or velocity but lighter recoil. A .380 pistol should, all things being equal, be easier to place rounds on target than a 9-millimeter pistol. Thus a tradeoff between the two calibers: accuracy versus damage. Accuracy, placing rounds where you want them will get you damage, but damage will not get you accuracy.

Thus the argument for a pistol like the Glock 42. Although not as powerful as its cousin, the subcompact 9-millimeter Glock 26, the Glock 42 is more controllable. The .380 caliber, although relatively low-powered, also has more than a century of load development and is capable of reaching up to 294 foot-pounds with Buffalo Bore +P rounds.

The Glock 42 is the smallest pistol in Glock’s lineup, with an overall length of 5.94 inches. The G.42 also has the shortest barrel length of any pistol, at just 3.25 inches. It is the only Glock to break the one-inch width barrier, being only .98 inches wide.

Glock’s .380 offering is also by far the lightest of the company’s pistols. It weighs just 13.76 ounces unloaded, rivaling lightweight revolvers such as the Ruger LCR. The next heavier pistol in Glock’s lineup is the 9-millimeter single stack Glock 43 that weighs seventeen ounces unloaded. Even loaded with six rounds of .380 ammunition, the Glock 42 is still two ounces lighter than the Glock 43.

In the right hands, the Glock 42 pistol could conceivably become as deadly as its larger caliber brethren. The smallest Glock, it is also suitable for whom concealability is a major purchase factor. While not for everyone, the combination of Glock’s pistol platform and John Browning’s small automatic caliber is still a compelling choice for users who combine both skill and discretion.