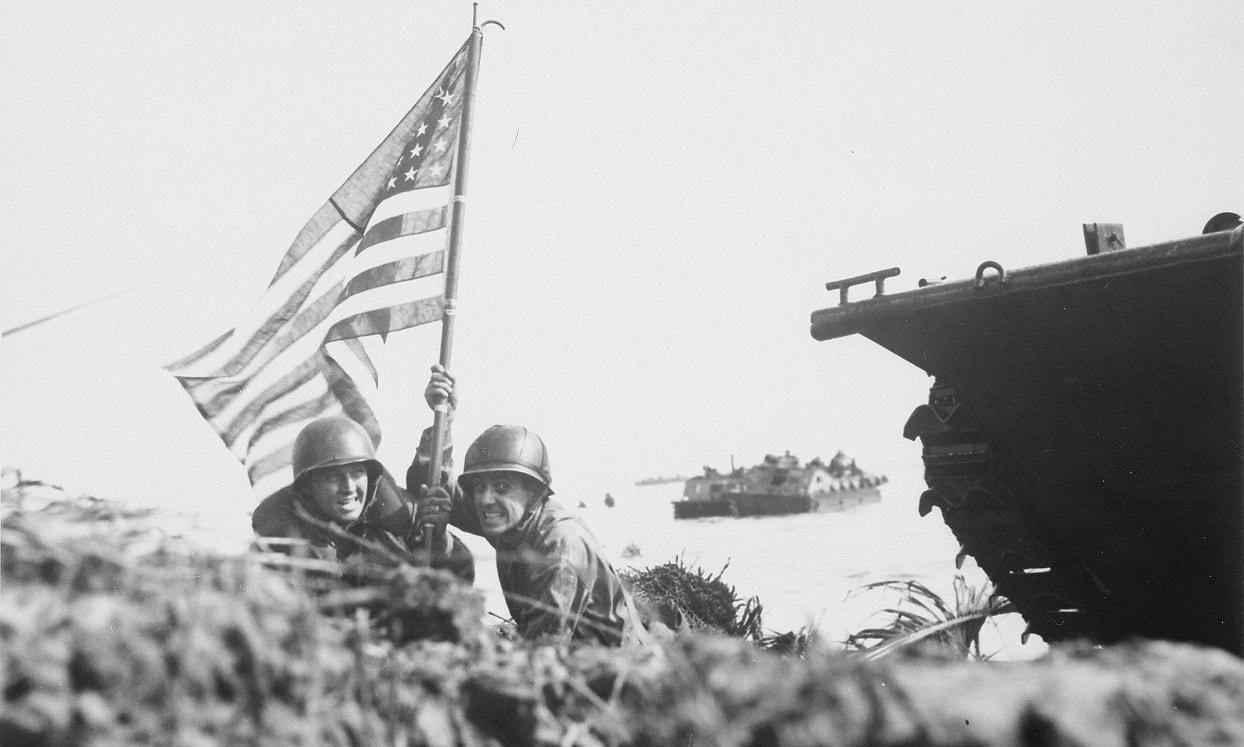 Should North Korea launch ballistic missiles at Guam, it would be the first missile strike on U.S. territory. But for Guam, it will be just another chapter in that island’s bloody history.

In the fifteenth century, Spain claimed Guam. In 1898, the United States took it from Spain during the Spanish-American War.

And in World War II, Guam would be fought over by Japan and the United States.

On the morning of December 8, 1941 Guam time, just hours after the Pearl Harbor attack, Japanese aircraft struck the island. While the Japanese attack was as surprise, the fact that Guam was a target was not. Like the Philippines and other American territories in the Central and Western Pacific, Guam was a pawn on the naval chess board. As an advanced base far from Pearl Harbor and the U.S. mainland, it gave the United States air and naval facilities for a conflict with Japan. But its very remoteness meant that should war with Japan erupt, Guam and the other U.S. islands in the Central and Western Pacific would be like ripe plums waiting to be plucked by Japanese hands—unless the U.S. Navy could charge across 4,000 miles of ocean to bring salvation.

As the U.S. battle fleet sank into the waters of Pearl Harbor, it was clear that salvation wasn’t coming. With a garrison of just 700 U.S. Marines, sailors and local militia, armed with nothing heavier than rifles, a few machine guns and a few small naval craft, the defenders had practically nothing to defend themselves against the might of a Japanese force operating from Saipan and other nearby bases.

While the Japanese had a habit of fatally underestimating their enemies during World War II, this time they made the opposite mistake. A strong amphibious force, including four heavy cruisers and a 5,900-strong ground contingent, were dispatched to take Guam. They landed after midnight on December 10, and at 6 a.m., the garrison surrendered. Seventeen Americans and Guamanians killed in defense of the island, as well as thirty civilians. The Japanese suffered a single fatality. As invasions went, it wasn’t particularly bloody. But for three long years, the islanders had to endure a brutal Japanese occupation.

But liberation was coming. By 1944, it was the turn of the Japanese on Guam, isolated and unsupported, to await invasion. However, the Americans would face a far tougher proposition. The Japanese garrison consisted of almost 19,000 men, including the 29th Infantry Division and even a regiment of forty tanks. Yet in Operation Forager, the United States would be going in 60,000-strong, with the 3rd Marine Division, the Army’s 77th Infantry Division, and the 1st Provisional Marine Brigade, all backed by heavy air and naval support.

The Americans would need all their strength: like many a Japanese-held island, Guam was heavily fortified. And like the other island battles of the Pacific War, the outcome was inevitable. The question was how long and how many casualties the Japanese could inflict before they died.

After more than a month of air and naval bombardment to soften up the defenses, the Americans landed on July 21, 1944 on the southwest side of the island. The assault was preceded by Navy Underwater Demolition Teams—the ancestors of today’s SEALs—to reconnoiter the beaches and blow up obstacles. While naval gunfire knocked out the coastal defense batteries, the marines and infantrymen still took losses from Japanese artillery and machine gun fire raking the beachheads.

The battle took on the grim choreography of the U.S. advance across the Pacific. American infantry advancing through jungle, backed by tanks, artillery, aircraft and naval gunfire. The Japanese launching constant nighttime probes and counterattacks (there was even a tank battle between U.S. Shermans and lighter Japanese Type 95s—for an actual audio recording of a U.S. tank crew on Guam, go here)

By August 10, the battle was essentially over. The Americans had suffered nearly 8,000 dead and wounded. Soon B-29 bombers would be flying from Guam’s airfields.

Most of the Japanese garrison had been killed or hid in the jungle, to be eventually mopped up. In January 1972, a Japanese sergeant was discovered. He hid in a cave for twenty-eight years.

Unless North Korea has nuclear weapons and is suicidal enough to use them against Guam, it is hard to imagine that a few ballistic missiles could inflict the scale of suffering that Guam endured in World War II.