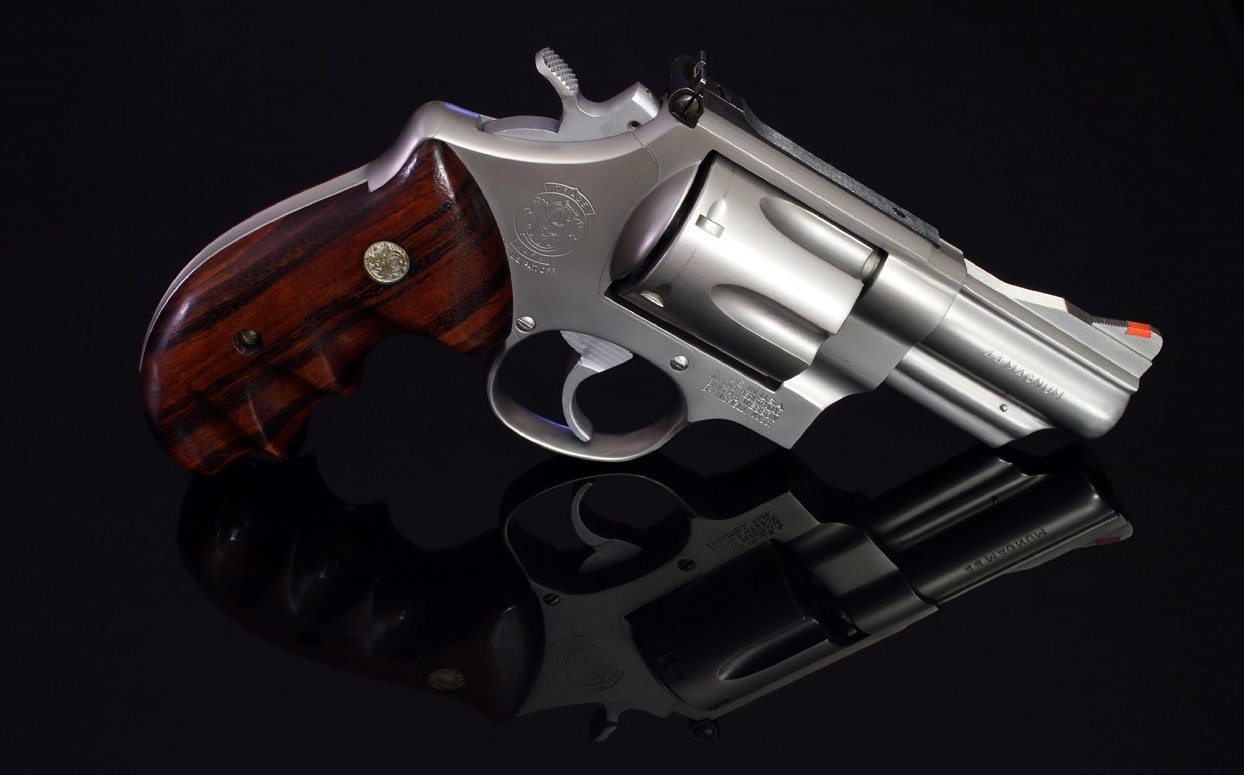 The revolver concept was preceded by the so-called “pepperbox” handgun, which used multiple barrels to arm an individual with multiple ready-to-fire bullets. This was later refined to the revolver concept, which saved weight by using a single barrel served by a revolving, cylindrical magazine holding six or more bullets. Although semiautomatic pistols have overtaken revolvers on the U.S. market, there are several good revolver designs that command attention. Simpler, less prone to jamming and capable of firing more powerful ammunition than the semiautomatic, revolvers still have their place. With that, here are the 5 best revolvers on the planet.

The Ruger LCR was introduced in the mid-2000s as a lightweight, concealable self-defense weapon. Just 13.5 ounces and 6.5 inches long, the LCR fits easily into a pocket, hip or ankle holster. Like most small revolvers, it has a five-round cylinder. Ruger originally introduced the LCR in .38 +P configuration, meaning it can fire both typical .38 Special ammunition and higher-pressure, harder-hitting +P rounds. The gun’s 1.87-inch barrel, aluminum and polymer frame, and corresponding light weight make it the easiest of the pocket revolvers to shoot, although it still has a considerable amount of recoil. The double-action design means a single pull of the trigger will advance the cylinder to a fresh round and cock the pistol. As a result, the LCR lacks a hammer, making it easier to draw from behind clothing without snagging.

One of the most popular revolvers in production, the Smith & Wesson 686 revolver is a medium (“L frame”) revolver chambered in the powerful .357 Magnum caliber. The 686 is designed to handle the heavier magnum round while pairing it with a heavier barrel and a six-round cylinder. Like all .357 Magnums, the 686 can shoot the less powerful .38 Special ammunition. The 686 features a four-inch barrel, has an overall length of 9.6 inches and weighs two-and-a-half pounds. It also has adjustable sights, a double-action firing system and a stainless steel finish. A deluxe model comes with a larger, seven-round cylinder.

Sturm Ruger’s answer to the Smith & Wesson 686, the Ruger GP100 was introduced in the early 1990s. The GP100 was the successor to Ruger’s Security Six and Speed Six pistols, but uses a large frame very similar to the 686’s L frame. The GP100 is slightly heavier and the design slightly more angular than the 686, but it makes an excellent introduction to full-size revolvers and an outstanding home-defense weapon. The GP100 has since branched out into many other calibers, including .22LR, .327 Federal Magnum .and 44 Special.

Sturm Ruger’s other line of popular revolvers has a distinctly Old West flavor to it. The Ruger Blackhawk line of pistols look similar to the old Western Colt Single Action Army revolvers of the nineteenth century, but with a host of modern features to keep them viable in the twenty-first. Cold hammer-forged barrels and a stout, beefy frame make the Blackhawk a manageable firearm in .357 Magnum, .41 Remington Magnum, the traditional cowboy calibers .45 Colt and, unusually, the World War II–era .30 Carbine. Like old-time cowboy revolvers, the Blackhawk’s cylinder must be loaded through a loading gate.

Although the semiautomatic pistol market has a large number of foreign competitors, Taurus is the only major overseas player in the revolver market. Among the Brazilian company’s many offerings, the most popular is the Model 85 Ultra-Lite. The Model 85 is a good choice as a home-defense handgun or concealed-carry piece, in the same class as the Ruger LCR. The .38 Special pistol can handle +P ammunition, with a five-round cylinder and comfortable rubber grips. The Model 85 is seven ounces heavier than the LCR but, unlike Ruger’s compact revolver, has a hammer allowing for single-action operation. This allows the Model 85 to be cocked first with a hammer, resulting in a much lighter trigger pull.