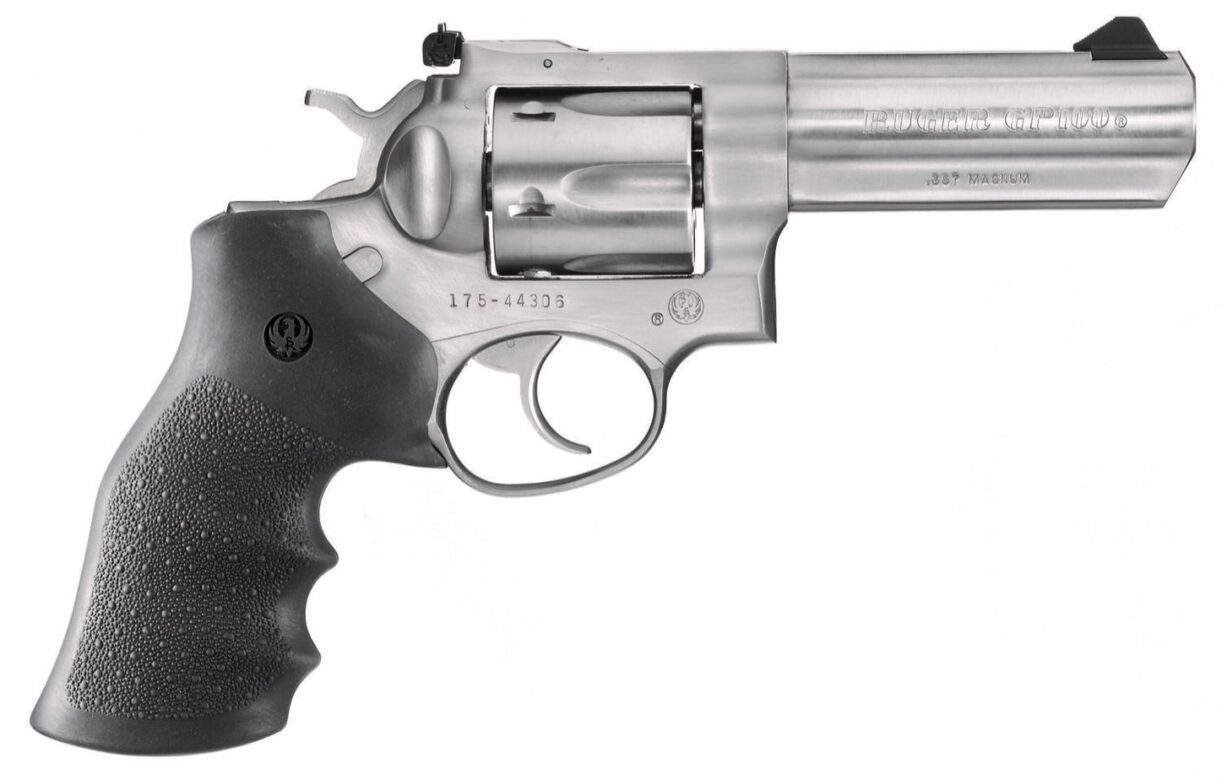 The .22 Long Rifle (also known as 5.7×17mmR) cartridge is the oldest firearm cartridge still in common use. The “.22 LR” is so old that the cartridge’s date of invention is nearer to the Declaration of Independence than the present day. Despite the diminutive bullet’s age, it is still the most popular sub-.223 round in America by a wide margin, and the fifth most popular caliber overall, with more than a hundred thousand .22 LR rifles and pistols chambered sold every year.

Invented in 1878 by the J. Stevens Arm & Tool Company, the .22 LR is an excellent training round for introducing people, particularly young people, to the world of firearms. It is the round of the Boy Scouts, JROTC cadets and fathers taking their kids shooting for the very first time. It has very little recoil, and is very inexpensive to shoot. A short-range weapon, its ballistic properties can be measured in short distances (a .22 LR bullet will drop 5.5 inches at one hundred yards), allowing shooters to experience factors such as bullet drop and wind drift without using a powerful cartridge and expansive shooting range.

While the .22 LR round is still useful for training purposes, it also has a practical application. Despite its small size, it still packs an average energy of ninety-nine foot-pounds with a velocity of 1,060 feet per second, useful for a variety of small game or vermin. The ammunition is small and compact, and a shooter can comfortably carry hundreds of rounds. While there are obviously better calibers for self-defense and combat shooting, a .22 LR will still cause considerable trauma. Israeli hit teams, including those set out to avenge the massacre of 1972 Israeli Olympic Team at Munich, used Beretta 71 pistols to assassinate terrorists.

The Ruger Mark IV Rimfire Pistol is the latest in a long line of rimfire pistols, and arguably the company’s signature gun. Originally designed by company founder Bill Ruger himself, the Ruger Standard Model pistol was introduced in 1949 as a casual “plinker” gun. The pistol, with its uncovered bare barrel and sharp grip angle, looked somewhat like the German Luger. According to legend, the pistol is also based on the Japanese Nambu pistol and the now-defunct Colt Woodsman.

The Ruger was an instant hit, in continuous production for nearly seventy years. The Standard Mode and its successors gradually became better known by their Mark numbers, with the first pistol known as the Mark I. The most recent version, the Mark IV, was introduced in 2016. The Mark IV is a blowback handgun, meaning it uses the force of the gunpowder explosion to cycle the pistol action. This simple operating system ensures reliability and makes the pistol less susceptible to jamming. It has a CNC-machined aluminum frame and a ten-round magazine.

The Browning Buckmark is a .22 LR in production since 1985. The Buckmark is primarily a target or training pistol, although it does have hunting and self-defense applications. The pistol body is made from CNC-machined 7075 aluminum alloy for strength and durability. Like the Ruger Mark IV, the Buckmark is a blowback-powered pistol. The standard pistol comes with a 5.5-inch target-crowned bull barrel.

The Browning pistol takes a slim, ten-round single-stack magazine and features a single action trigger and iron or fiber-optic sights. Some models are equipped with a Picatinny rail on the upper receiver or below the barrel for attaching optics or aiming devices. The pistol comes in both satin stainless steel and blued models, with ambidextrous textured wooden or rubber grip panels.

Introduced in 1964, the Ruger 10/22 rifle was a handy little semiautomatic rifle purposed for casual recreational shooting. With a wooden stock, bladed front sight and banded barrel, the 10/22 was designed to look similar to the World War II M-1 carbine. The handy little rifle proved extremely popular, with six million sold as of 2017.

The 10/22, like the Standard and Buckmark, is a blowback-operated weapon. The weapon is fed from a ten-round detachable rotary magazine that fits into the rifle just before the trigger guard. The sixteen- or eighteen-inch-long barrel is cold hammer forged to prolong barrel life, a useful feature for a gun that can easily shoot several thousand rounds in its lifetime.

In 2012 Ruger introduced a takedown version of the 10/22 that separates into two pieces: the barrel and rest of the rifle. The takedown process is quick, and optics retain zero once the barrel is reattached.

One of the most unusual firearms on the market, the Chiappa Little Badger is a compact, packable .22 LR rifle for outdoors people. The minimalist gun, lacking a moving operating system, buttstock and forearm, weighs just 2.9 pounds. The Little Badger is a single-shot rifle with a break-open action, wire stock and M1 carbine-style iron sights.

A single shot, manually fed weapon, the Little Badger is not a good choice for a personal defense weapon. It is, however, an excellent gun to take into the backcountry. The rifle has a sixteen-inch barrel with an overall length of thirty-one inches. Folded in half, the rifle is just seventeen inches long.

Revolvers that hold more than six rounds are rare, as the diameter of the bullet dictates the diameter and weight of the cylinder. Very small bullets, however, allow gun designers to pack more bullets into a revolver and not end up with an impractically heavy, wide revolver. The Ruger GP-100 packs ten .22 LR bullets into a normal-sized cylinder, and outwardly the only difference between the .22 LR version and the .357 Magnum version is the thickness of the barrel and the number of stops on the cylinder.

The GP-100 .22 LR, like the rest of the GP-100 line, is a brushed stainless steel revolver with rubber and hardwood grips. The revolver also features a 5.5-inch barrel, fiber-optic front sight and adjustable rear sights. At forty-two ounces, the GP-100 weighs more than the Chiappa Little Badger rifle.