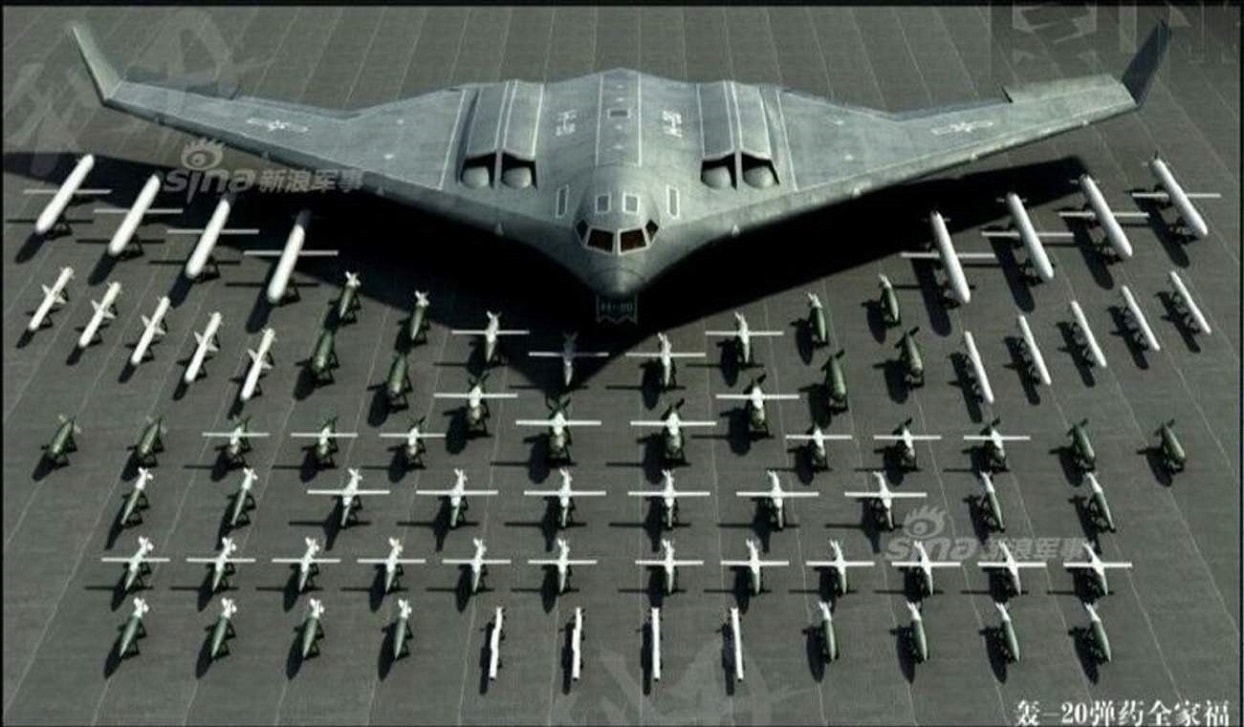 While “Area-51,” the United States military facility in the Nevada desert outside of Las Vegas, could be about the worst kept secret out in aviation, it isn’t the only such test center. Russian maintains its own test range on a flat desert plain north of the Caucasus Mountains at Kapustin Yar. It has been referred to as the “Russian Roswell.”

As previously reported, Beijing is also working on a similar “Area-51” type facility in remote Xinjiang. Satellite footage from Maxar Technologies has also revealed that there is now a three-mile-long airstrip while a number of buildings have been constructed. According to the Asia Times, two additional runways have since been built, and the facility could be used to test a number of “black” projects such as drones, autonomous drones and most notably sixth-generation combat aircraft.

It could also be where China is developing, or at least could potentially test its long-rumored H-20 strategic stealth bomber.

The “20” is also comprised of the Y-20 transport plane and the Z-20 utility helicopter, as well as newly developed aircraft including the improved types of the J-16 and J-10 fighter jets, and even a series of drones.

Yang told the state-media outlet that the J-20 will undergo further upgrades, and that the use of domestically built engines is just the beginning for the fifth-generation aircraft, which will keep being improved in the fields of mechanization.

So what does it mean for the H-20, the highly anticipated next-generation strategic bomber?

He added that as part of China’s 14th Five-Year Plan (2021-25), Aviation Industry Corporation of China (AVIC), will further develop the capability of the H-6 series bombers, but will speed up research into new platforms – and some experts have taken that to mean the H-20, which could see great progress in the coming years and that it could be a key component of the People’s Liberation Army Air Force’s (PLAAF’s) goals in the Five-Year Plan.

It was back in January that the PLAAF may have shared video footage of the still-to-be officially unveiled Xian H-20 stealth bomber. The quick ‘sneak peek’ of the next-generation, long-range strategic stealth bomber appeared in a PLAAF 2021 recruitment video that made the rounds on the Internet, with much speculation that the flying-wing aircraft was the H-20.

Still believed to be in the development phase, the H-20 is notable for the efforts that Beijing has made in building its world-class military. When it arrives, it will be the first dedicated strategic bomber developed by China, and it is believed to be capable of carrying upwards of 10 tons of munitions and could have a maximum range of around 5,000 miles. Pentagon officials have expressed concerns that when the bomber enters service it would be able to target U.S. overseas territories including Guam, while military analysts have warned it could even reach Hawaii.