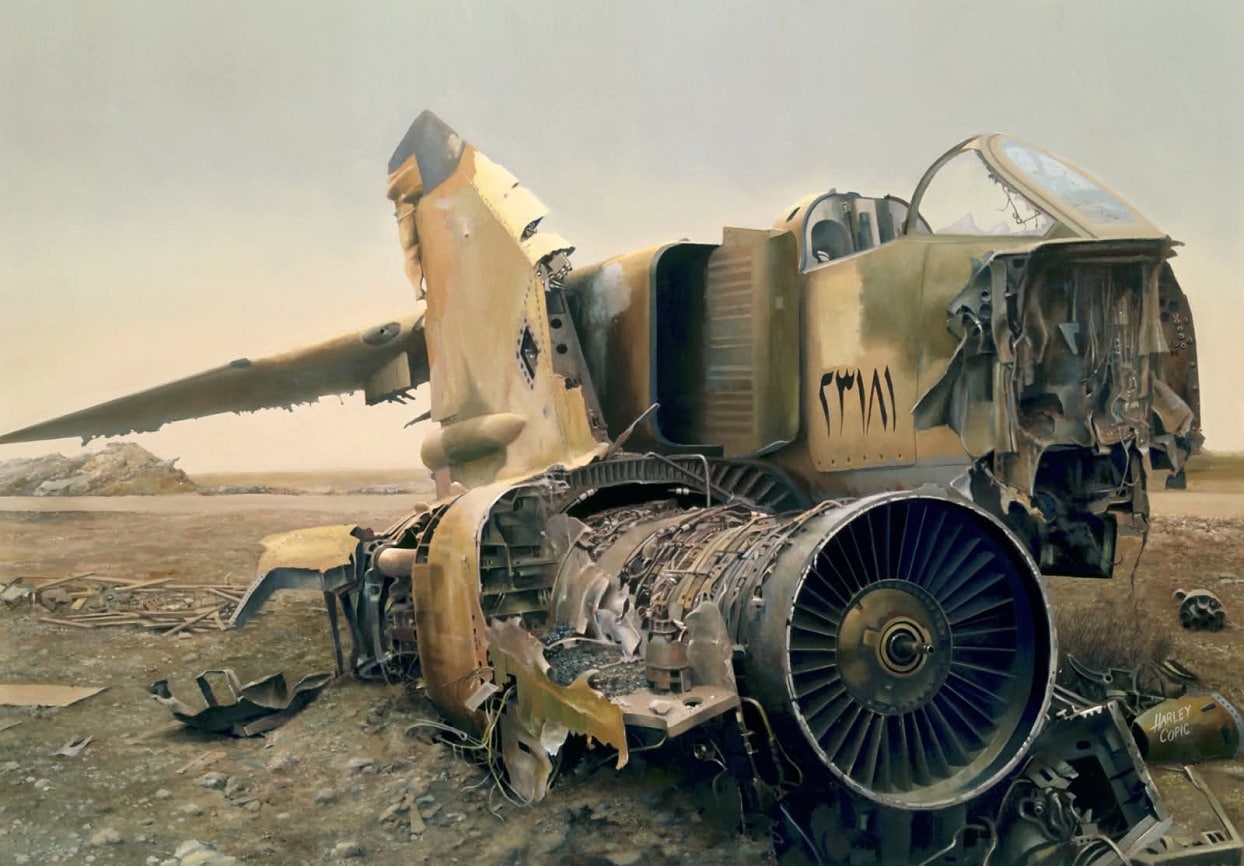 Sometimes the Cold War seemed like one big treasure hunt. When one side came out with a new weapon, the other side made every effort to get their hands on a copy to analyze, reverse-engineer or give it to guerrillas fighting the opposition.

The United States termed this Foreign Military Exploitation (FME). A collection of documents compiled by the nonprofit National Security Archive shows just how extensive America’s campaign was to obtain the latest Russian gear.

For example, a 1951 U.S. Air Force intelligence report described how America got the chance to examine a MiG-15, the Soviet jet fighter that shocked U.S. pilots over Korea. After a dogfight northwest of Pyongyang on July 9, 1951, a MiG-15 pilot was seen bailing out before his fighter crashed in shallow water off the west coast of Korea. British aircraft found the wreckage, but a U.S. Air Force recovery team was unable to retrieve it.

In late July 1951, a combined U.S.-British naval and air task force tried again. Despite fire from Communist forces—which also attempted their own retrieval operation—the Anglo-American force was able to recover virtually the entire aircraft, which was then shipped to the United States for analysis. Other wrecked Soviet aircraft proved a goldmine, such as the Yak-28 Firebar interceptor that crashed in West Berlin in April 1966.

Perhaps the most famous case of grabbing Soviet technology came in the early 1960s, when the CIA “borrowed” and photographed a Soviet Luna satellite on display in Mexico. In 1965, the CIA arranged to get a new Soviet Mi-8 transport helicopter, and also requested $100,000 to obtain a Soviet Minsk-2 digital computer (no mention if the operation was successful).

The constantly shifting alliances of the Cold War meant that weapons given to a Third World ally would end up being given to the opposing superpower once that ally changed sides. Hence, in 1966 the CIA acquired Soviet antiaircraft weapons supplied to Ghana, which then offered them to the United States (likewise, the Soviets probably got a look at the F-14 and other American weapons supplied to Iran after the Islamic revolution took power).

The problem with intelligence operations is that it is often not clear whether the results justify the effort. But the declassified documents make clear that getting hands-on with Soviet equipment and technical manuals bore fruit, particularly for the U.S. Air Force.

Take the July 1966 memo sent by the Air Force to the CIA regarding the Soviet SA-2 antiaircraft missile. “You are undoubtedly aware that our Navy and Air Force pilots have been having considerable success in avoiding losses to the SA-2 system in North Vietnam,” wrote Air Force Lt. Gen. Joseph Carroll. “A part of this success is attributable to the manuals and other information which were secured by your Agency and turned over to DoD for study.”

However, the Air Force memo also lamented that the United States had not yet obtained an actual SA-2 system to study. That opportunity arose after the 1967 Six-Day War, when Israel captured some from Egypt.

Indeed, America’s best source for review copies of Soviet weapons was Israel, which collected a vast arsenal of Russian weaponry courtesy of the Arab armies in 1967, 1973 and 1982. But that relationship was less than smooth. For example, a June 1967 memo said that much of the equipment captured in the Six-Day War “is critically needed by the Department of Defense for intelligence exploitation.” However, a September 1967 Air Force memo complained that while Israel had granted the United States access to much equipment, the Israelis had displayed “marked hesitancy” in allowing inspection of high-priority items, especially the SA-2 missile (the Air Force suggested the Israelis were aiming to trade access in return for American arms).

Nonetheless, the United States eventually gained full access to the captured Soviet equipment, including SA-2 missiles and their Fan Song radar (which the Americans desperately wanted to examine for jamming purposes), antiaircraft guns, radios and tanks. “This overall exploitation effort is expected to fill many U.S. intelligence and research and development gaps, some of which are directly associated with the Southeast Asian conflict,” the Air Force said. These insights spanned Soviet “design criteria, production quality control and research and development philosophy.”

Soviet weapons were desired for more than their intelligence value. Those arms could be supplied to groups fighting the Soviets and their allies, notably Afghan rebels battling the Soviet occupation. Again, Israel was seen as a source after it captured vast stocks of Soviet equipment during the 1982 Lebanon War. Though that conflict caused tensions between America and Israel, it also gave the Pentagon priceless information on advanced Soviet weapons such as the MiG-23 fighter and T-72 tank.

Ironically, the Washington thought it should receive the goodies from Israel as a freebie (or as a thank-you for U.S. aid). “While we recognize our current bargaining position with the Israelis is very low,” CIA Director William Casey wrote Secretary of Defense Caspar Weinberger, we nevertheless request your assistance… to apply the leverage necessary to acquire these weapons at little or no cost to the U.S. government.”