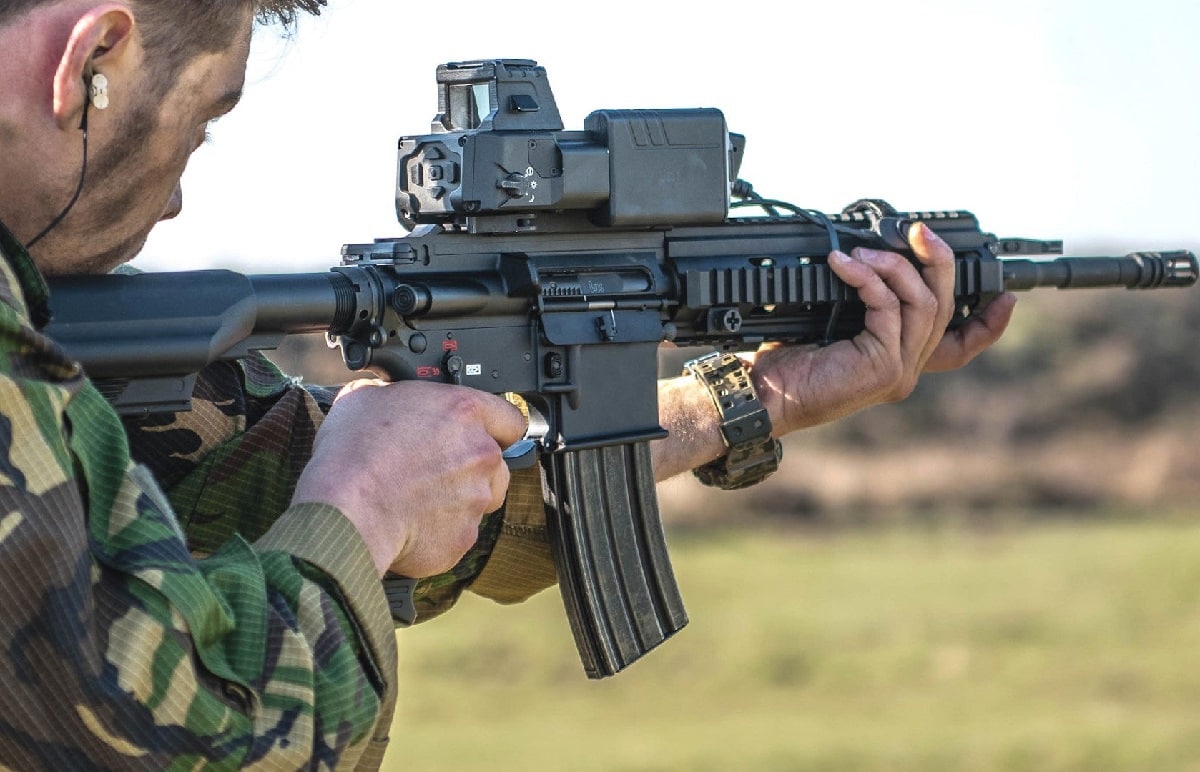 The United States Marine Corps will accept a new counter-drone system to help them take out unmanned aerial threats. The system, manufactured by Smart Shooter, an Israeli firm, is essentially a computed-aided optics system compatible with a wide variety of small arms and is designed to drastically increase hit probability when aiming at a variety of small and difficult to target UAVs.

In addition, the company inked a “cooperative research & development agreement” with the United States Naval Surface Warfare Center to employ a variant of the system on U.S. Navy ships.

The Israeli firm’s flagship product is their Smash 2000 Plus, a somewhat chunky optical sight kit that attaches to most small arms via Picatinny rail. The system combines a small computer with an optical and fire control system that calculates when a shooter should pull their trigger to hit a target.

The company explained that their “proprietary target acquisition and tracking algorithms are integrated with sophisticated image processing software into a rugged hardware solution, providing an easy to use and cost-effective solution that creates the required overmatch.”

When a shooter designates and locks onto a target, a trigger pull arms the Smash 2000 Plus’ fire control system. The system’s optic component tracks the designated target and synchronizes a shot with the target. A Smart Shooter promotional video can be seen here and gives a good overview of how Smash 2000 Plus works.

The system depends on a rechargeable lithium-ion battery pack that Smart Shooter claims lasts for 72 hours, or up to 3,600 shots.

The company claims that Smash 2000 Plus can achieve an 80 percent hit rate against moving targets from a standing, unsupported position from a distance of 100 meters.

It is possible that the Smash 2000 Plus may have been used before, though not by the Navy or Marine Corps. Photographs circling online appear to show American Special Operations soldiers using the Israeli system in Syria.

The partnership with the Naval Surface Warfare Center is significant both for the Navy and Smart Shooter, as data gathered during naval prototyping could prove valuable to both parties. And considering the increasing drone threat faced by naval ships worldwide, particularly in places like the Persian Gulf, an anti-UAV system that easily interfaces with existing Naval and Marine Corps weaponry is clearly an advantage.

In any case, both the Marine Corps and the Navy stand to benefit from this novel anti-UAV system. Rather than relying on a large jamming device or a net-type projectile, Smart Shooter’s seemingly simple optical system could prove an easy solution.