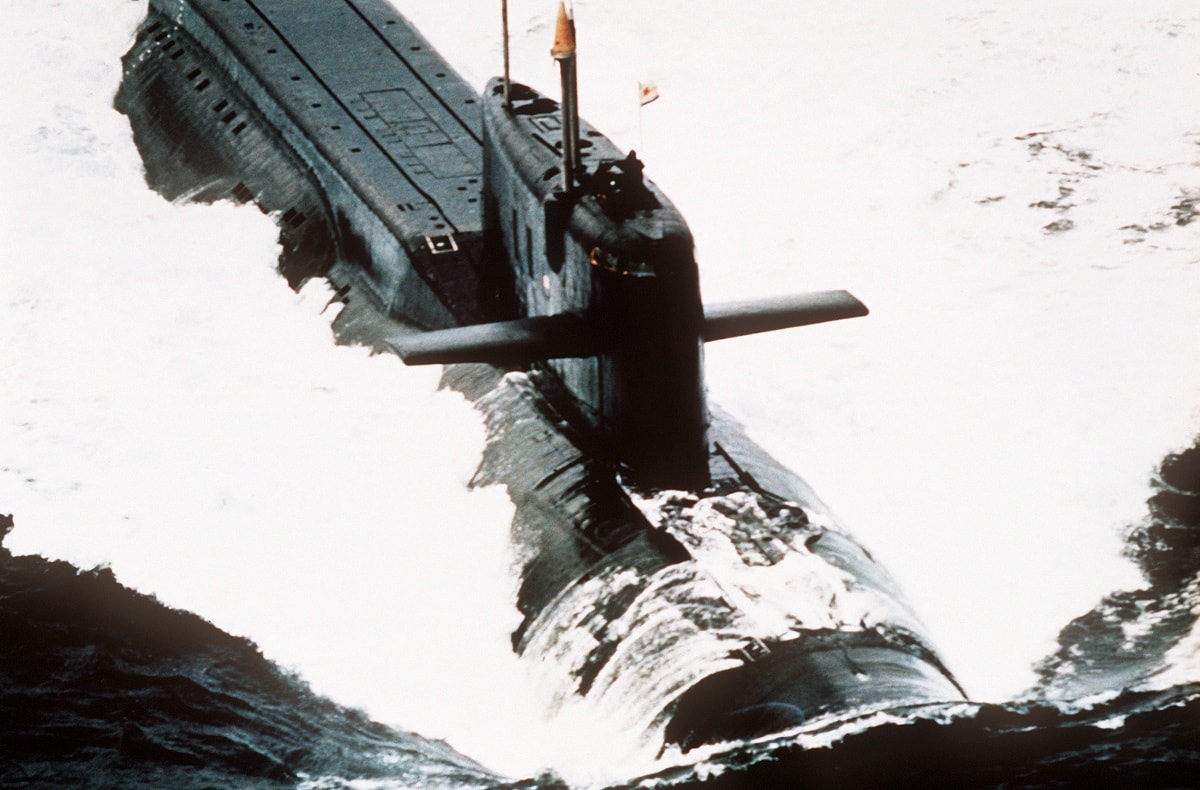 If you’re a sailor on a Russian submarine that sinks in the middle of the ocean, don’t expect much sympathy from the Kremlin.

Judging by the reaction of Soviet leaders to the accidental sinking of a Soviet nuclear missile sub over 30 years ago, you’ll be lucky if you’re not shot by a firing squad.

Just how hard-nosed the Kremlin can be is shown in the transcript of a Politburo meeting on the maritime disaster, published by the National Security Archive.

On October 3, 1986, the Soviet Yankee-class ballistic missile submarine K-219, equipped with 16 R-27 nuclear missiles was on patrol in the North Atlantic, about 700 miles off the coast of Bermuda. A seal in the hatch cover of Number 6 missile tube failed, which allowed seawater to leak into the tube and mix with missile fuel (rumors that K-219 collided with a U.S. Navy submarine have been denied by both the U.S. Navy and the K-219’s captain).

Seawater combined with missile fuel to produce heat and toxic gases. Despite a crewman venting the tube, an explosion erupted in the silo, ejecting the missile and its warheads into the sea. Five crewmen eventually died, and the boat began to sink. After a Soviet freighter unsuccessfully attempted to tow the submarine home, Captain Second Rank Igor Britanov ordered the crew to abandon ship. K-219 sank 18,000 feet to the ocean bottom, where it broke into two pieces, with several missile hatch covers open and the missiles gone.

That Captain Britanov was charged with negligence is not totally surprising: the U.S. Navy might have done the same. But charging him with sabotage and treason? That is truly remarkable.

“Could it [the accident] have happened due to lack of competence of the crew or because of cowardice?” asks Soviet General Secretary Mikhail Gorbachev during the October 6, 1986 meeting. In other words, Gorbachev wonders whether the crew of a Soviet nuclear submarine, who were entrusted with the capability to start World War III, actually panicked and abandoned their boat without cause.

It’s hard to imagine a U.S. President having such a concern about U.S. submarine crews (though they have also been known to make mistakes). Then again, Soviet submarine safety can be gauged by the old Red Navy joke that you can recognize Soviet nuclear submarine sailors because they glow in the dark.

As if this wasn’t bad enough, Gorbachev also repeatedly voices suspicion that the K-219’s demise was no accident.

“This couldn’t be sabotage?” Gorbachev asks when Soviet Navy chief Vladimir Chernavin reported that the attempted tow of K-219 had failed because too much water had flooded the sub.

“We do not have data to make such a conclusion,” Chernavin replies.

At another point, Gorbachev tells the Politburo that “the boat was taken for towing, but the tow cord broke. Again, not clear why? In short, one mystery after another.”

Presumably the “sabotage” that worried Soviet leaders would have been performed by Western nations, most likely the United States. If in fact the Soviets had found evidence — or thought they found evidence — that the United States had sabotaged a nuclear missile submarine, then Ronald Reagan’s nuclear war-fighting strategy might have had its first — and last — field test.

Soviet leaders also worried that the Americans would raise the sunken sub to loot code books and secrets, just as the CIA had attempted with the wrecked K-129 in 1974. “It is possible that some items had not been destroyed, because they were confident that the boat would not sink and they would be able to tow it,” Minister of Defense Sergey Sokolov told the Soviet leadership.

Beyond seeking details of the disaster, the Politburo also focused on how to spin-doctor the disaster to limit damage to Soviet prestige. Gorbachev noted that President Reagan had thanked the Soviets for notifying the U.S. about the incident. “The Americans even offered their assistance and informed us that their planes will be present in the area of the accident,” he noted. “In his conversation with [former Soviet ambassador to the U.S. Anatoly] Dobrynin, Raul [Castro] especially noted the speed of our reaction and said that it has great importance for informing the world public because previously they would learn about such things from American media reports.”

Gorbachev suggests a statement to the Americans, the International Atomic Energy Agency, the Soviet TASS news service, and other Communist nations. “In our information we should reiterate that according to the conclusion of the experts, a possibility of a nuclear explosion is ruled out after the boat has sunk. At the same time, we could say that the experts see a possibility of radioactive contamination at great depth after a certain period of time.”

To his credit, the Politburo transcript also shows how alert and incisive was Gorbachev. Leaving aside the concerns about sabotage and incompetence, he asks pertinent questions about the disaster, such as why the explosion occurred and why rescue vessels couldn’t save K-219. He wanted to know how toxic gases poisoned the submarine’s air, why a tow rope broke, and whether sensitive information on K-219 could be retrieved by the Americans.

It’s a curiosity and comfort level with detail that probably would have eluded Gorbachev’s counterpart Ronald Reagan. But it’s also a tragedy that K-219’s brave sailors were accused of failing to do their duty.