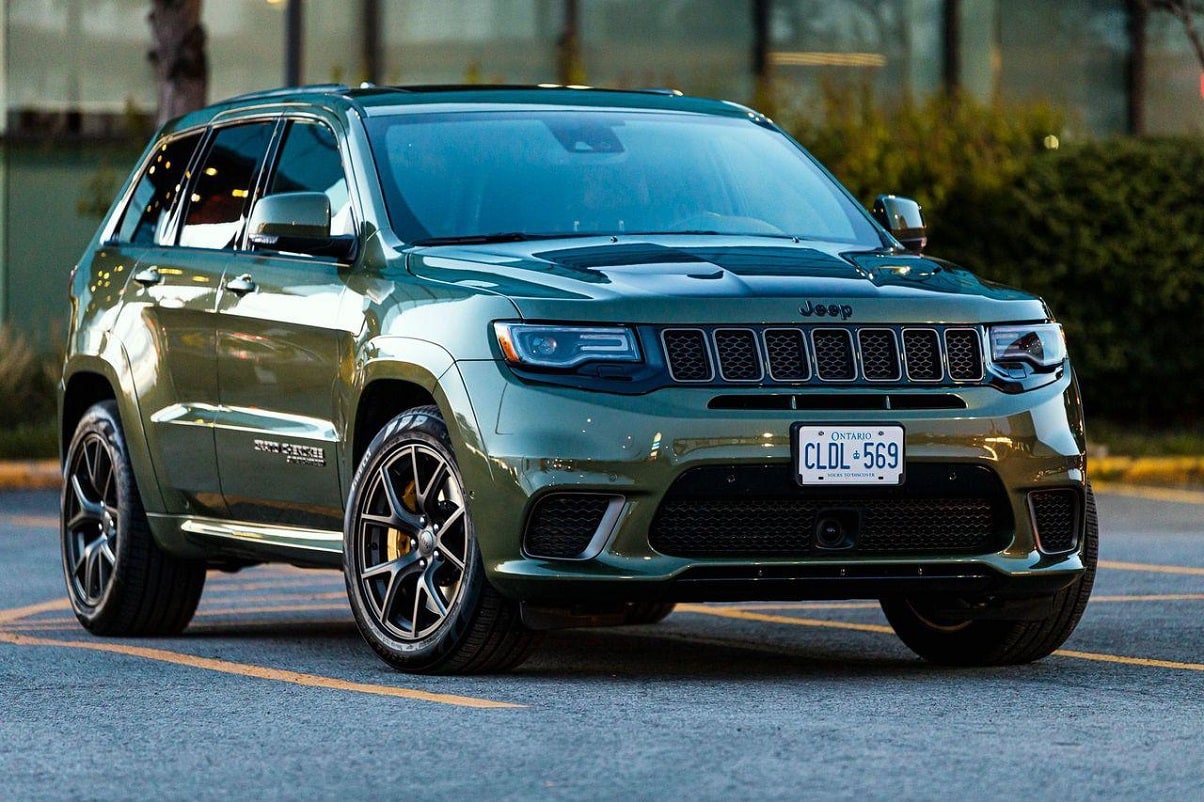 When one thinks of the off-road brand Jeep, there is a pretty good chance that the Wrangler will creep into the mind.

But that’s not to say that the Grand Cherokee should always play second fiddle to that particular model. There’s no question that the Cherokee can hold its own.

In fact, Jeep recently revealed its all-new Grand Cherokee for the 2022 model year, which will come complete with a Grand Cherokee 4xe hybrid variant for the first time ever.

According to Sebastian Cenizo at Carbuzz.com, “it looks much more modern, taking on styling cues inspired by those of the latest Wagoneer, but while we love the new tech, the option of a hybrid, and the refreshed styling, not all of our desires have been met.”

He makes known one particular request. “The hybrid model signals a shift in focus for Jeep, but before the world becomes fully committed to electric vehicles, we’d like to see the automaker produce a Trackhawk model with a Hellcat engine, just once more. Do it for the fans, Jeep,” he writes.

As for the much-vaunted 2021 models, Eric Stafford at Car and Driver seems to be in love with the Trackhawk version, and for good reason.

Stafford notes that the “Grand Cherokee Trackhawk is an expletive-inducing thrill ride that would have gotten Clark Griswold and family to Wally World a lot sooner while still doubling Sparky’s swears. With a 707-hp supercharged Hellcat V-8 under the hood, it’s not only the most powerful Jeep ever built, it’s one of the most powerful SUVs in the world.”

He continues: “While the Trackhawk can’t keep up with most sports cars at the racetrack, it can outrun some of the best of them in a straight line. Now, it does cost roughly three times as much as a base Grand Cherokee Laredo but its prodigious performance makes its almost $90K price tag look like it’s from the clearance section compared with the Porsche Cayenne Turbo and Mercedes-AMG GLE63 S.”

Sadly, it seems the production of this insane SUV will end this November. But why can’t we dream of this model sticking around a little longer?

Cenizo, however, seems resigned to the fact that it is “very unlikely that our dream will come true.”

“But if it does, the Trackhawk should go out with a bang. 707 horsepower just won’t cut it anymore, so we’d like to see the 6.2-liter supercharged V8 develop at least 717 hp as in the current Challenger SRT Hellcat, but the Redeye’s 797 hp would be met with no complaints either. Power would have to go to all four corners once again, but that’s no bad thing—especially in an SUV. Some bigger brakes, a lowered suspension setup, and some unique styling would make it just as popular as the original,” he contends.

For added styling, “we’d expect a vented hood to feature once again, along with unique fascias at either end of the SUV. Bigger wheels wrapped in sticky low-profile rubber would be another nice-to-have, as would a black roof. Inside, we’d like to see model-specific seats with contrast stitching and suede, a unique steering wheel, and splashes of carbon fiber for that sporty look and feel,” he concludes.