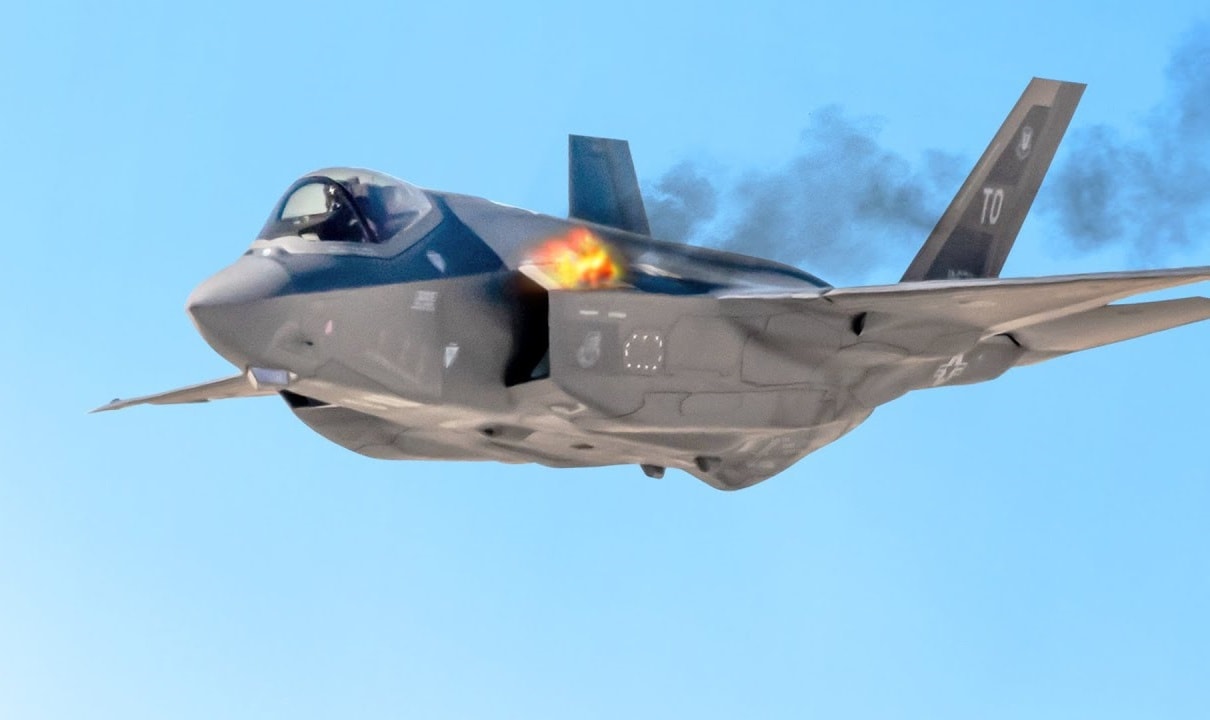 The U.S. Marines are known as the “devil dogs” because they bring a lot of aggression to the table. The Marine Corps comes highly armed with their own exotic and robust weapons systems. What’s on the menu as their top weapons platforms? How about the Equalizer 25mm Gatling Gun, the Rockeye II Cluster Bomb, the NMESIS anti-ship missile, the AH-1Z attack helicopter, or the Light Armored Vehicle Anti-tank. Look out Army, the marines are locked and loaded too.

The Equalizer rotary cannon is mounted underneath the belly of a Marine AV-8B Harrier II fighter jet. It brings a hellish type of annihilation. The Equalizer fires an incredible 3,600 to 4,200 rounds per minute from five barrels that rotate in a Gatling-type gun run by an electric motor. These guns are similar to what the Air Force uses in its AC-130 gunship. The range of the Equalizer is up to two miles. Each barrel fires once per gun revolution. It usually fires air-to-ground. This helps Marine Infantry when they are pinned down by mortar fire or other types of heavy ordnance from buildings or bunkers.

The Rockeye II Cluster Bomb is usually carried by the Marine Corps F/A-18 A-D Super Hornet warplane. A Cluster bomb drops and then releases a number of explosive bomblets at a target. In the Marines case, these are generally used for anti-tank missions. Each Rockeye cluster bomb weighs 490 pounds with 247 bomblets. The bomblets weigh about 1.3 pounds, and the explosive shaped charge warhead is about 0.4 pounds. They can penetrate at least 7 inches of armor. The marines made good use of the Rockeye II cluster bomb during Operation Desert Storm against tanks, artillery, and personnel. They dropped almost 16,000 Rockeyes during that engagement. Due to their destructive abilities, cluster bombs have been banned for the last ten years by the Convention on Cluster Munitions to protect civilians from unexploded ordnance. The United States is not a signatory of the treaty. The last time the Americans used cluster munitions was in Iraq in 2003.

The Marine Corps is moving more toward the stand-off missile fight. In August, they successfully tested an anti-ship weapon called the NMESIS. NMESIS stands for Navy Marine Expeditionary Ship Interdiction System. The test happened in Hawaii and the NMESIS practiced firing at a decommissioned ship. There will be more tests next year and then the marines plan to have it in service in 2023. The marines are looking at new future scenarios to best transform their branch. One of these is what I call the “island fight.” The South and East China Sea is full of various rocks and reefs that are being claimed and militarized by China. The marines could potentially be called to interdict the Chinese on one of these disputed islands. This would precipitate the need for some kind of land-based missile that could take out a Chinese ship. The NMESIS looks like it is up to the challenge.

The Marine Corp’s AH-1W Super Cobra was the branch’s go-to attack helicopter for more than 30 years. It was finally retired last year and was replaced by the AH-1Z Viper. The Viper is one nasty bird. It carries 16 Hellfire missiles like the Apache, but unlike the Apache, it can be armed with air-to-air AIM-9 Sidewinder missiles. It has 70mm Hydra rockets and sports a 20mm Gatling gun. It can fly up to 20,000 feet high with a 250-mph top speed. That’s faster than an Apache. The Viper may even have better avionics than the Apache. Many of its exterior components are ballistically-hardened to protect from enemy fire. Instead of the two-blade Super Cobra, the Viper has a four-bladed composite rotor system for better maneuverability. The viper is definitely “flying artillery.”

The marines have used the light-armored vehicle for years, so it is nothing new. But the Corps turned in their Abrams tanks and will no longer have armor in their arsenal. This means that the anti-tank version of the Light-Armored Vehicle will have to answer the call. The marines are planning to replace this vehicle, but they have been saying that for years. The LAV-AT is fully capable of sticking around for a fight against China – if that ever happens. The LAV-AT fires the tube-launched, optically-tracked, wire-guided—or TOW—missiles. The LAV-ATs now have thermal sights to make the TOW more lethal. It carries two missiles ready to fire in the tubes and then 14 more can be re-loaded. One problem with the system is that the LAV-AT has to stop to track targets and fire missiles. But it can “shoot and scoot” with the best of them.

What’s the winner? I’d probably have to go with the Viper attack helicopter. I think the marines really have something special here. This aircraft is fast and aerodynamic with a robust weapons system. It can really give the Apache a run for its money. Second place for me would be the NMESIS anti-ship missile. This system can really be a difference-maker for the marines as they transition their force to something that is more amphibious, lighter, and still lethal.