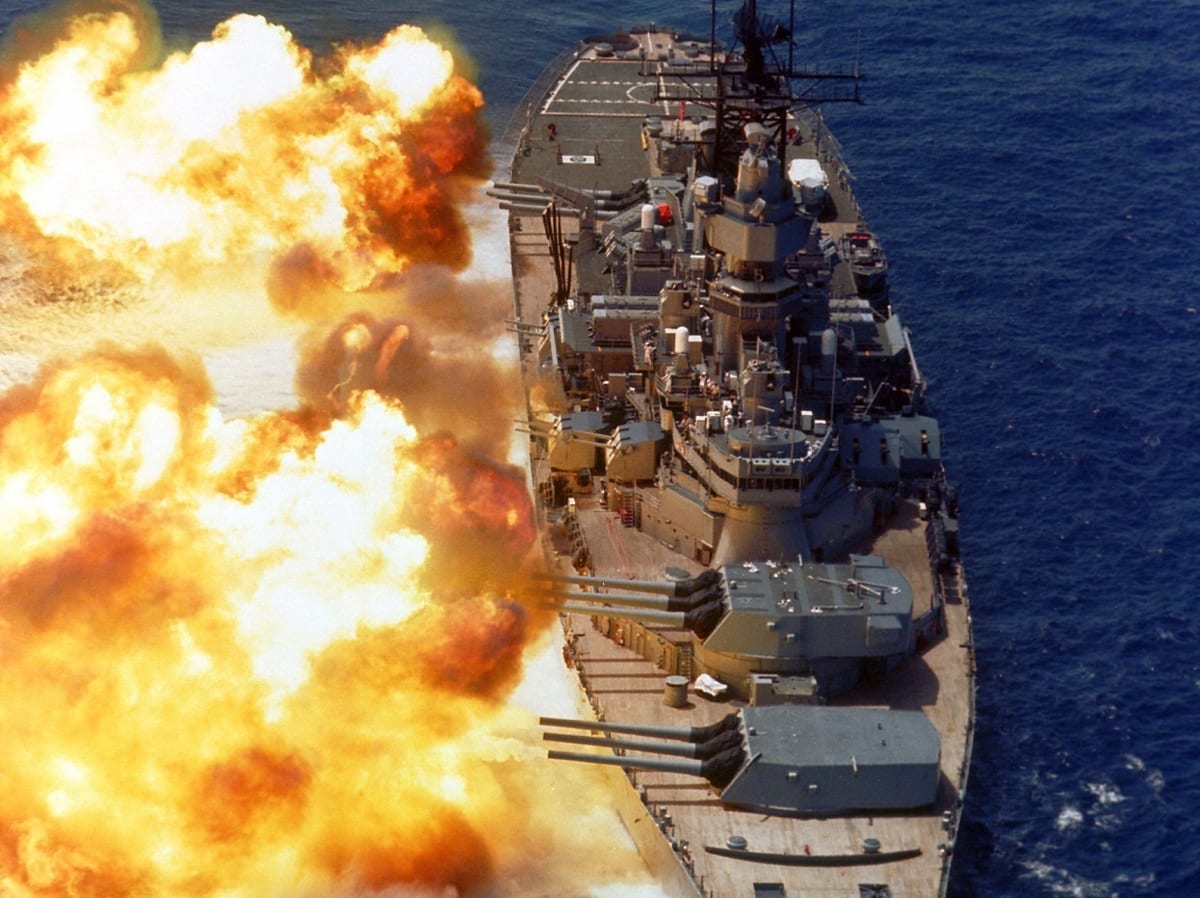 Great-power competition is back, and so are surface navies. As any student of history will tell you nationalist rivalries drive naval construction, going back to the days of the Greeks and the Persians. After a quarter century hiatus, shipyards are again building large destroyers and even cruiser-sized vessels.

All of the world’s most powerful surface combatants operate in the latest rivalry between major powers, this time in the Asia-Pacific region. The five most powerful surface ships on the planet are means to an end, board-game pieces in the struggle between the dominant military powers of postwar Asia (the United States, Japan) and authoritarian states (Russia, China) challenging the status quo.

The largest surface combatants built by any power in the years after World War II, the Kirov class ships are often referred to as battlecruisers because of their sheer size and firepower. The four Kirovs are each 823 feet long—eighty percent of the length of a U.S. Navy supercarrier—with a beam of ninety-three feet. The ships displace 24,300 tons, and can make speeds of up to thirty-two knots due to the presence of a CONAS (Combined Nuclear and Steam) propulsion system that generates six hundred megawatts of power.

Of the four original ships only two, Petr Velikiy and Admiral Nakhimov, are still in service. The ships were originally armed with twenty P-700 Granit (NATO code name: SS-N-19 Shipwreck) ramjet anti-ship missiles, each of which could carry a 1,500 pound high explosive or nuclear warhead. Fast and powerful, the Kirovs were positioned to hunt down and destroy American aircraft carriers carrying nuclear weapons that could threaten Moscow’s missile submarines sea and the Soviet homeland.

Petr Velikiy currently serves with the Russian Northern Fleet, while Admiral Nakhimov is receiving an extensive overhaul that will reportedly include new Zircon hypersonic missiles and the S-500 surface to air missile system.

The Ticonderoga-class guided missile cruisers were the first American ships equipped with the SPY-1 radar, SM-2 air defense missiles, and the Aegis combat system. Although considered multi-purpose ships capable of engaging in anti-submarine and anti-surface warfare, the main mission of the cruisers was to defend U.S. Navy carriers and other large, high value assets from mass aerial attack.

The twenty-two Ticonderoga-class cruisers still in service (five older ships were retired at the end of the Cold War) are 564 feet long and weigh up to ten thousand tons fully loaded. Each can do more than thirty knots, thanks to four General Electric LM-2500 gas turbine engines. The Ticos are the last ships in the Navy to mount multiple guns, with one Mark 45 dual purpose five-inch gun in the front and the rear.

Two features make the Ticonderoga class especially potent: the ability of certain ships within the class to accomplish the ballistic missile defense mission using Aegis and SM-3 interceptors, and the ability to use F-35 fighters and E-2D Hawkeye airborne early warning and control aircraft as an extension of the ship’s sensors, a system known as Naval Integrated Fire Control – Counter Air (NIFC-CA).

Japan’s Maritime Self Defense Force often takes cues from what it might consider the “senior service”, the U.S. Navy. The MSDF, faced with the mission of protecting the country from North Korean short and medium-range missiles, commissioned four Kongo-class guided missile destroyers.

The ships are virtual copies of the American Arleigh Burke-class guided missile destroyers. Kongo and her three sisters, Kirishima, Myoko, and Chokai are each 528 feet long and displace 9,400 tons fully loaded. Each was built with ninety of the same vertical launch silos on the Ticonderoga class and can load many of the same weapons. The Kongo class, although generally American, sports subtle differences including an Oto-Melara five-inch gun, LM-2500 gas turbines manufactured under license by IHI Japan, and locally sourced sensors and electronics.

The Kongo-class destroyers are meant to be guardians of Japan; equipped with the SM-3 missile interceptor just two of the destroyers can protect most of the country from ballistic missile attack. Two Kongos are typically at sea to fulfill this role at any particular time.

The latest large surface ship to enter production, the Type 055 class guided missile destroyers are the latest to join the People’s Liberation Army Navy. A follow-on to the Type 052 class, the ships are larger and more capable than any other ship in the PLAN and likely stiff competition for the Ticonderoga-class cruisers.

The Type 055 class are 590 feet long, making them longer than the Ticonderogas, and are estimated to weigh approximately upwards of ten thousand tons. Like their American counterparts the Type 055 destroyers are likely meant as bodyguards for China’s fledgeling aircraft carrier fleet, with the ability to take on anti-submarine and anti-surface warfare roles as necessary.

China launched two Type 055s simultaneously in July 2018. China is believed to have a requirement for at least eight of the destroyers.

Named after the famous destroyer commander, the Arleigh Burke-class destroyers are the most numerous large surface combatants. In many ways the Burke class was a successful shrinking down of the Ticonderoga classes’ sensors and armament (minus a five-inch gun and twenty-six vertical launch silos) into a smaller platform.

The first ship in class, Arleigh Burke, was laid down in 1988 and entered service in 1991. The class has been in almost continuous construction since, with a brief pause in the 2010s. The ships are 505 feet long and displace up to 7,900 tons, with older ships weighing more. Four LM2500 gas turbines drive the ships to speeds in excess of thirty knots.

The Burkes are each equipped with a single five-inch dual purpose gun, ninety-six vertical launch silos, the SPY-1 radar and Aegis Combat System, and Harpoon anti-ship missiles. Beginning in the late 1990s, a helicopter basing capability was added with a two helicopter hangar. A third major revision to the platform, Flight III, will replace the SPY-1 radar with the new SPY-6 Air and Missile Defense Radar. Like some ships in the Ticonderoga class, several Burkes are capable of the ballistic missile defense mission, engaging ballistic missiles with a combination of Aegis and the SM-3 interceptor.