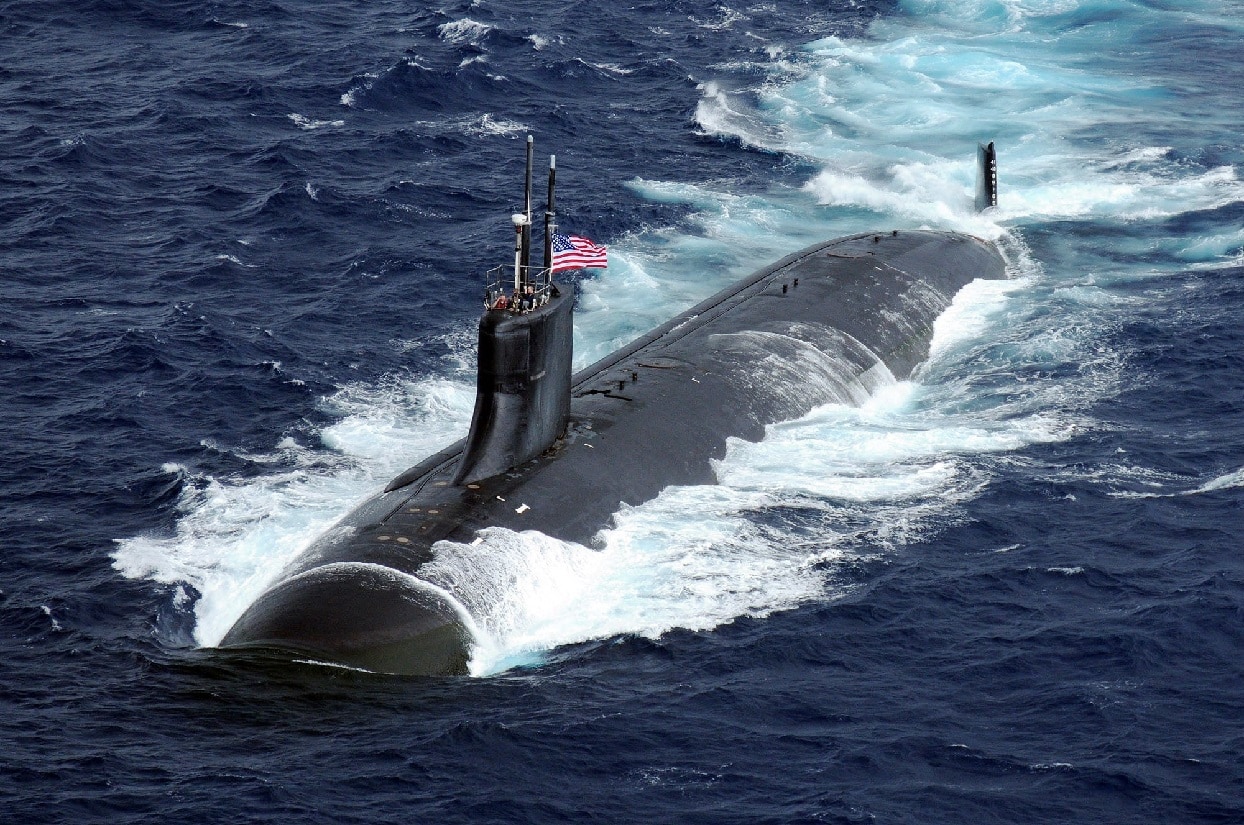 The USS Connecticut struck something while underwater in the South China Sea.

While submerged somewhere in the South China Sea, the USS Connecticut, one of the U.S. Navy’s advanced nuclear-powered Seawolf fast attack submarines, struck an object. The extent of the submarine’s damage is unknown.

“The Seawolf-class fast-attack submarine USS Connecticut (SSN-22) struck an object while submerged on the afternoon of Oct. 2, while operating in international waters in the Indo-Pacific region,” a Navy Capitan told USNI News. The safety of the crew remains the Navy’s top priority. There are no life-threatening injuries.”

USNI News further reports that 11 of the submarine’s sailors sustained injuries during the accident, ranging from minor to moderate injuries.

It remains unclear what precisely the USS Connecticut hit. However, 2005 marked the last time an American naval submarine struck an object. During that incident, the USS San Francisco hit an underwater seamount while steaming ahead at full speed. The Navy attributed that collision to a navigation error, as the sub’s crew had relied on outdated maps.

Anecdotal evidence suggests that like the USS San Francisco, the USS Connecticut may have collided with an underwater topographic feature as well.

The Navy’s Seawolf-class number just three hulls in total, down from a planned 29 hulls. The class’ small size came as a result of the end of Cold War hostilities and budget cuts following the collapse of the Soviet Union, but at a cost of $3 billion, the class is the Navy’s most expensive submarine ever built.

Advanced Soviet ballistic missile submarines like the enormous Typhoon-class and Akula-class prompted the Seawolf’s unique design. Compared to the preceding Los Angeles-class submarines, the Seawolves are significantly quieter. They also carry more torpedo tubes and cruise missiles, allowing the submarines to engage targets on land as well as at sea.

The last of the class, the USS Jimmy Carter, is about 100 feet longer than the two original Seawolves in order to accommodate a Multi-Mission Platform, which allows the ship to host special operations equipment, including Navy SEALs and remotely controlled underwater vehicles. The USS Jimmy Carter was even more expensive, costing the Navy $3.5 billion.

USS Connecticut: What Next?

An official U.S. Navy statement on the incident was rather tight-lipped, stating simply that “the submarine remains in a safe and stable condition” and that the “USS Connecticut’s nuclear propulsion plant and spaces were not affected and remain fully operational. The extent of damage to the remainder of the submarine is being assessed. The U.S. Navy has not requested assistance. The incident will be investigated.”