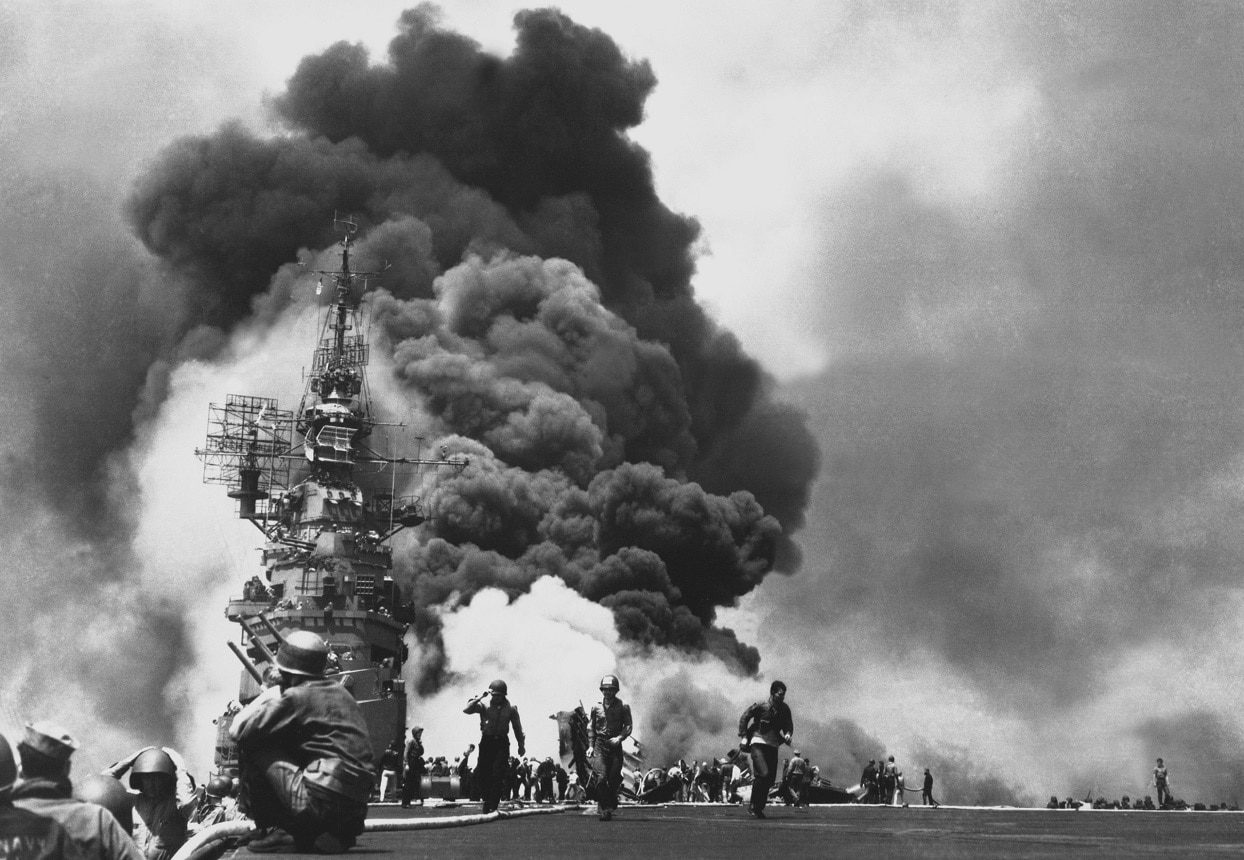 One of the most controversial decisions in history was President Harry Truman’s decision to drop atomic bombs on Hiroshima and Nagasaki in August 1945.

Some argue that Truman was haunted by estimates that Operation Downfall — the proposed invasion of Japan in 1945 — would cost a million American casualties. Others say that Japan was starving and exhausted, the casualty estimates were exaggerated, and that Truman had ulterior motives for dropping the Bomb, namely intimidating the Soviet Union with a display of America’s technological might.

Like any counterfactual, there can never be any definitive proof of the outcome of a hypothetical invasion of Japan. But we can make a few reasonable assumptions.

First, we can take a good guess what an amphibious assault on Japan in November or December 1945 would have been like. Fresh in American minds would have been Operation Iceberg, the April 1945 assault on the island of Okinawa, 400 miles from the Japanese mainland and politically a part of Japan proper. Rather than suicidal banzai charges in the face of American firepower, the Japanese changed tactics: they retreated to fortified lines and caves in the Okinawan interior, where they fought  for three months and almost to the last man. Meanwhile, wave after wave of kamikaze aircraft dove on U.S. and British Commonwealth ships (even the super-battleship Yamato made a suicide sortie). The result was more than 50,000 U.S. casualties, a quarter-million Japanese military and civilian dead, and more than 400 Allied ships sunk or damaged.

Operation Downfall would have made Okinawa look like a picnic. “The often-repeated common wisdom holds that there were only 5,500, or at most 7,000, aircraft available and that all of Japan’s best pilots had been killed in earlier battles, writes historian D.M Giangreco “Hell to Pay: Operation Downfall and the Invasion of Japan 1945-47.

“What the U.S. occupation forces found after the war, however, was that the number of aircraft exceeded 12,700, and thanks to the wholesale conversion of training units into kamikaze formations, there were some 18,600 pilots available. Most were admittedly poor flyers, but due to the massive influx of instructors into combat units, more than 4,200 were rated high enough for either twilight or night missions.”

Today’s U.S. Navy fears attacks by swarms of Iranian or North Korean small boats, but the Japanese would have unleashed a horde of suicide craft. There were squadrons of training aircraft whose wooden frames were almost invisible to radar, a thousand suicide speedboats, and carefully stockpiled gasoline to power them. The Japanese army was filled with poorly trained conscripts, but they would have been fighting on home ground, in rough and fortified terrain, and backed by a ragtag but indoctrinated civilian militia that would have battled American tanks with farm tools.

As it had against a Mongol amphibious invasion in the 13th Century, the weather gods would have favored Japan. A devastating typhoon in October 1945 would have delayed Allied invasion preparations, while bad weather in the winter and spring of 1946 would have hampered operations and logistics.

Of course, the Allies (Britain and Australia would have contributed warships and aircraft) would have enjoyed air and naval supremacy to isolate and pound Japanese troops, supply lines and whatever factories hadn’t been destroyed by U.S. B-29 bombers. They would have had numerous tanks and artillery pieces, and ample ammunition to use all this firepower. But then again, the Allies enjoyed these advantages at the Battle of the Bulge and in Korea, and still suffered heavy losses.

So would Operation Downfall have cost a million American casualties, plus a horrific number of Japanese military and civilian dead? That toll was not guaranteed, but it appears quite possible.

The problem for Harry Truman and his generals was never going to be outright defeat of an invasion, but rather how long and costly the victory. The U.S. had suffered less during the war than other combatants (the advantage of fighting on someone else’s soil). Yet by 1945, America was tired of the casualty lists, the rationing, the relentless wartime factory shifts. With the prospect of another year or two of war, there would have been pressure to use the handful of new atomic bombs — out of frustration as much as military necessity — and even to use poison gas to subdue the Japanese.

Perhaps a greater man than Truman would have balked at unleashing the monstrous genie of atomic warfare. Yet after six years of the most terrible war in history, greatness was in short supply across the globe, replaced by a desire just to get the slaughter and misery over with and bring the boys home.

The decision to drop the A-bomb may or may not have been the best decision. But it almost certainly was an inevitable one.