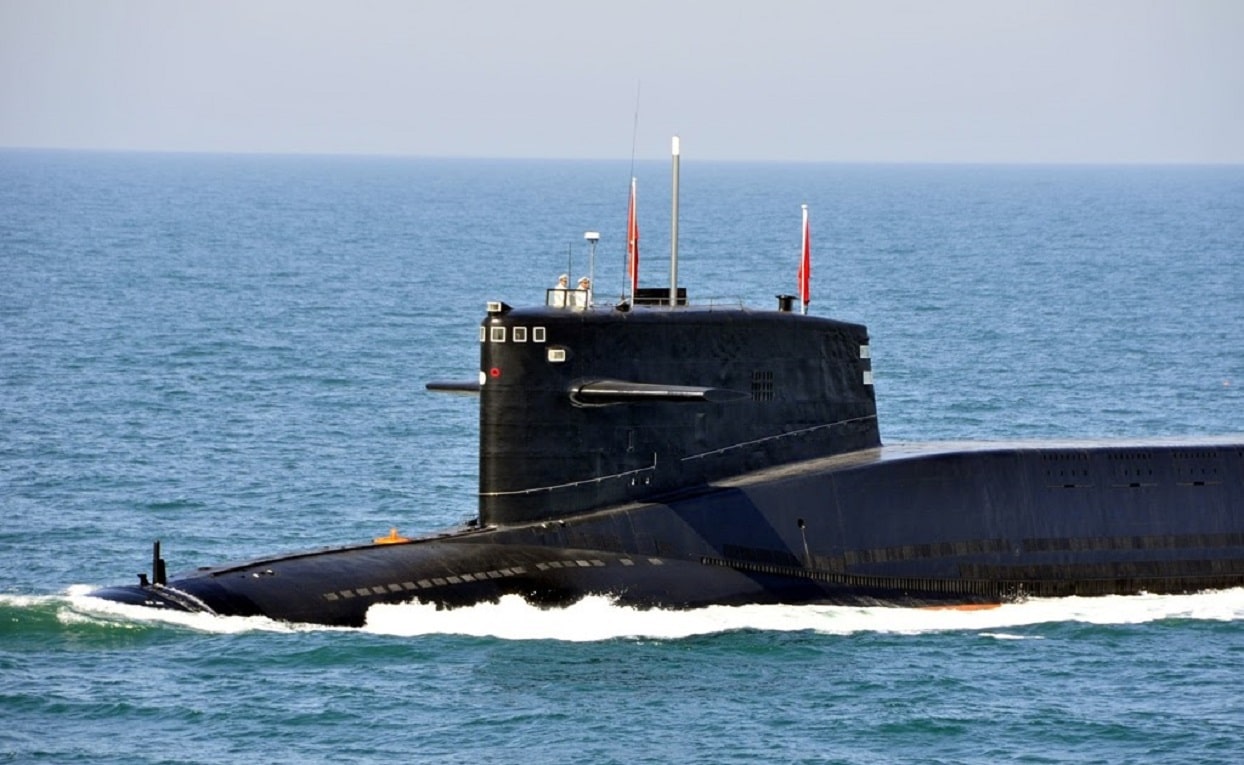 During the early 1980s, the People’s Republic of China attempted to modernize its nuclear deterrent force. One concrete results of the effort was the construction of a single nuclear ballistic missile submarine, a “boomer” in arms-control parlance. Constructed at enormous cost, the Xia class of submarines was such a disappointment that a follow-on class was not fielded for twenty years.

For a country with a population of more than a billion, the People’s Republic of China has a remarkably small nuclear force—and a restrained nuclear policy. The country detonated its first nuclear device in 1957, and its first thermonuclear device in 1964. The country’s nuclear weapons, under the control of the People’s Liberation Army Rocket Force, are estimated to total approximately 260 weapons, equipping both land-based intercontinental ballistic missiles and sea-based submarine-launched ballistic missiles.

China’s nuclear policy is a pragmatic one, largely anchored in the country’s former poverty. Rather than pursue a first-strike capability and thousands of nuclear weapons, something it could not afford during the Cold War, the country largely pursues a countervalue strategy that places an emphasis upon survivable weapons that can stage devastating revenge attacks against enemy cities. As a result, land-based missiles dominated the PLA during the early years.

Upon coming to power in 1978, Chinese leader Deng Xiaoping cut military research and development spending, concentrating what was left on the “Three Grasps”—the development of an intercontinental ballistic missile, a submarine-launched ballistic missile and a communications satellite. Sea-based nukes, which are much more difficult to locate and destroy than other basing strategies, were more in line with China’s countervalue strategy. This made a ballistic-missile submarine a national priority, and construction began that same year.

The Type 092 was designed by the Nuclear Powered Submarine Overall Design Section of the Seventh Academy, with Chief Designer Huang Xuhua overseeing the project. Despite most of China’s submarines using a traditional World War II–derived submarine hull, Huang pressed for a teardrop hull, the kind pioneered by the U.S. Navy with great success in the experimental sub USS Albacore. The first draft of the submarine plans was finished in October 1967. China’s nuclear-submarine development effort, code-named Type 09, would produce two ships: the Type 091 attack submarine and Type 092.

The priority given to the Three Grasps accelerated the Type 092’s developmental pace, which had been stalled by political maneuvering and even the carnage of the Cultural Revolution. The first submarine of the so-called Xia class was launched in 1981, and went to sea for the first time in 1983.

The Xia class was designed to carry twelve Julang (“Great Wave”) JL-1 ballistic missiles. The JL-1 was a solid fueled design with a range of just 1,770 kilometers and a 250-kiloton warhead. The JL-1 was first test-fired from a modified Golf-class submarine in September 1982. The missile’s range was disappointing: fired from the Yellow Sea, it could barely hit the northern half of Japan, and while it could hit the Soviet city of Vladivostok, it could not range as far as the important military hub of Khabarovsk. Indeed, a PLA boomer would have to be parked in the Baltic Sea to place Moscow at risk.

The single Xia-class submarine was not a military success. Ship construction was notoriously difficult and likely strained the limits of China’s submarine building abilities. The ship became operational in 1983, but faced enduring problems with reliability and radiation leakage from its onboard reactor. The ship is also allegedly the noisiest of all U.S., Russian and Chinese ballistic missile submarines underwater, making it easy to detect and track.

The sub undertook a single patrol and then never sailed again, staying pierside for so long there were rumors it had caught fire and sank in 1985. It has allegedly never sailed beyond Chinese waters. The Xia-class boat was thought to have gone into refit in 1995, and was not seen for years. It surfaced briefly in 2000 at a military exercise, but then resumed its fairly indolent career. It went back to drydock at the Jianggezhuang Submarine Base between 2005 and 2007.

While China’s first ballistic-missile submarine was meant to be a real, operational submarine and part of China’s nuclear deterrent, the obstacles encountered during construction forced lower expectations. The boat was more of a test bed, allowing China to test new underwater technologies as it gradually placed more emphasis on naval forces in general. Today the ship has been replaced by the Type 094 Jin-class submarines. Although by no means perfect (the subs have their own noise issues) the four Jin submarines are closer to China’s original vision of a sea-based nuclear deterrent capability, and they almost certainly owe their existence to the groundbreaking Type 092.