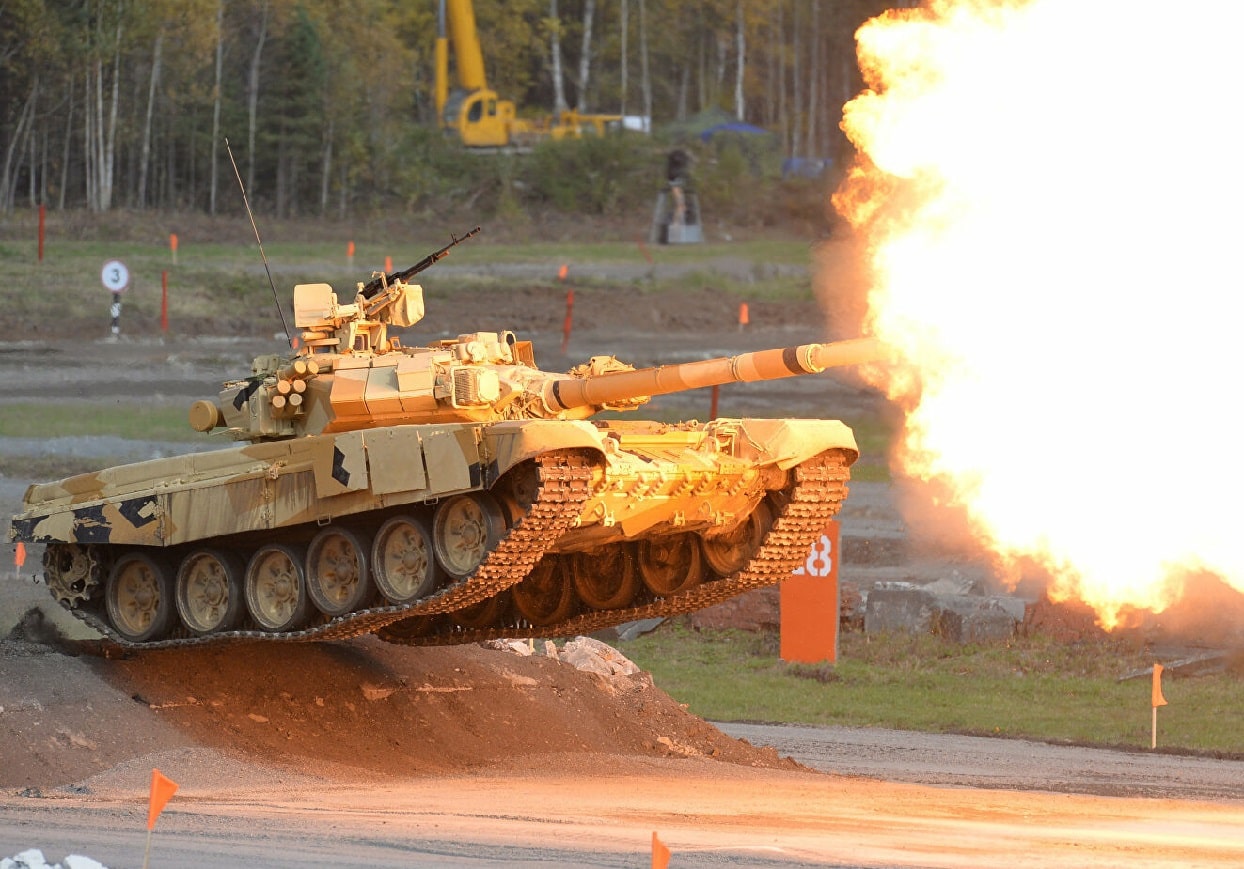 The world of the tank—an armored fighting vehicle equipped with a large main gun, tracks, and whose mission is to conduct mechanized warfare on the modern battlefield—has stagnated. Look around at the tank fleets of all the major powers and most so-called main battle tanks have been in service since the 1990s—or even the 1980s. The collapse of the Soviet Union and the shift to terrorism have placed tank forces on the back burner—or, in the case of the Netherlands, eliminated them entirely.

Most tanks—at least those in the arsenals of the West—are pretty much the same in terms of overall capability. Many countries, such as South Korea, have used the slowdown to catch up to the status quo. The top five most lethal tanks today aren’t necessarily the newest or most expensive. Each does one thing particularly well to stand out from the crowd, making it an extremely dangerous opponent on the battlefield.

The last in a long line of tanks stretching back to the late 1940s, the T-90 is the most advanced common tank in Russian Ground Forces inventory. The T-90 can trace its roots to the T-54 medium tank, and is most directly related to the T-72/T-80 series of tanks. Russia currently operates hundreds T-90As, enough to fully equip one tank and one motor rifle division.

The T-90A is tops among tanks for long-range lethality. Although the 125-millimeter 2A46M main gun is less effective than its western peers, especially the Rhienmetall 120-millimeter L44 smoothbore gun, it is lethal at longer ranges thanks to its ability to fire anti-tank missiles from the gun tube. The 9M119M Refleks laser-guided missile gives the T-90A the ability to penetrate 700 millimeters of rolled homogeneous armor equivalent with a high degree of accuracy at ranges of up to 3.1 miles.

The M1 Abrams main battle tank is the standard tank of the U.S. Army and U.S. Marine Corps. Since its introduction in the late 1970s, the M1 has undergone a steady stream of upgrades, from the introduction of the German-designed 120-millimeter gun to the addition of depleted uranium armor and networking capabilities such as Blue Force Tracker.

The M1 stands out on this list as the undisputed king of the post–Cold War era. It sets the standard for the ideal combination of firepower, protection and mobility. While other tanks may be good if not just as good, they don’t have the battle record to back it up. The M1 Abrams tank has fought in two major conflicts—the 1991 Persian Gulf War and 2003-2010 Iraq War, destroying scores of enemy tanks without a single loss to Iraqi tanks.

The German-produced Leopard 2 tank is in many ways a cousin of the M1. Both were developed after the failure of the German-American MBT-70 tank project. The two tanks are roughly identical in weapons and performance, although the American tank, with its depleted uranium hull, is heavier and better protected.

The Leopard 2 is the best European tank of the current lot, as a listing of current operators easily demonstrates. While the M1 Abrams has made some inroads in the European market, the Leopard 2 has dominated, with countries from Spain to Turkey to Norway operating large fleets. Admittedly, this is largely due to Germany having shed 90 percent of her tanks since the end of the Cold War, producing a large number of relatively inexpensive surplus tanks available for export, but the Leopard is indisputably popular. Although the exact models differ from country to country, NATO’s de facto standardization on the Leopard 2 will make the alliance’s future logistics, especially in mixed units, easier to manage.

The construction of an entirely new class of main battle tank by Israel, a tiny country, is certainly a major achievement. By the time of the Merkava’s introduction Israel had already fought three wars in which it was outnumbered by much larger Arab tank forces. Combined with a tiny general population in which even minor personnel losses were felt across society, the Israeli military envisioned a tank which prioritized defensive capabilities and firepower above all else.

The Merkava has excellent protection. Its turret and frontal hull area are sharply faceted to present maximum armored protection at all angles, giving the turret a knifelike edge. The tank’s engine is in the front of the hull, placing a large, dense mass between enemy fire and the crew. The armor believed to be some kind of new type of “hybrid armor,” and is modular so individual sections can be rapidly replaced. Most importantly though, it has the Trophy active protective system, a combination of sensors and a shotgun-like weapon capable of downing rocket propelled grenades and anti-tank guided missiles.

The latest in a very long series of tanks by the country that invented the tank, the Challenger 2 equips the British Army’s tank corps. Although based on the older Challenger 1, extensive redesigns resulted in a tank with only five percent parts commonality with its predecessor. Unique among tanks of the world, Challenger 2 is still equipped with a rifled barrel, the 120-millimeter L30 gun.

Challenger 2 is considered one of the best-protected tanks in the world, equipped with second-generation Chobham Armor, a composite matrix of ceramic and metal with superior qualities over typical steel-rolled homogeneous armor. The result is tank armor capable of defeating both kinetic energy and high-explosive anti-tank rounds.