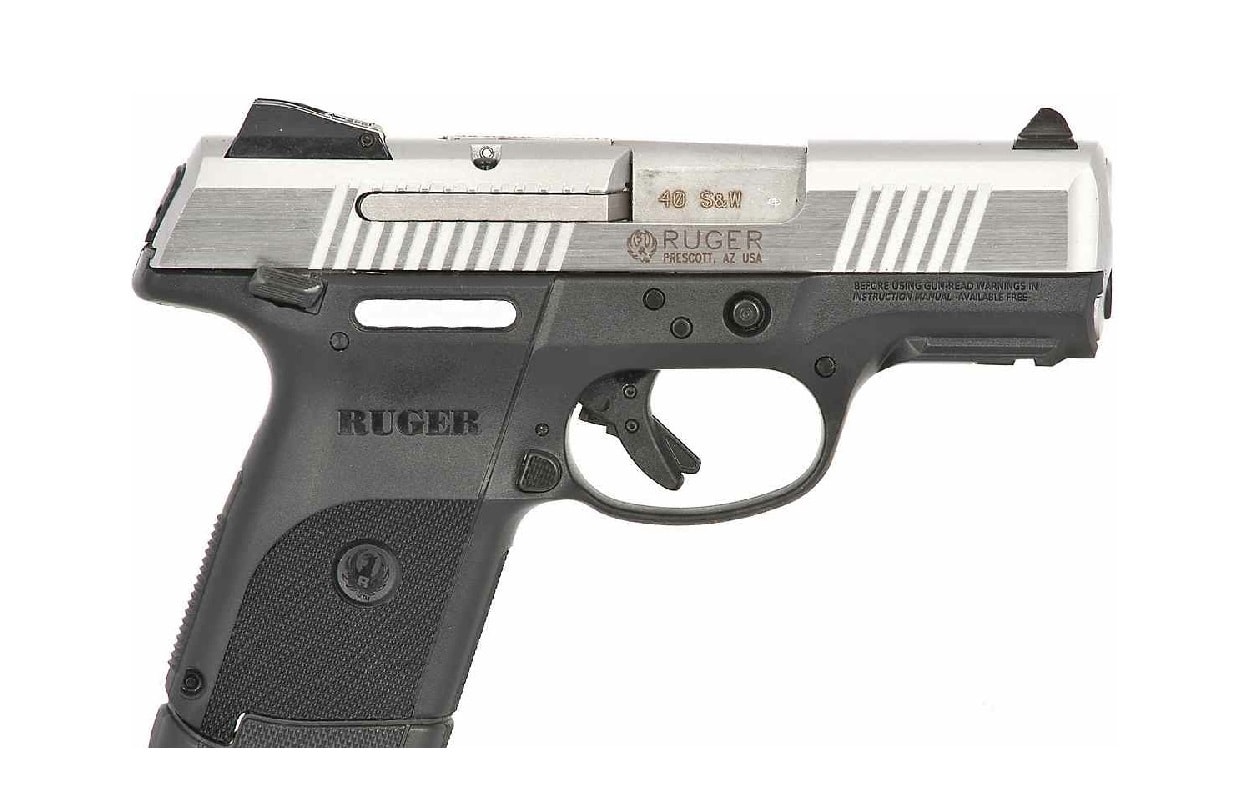 One of the more powerful compact pistols on the market, the Ruger SR40c combines a discrete size with the Smith & Wesson .40 caliber handgun cartridge. Invented by the Federal Bureau of Investigation after an infamous shootout, the cartridge is meant to provide additional power over more traditional medium handgun calibers.

The 1986 Miami shootout was a watershed moment for law enforcement firepower. The incident pitched two criminals armed with a rifle and shotgun against FBI agents with service firearms. The gun battle, for which the agents were unprepared, was an extended one which saw 140 rounds by both sides. Both criminals were killed, but at the cost of many lives. Two FBI agents died and four other people were wounded during the gun battle. The two criminals were repeatedly struck by bullets but fought on despite their injuries.

The incident prompted a call for the FBI to adopt a new medium weight pistol caliber with greater energy than the nine millimeter round then used by the bureau. The FBI rushed to adopt the 10 millimeter (.40 caliber) Norma cartridge but then transitioned to the .40 Smith & Wesson round. The .40 S&W round gradually became the go-to cartridge for law enforcement, with up to seventy percent of police and sheriff’s agencies using it over the nine millimeter round.

The Ruger SR40c is one of many semi-automatic handguns using the .40 S&W round. The SR40c is the SR9 handgun adopted to the compact size category and modified to carry the .40 caliber round. The gun is 6.85 inches overall with a barrel length of 3.5—about average for its compact contemporaries. The barrel has six grooves and a 1:16 right-hand twist for stabilizing popular .40 loads. It has an overall height of 6.81 inches and measures a slim 1.27 inches wide.

The SR40c is a recoil operated, locked breech handgun. It features a double stack magazine carrying fifteen rounds of .40 S&W ammunition, plus an additional round in the breech for a total of sixteen rounds. Aiming is via standard three dot sights, adjustable for elevation and windage, and both front and rear sights can be removed and replaced with aftermarket parts. It also has a built-in Weaver rail for attaching weapon lights and aiming lasers.

The SR40c is a two-tone handgun, with a frame made of brushed satin stainless steel and a black glass-reinforced polymer frame. This results in a pistol that weighs just 23.4 ounces. The combination of lightweight, compact dimensions, and a dehorned exterior—that won’t get caught on clothing while being drawn—results in a handgun that strongly lends itself to carry.

The SR40c has several features to ensure safe operation. The pistol includes a firing pin block safety to prevent accidental discharge if dropped, and a magazine disconnector that prevents it from firing if a magazine is not inserted in the mag well. It also features, like a Glock handgun, a trigger safety. Going one step beyond Glock—and like many Ruger handguns—it also has an ambidextrous manual thumb safety.

Ruger’s .40 caliber handgun is also left-handed shooter friendly, with ambidextrous magazine releases and thumb safeties. Rather than include backstraps of separate sizes, the SR40c has a single reversible backstrap for hands of different sizes. The pistol’s ergonomic features are rounded out by aggressive slide serrations for a positive grip when racking a round.

The SR40c is a capable handgun backed by the .40 S&W round, making it one of the most powerful concealed carry handguns available today. For those gun owners that feel the need for a compact handgun in a caliber greater than nine millimeter, the SR40c delivers.