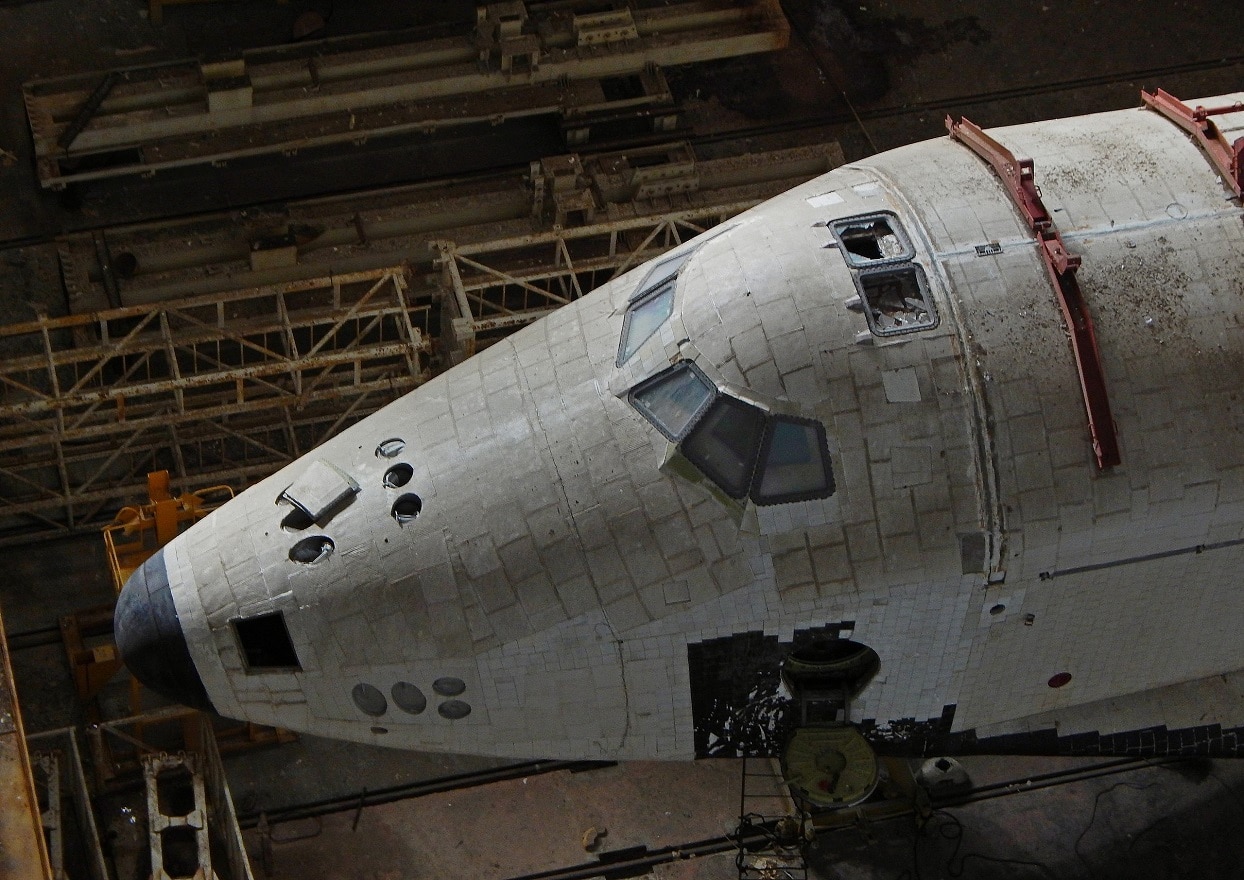 The intense rivalry between the United States and the Soviet Union pushed the two countries to compete, not only on Earth but throughout the solar system. Good ideas, or perhaps more accurately good ideas at the time, were frequently imitated as long as they garnered prestige for Washington or Moscow. Of all the ideas that were copied during the Space Race, none were as curious—and blatant—as the Soviet Space Shuttle.

The American Space Shuttle program was designed to create a spacecraft that could act as an inexpensive, reusable connector between Earth and low Earth orbit. The shuttle was capable of carrying military and civilian payloads into space, acting as a laboratory for science experiments, and ferrying crews and visitors to orbiting space stations. The reusable nature of the shuttle program, which had named spaceships that carried out dozens of missions during their lifetimes, was a source of great pride for the United States and an example of American “soft” power.

The temptation for the Soviet Union to create a shuttle system of its own was too great, and work began in the mid 1970s, before the American spaceplane even flew. Moscow also had a practical, direct reason to build a reusable space plane: its Salyut series of space stations, and later the Mir space station, would benefit from having an inexpensive transport system capable of resupplying and even expanding the country’s semipermanent outposts in space.

Moscow had known for years that Washington had been tinkering with winged, reusable spacecraft. Designs such as the X-20 Dyna-Soar had tipped America’s hand. The Space Shuttle project was approved in 1969, boosted by NASA’s success with the Apollo moon landing. That the Soviet space program didn’t immediately embark on its own shuttle program is curious; it may have had reservations about the technical feasibility of a reusable space plane.

By 1976, the Americans already had two shuttles under construction—the prototype Enterprise and the first fully operational shuttle, Columbia. The Soviet leadership, perhaps buoyed by American confidence in the project, authorized the Buran (“Snowstorm”) program in February 1976. The Buran program was actually a two-part program, to develop the space plane itself—also named Buran—and a new booster, Energia, that would carry it into space. The Energia rocket was designed by NPO Energia to function as both a heavy lifter and carry the spaceplane into orbit.

Energia was designed to be a two stage rocket, with the first stage consisting of four RD-170 booster rockets and a core stage of four RD-0120 engines. The rocket had an overall mass of 5.3 million pounds, and could lift an amazing (at the time) 110 tons into low earth orbit. Energia’s first flight, on March 15, 1987 was to carry the Polyus-Skif experimental laser weapon into space. While the launch itself was successful, Polyus-Skif inadvertently pitched itself in the wrong direction, crashing back into the Pacific Ocean.

Meanwhile, engineers proceeded with work on the Soviet shuttle. The two spacecraft were externally identical, both in dimensions and key features. Buran had the same delta wing at the same angle, the same shaped nose and the same orbital thrusters in the nose and other key locations. The Soviet program had the benefit of American shuttle blueprints obtained by the KGB. At its peak, more than 150,0000 engineers, scientists and others worked on the Buran project.

One key difference: while the American Space Shuttle had three Space Shuttle main engines that would provide thrust at liftoff, Buran lacked main engines altogether. The Space Shuttle used a combination of these three engines and a pair of solid rocket boosters to achieve orbit. Buran, on the other hand, relied upon Energia to do all the heavy lifting. Buran was, for all intents and purposes, an unpowered glider, with only small thrusters to adjust its orbit in space.

Another difference between the two craft was that while the American shuttle would actually be flown by an astronaut pilot during reentry, the Soviet Shuttle would land entirely on autopilot.

The first Buran launch was scheduled for October 29, 1988. It being a test flight, Buran didn’t carry any cosmonauts on board. A launch pad gantry failed to retract in time, causing the rocket computer to cancel the launch. The second attempt on November 15 was a success, and after a brief one-hour orbit, it successfully landed back in the Soviet Union—one second later than planned. 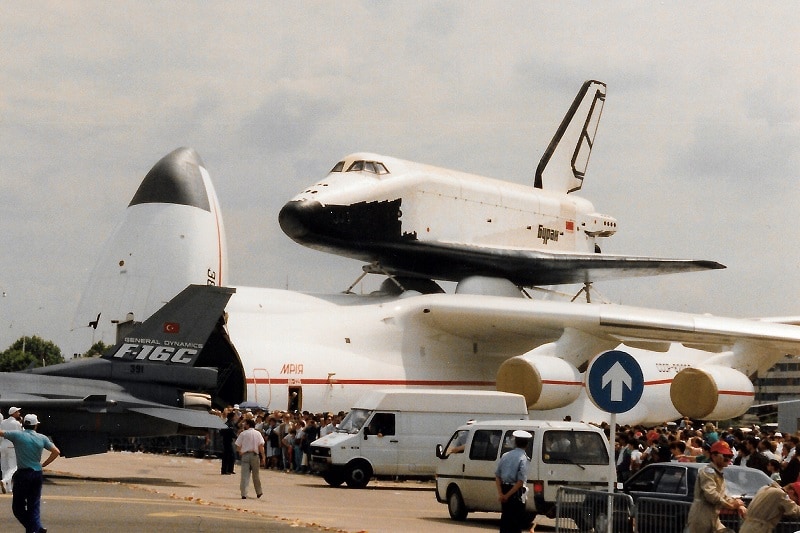 The Buran program was judged a success and would likely have continued had the Cold War carried on. Unfortunately, it suffered from poor timing: the Soviet Union had already begun a serious, ultimately fatal economic decline, and Buran never flew again. NPO Energia did not survive the collapse of the USSR, and the remaining three shuttles were abandoned. Buran itself was destroyed at the Baikonur Cosmodrome in 2002 when the hangar housing it collapsed. Another shuttle is also located at Baikonur, and a third rests at Zhukovsky Air Base near Moscow. The Buran program, which once involved the hard work of so many talented individuals and so much of the USSR’s treasure, is now a footnote in space history.