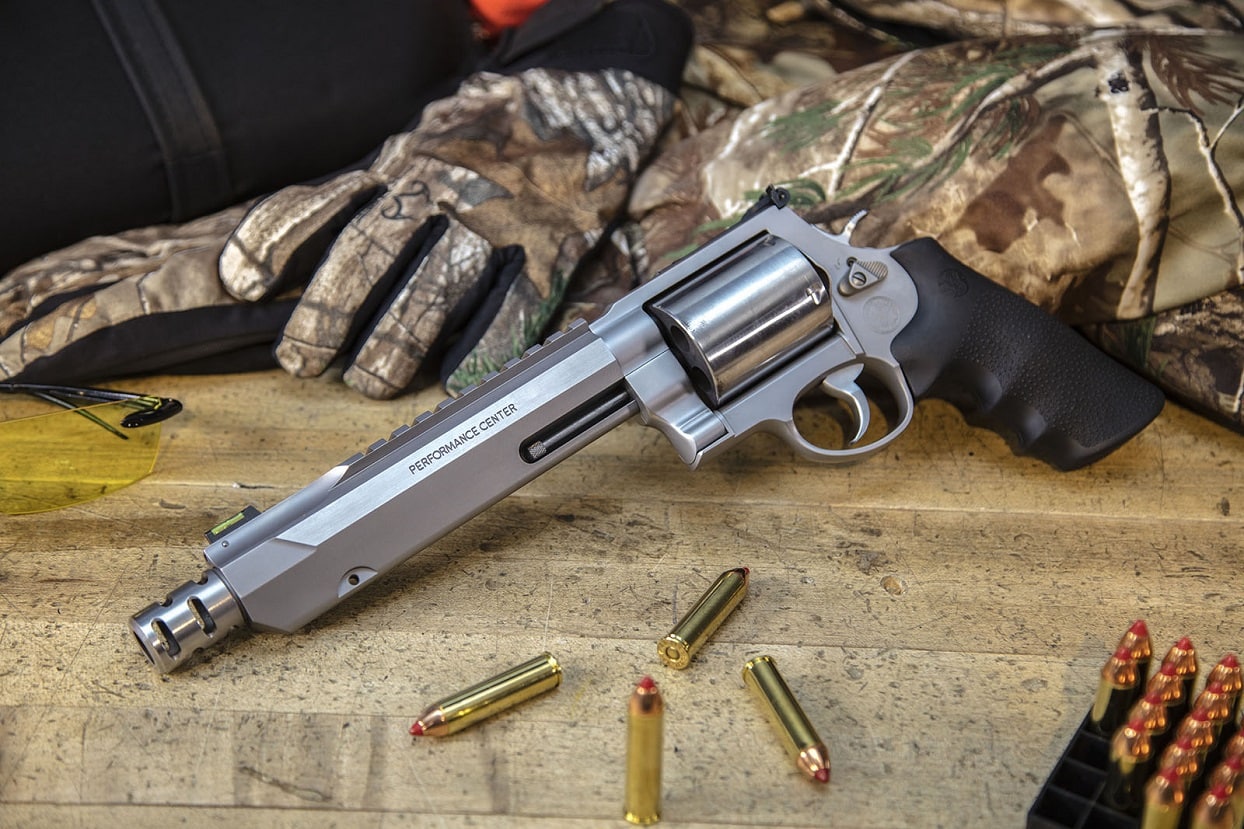 In the world of firearms, there are plenty of boutique guns and calibers out there. Many are very powerful, but may have a very small market audience. Among the unique class of very, very big handguns, the Smith & Wesson Model 500 packs both popularity and power in a ridiculously lethal package, with a killing power equal to high-powered rifles . . . and a recoil described as “beastly.”

For years, the Smith & Wesson Model 29 handgun held the crown of the most powerful handgun in mass production. Chambered in .44 Magnum, the Model 29 was useful as a hunting sidearm and by itself for hunting medium-size game such deer and wild pigs. Outside of hunting, it was popularized as the “Dirty Harry” gun, used by Police Inspector Harry Callahan in cleaning up the streets of San Francisco. The .44 Magnum became incredibly popular and was a staple of the Smith & Wesson handgun line for decades. It was also the most powerful handgun in mass production—that is, until the introduction of the .50 Action Express round and the accompanying .50 caliber Desert Eagle handgun.

In 2003, Smith & Wesson announced a new handgun and caliber that would rock the firearms industry, cementing its position as manufacturer of the most powerful handguns in the world. The company released the .500 Magnum cartridge and Smith & Wesson Model 500 handgun. The revolver holds up to five half-inch thick cartridges, each of which packs the same energy in foot pounds as a .308 rifle cartridge.

In fact, with the right ammunition loads, .500 Magnum compares favorably in energy to the .308/7.62×51 rifle bullet. A typical .308 bullet will have a weight of 168 grains (.38 ounces) and deliver 2,650 foot pounds of energy. At 350 grains, a similar .500 Magnum round will weigh more than twice as much and deliver 2,491 foot pounds of energy. The rifle bullet’s advantage is that, travelling 1,200 feet per second faster than the pistol bullet, it has substantially better range.

No ordinary handgun could withstand the trauma of firing a .500 Magnum bullet, and rather than stuffing the round into an existing frame Smith & Wesson invented a new frame size: the X Frame. A Model 500 handgun with a standard 8-3/8 inch barrel has an overall length of fifteen inches and weighs 4.5 pounds empty—the equivalent of three Glock 17 pistols. The Model 500’s cylinder is two inches wide, compared to the 1.18 inches of the Glock, and holds just five .500 Magnum bullets.

The Model 500 is well known for its recoil. Muzzle rise can reach ninety degrees—in other words, unless care is taken, a shooter may find his Model 500 pointing straight up in the air after a single shot. This can be hazardous to an inexperienced user and discourages rapid fire. The Model 500 is one of the few handguns that comes optional from the factory with a muzzle brake that reduces felt recoil and make follow-up shots easier.

What is such a difficult handgun good for? The Model 500 is not for home defense: not only is the round overkill, it is too heavy and deafening when shooting indoors. (Many indoor gun ranges in the United States ban .50 caliber pistols as a source of irritation to neighboring shooters.) Some gun owners buy it simply for the challenge of managing the gun’s recoil and having the most dangerous revolver. It has no value as a military weapon.

What the Model 500 is good for is as a sidearm for hunters chasing very large game, particularly in administering the coup de grace to dangerous, wounded game. The giant revolver is also useful for hunting any animal a .308 hunting rifle can ethically take, albeit at closer distances. The use of a heavy recoil revolver adds yet another dimension to big game hunting. While the Smith & Wesson Model 500 will never achieve Glock-like levels of popularity, it was never meant to, and may never be eclipsed. The epitome of pistol power, the Model 500 is in a class by itself.