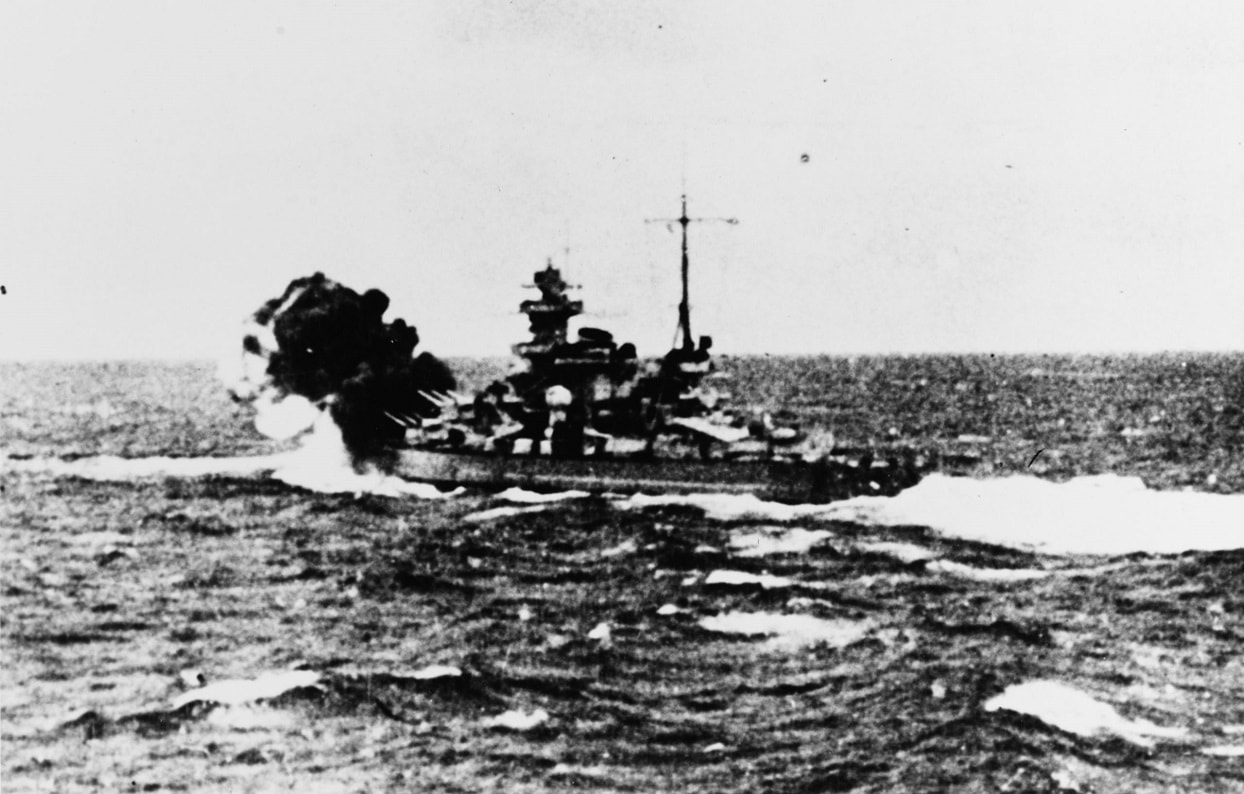 If you are the captain of an aircraft carrier, these are the words you do not want to hear: “Enemy battleship in sight!”

Yet on June 8, 1940, the British aircraft carrier HMS Glorious discovered why carriers should need to stay far away from enemy surface fleets. The Glorious encountered not one, but two German battleships off the Norwegian coast. What ensued was a disaster that cost the lives of more than 1,500 sailors.

Not that the Glorious was ever a lucky ship. Built in late 1916 as a battlecruiser, it did manage to avoid the fate of its three sisters that blew up at the Battle of Jutland. However, one of its fifteen-inch guns exploded at the Second Battle of Heligoland Bight in 1917, when a shell detonated in the barrel.

In 1930, the Glorious was converted into an aircraft carrier, just as the U.S. Navy did with the Lexington and Saratoga. Battlecruisers had proven fragile in World War I, but they could travel thirty knots and had large hulls suitable for planting a flight deck on.

However, the bad luck of the Glorious continued. On April 1, 1931—April Fools’ Day—the carrier was sailing through fog when it rammed the French ocean liner Florida. The Glorious lost one sailor, and the Florida lost twenty-four passengers and crew.

The worst was yet to come. The Glorious was committed to the Norwegian campaign, perhaps the rock bottom of the Royal Navy’s performance in World War II. On April 9, 1940, the Germans launched an amphibious invasion of Norway. It was an invasion that should never have have succeeded: the German Kriegsmarine, heavily outnumbered by the British fleet and operating relatively close to British naval bases in Scotland, should have been wiped out.

Yet the Allied response was confused and lethargic. Though the German navy suffered heavy losses that would come to haunt it when planning an invasion of Britain in the autumn of 1940, German amphibious troops and paratroopers still managed to secure Norwegian ports and airbases. Under relentless Luftwaffe air attack, the British and French landed a few battalions of troops and a handful of aircraft, which accomplished nothing and had to be evacuated by late May.

In early June, the Glorious was ordered to sail off the Norwegian coast, as an floating airfield to evacuate the few surviving Royal Air Force Gladiator and Hurricane land-based fighters in Norway. At least that part of the operation was successful: the Hurricanes made the first-ever landing on a carrier of fast monoplane fighters that were not equipped a tailhook. However, to make room for the RAF aircraft, the Glorious itself only carried nine Sea Gladiator fighters and five Swordfish torpedo planes.

Demonstrating again why the Norwegian campaign was such a fiasco, the Glorious was ordered to proceed to the main Royal Navy at Scapa Flow to conduct a court martial of the carrier’s air group commander, who had refused to send his obsolete planes against land targets. The Glorious was apparently an unhappy vessel, with a tyrannical captain and feuding officers.

Just why anyone would think to sail an aircraft carrier into a combat zone, while escorted by just two destroyers, is a mystery. Geirr Haarr, author of The Battle for Norway: April–June 1940, suggests “the lack of German surface and subsurface initiatives over the previous few months had made the Admiralty and most of the senior British officers too relaxed about the likelihood of attacks from the Kriegsmarine outside the Skagerrak. This was the Glorious’s fifth mission to Norway, and the carriers had for quite some time made the four-hundred-mile round trip to northern Norway with only a limited destroyer escort.”

But not this time. At 3:45 p.m. on June 8, funnel smoke from the British force was spotted by the Scharnhorst and Gneisenau at a range of about thirty miles. These modern ships, built in the 1930s, were either battleships or battlecruisers, depending on how you looked at them. Either way, they were more than a match for a carrier and two destroyers.

Incredibly, the Glorious had no scout planes or combat air patrol fighters airborne, nor even lookouts posted. No planes were even on the flight deck ready for launch, and no aircraft were prepped until the Germans actually opened fire. The destroyers Acasta and Ardent were sailing close to the carrier, probably guarding against U-boats, rather than scouting ahead to warn of German surface ships. None of the ships had radar—still a novelty in 1940—and some of the boilers on the Glorious were down, reducing its speed.

Such sloppiness against a foe as formidable as the Germans would not go unpunished. The German battleships closed in at more than at thirty knots. The British destroyers attempted to lay smoke to cover the carrier’s withdrawal, while the Glorious belatedly tried to launch aircraft.

It was all too late. The German battleships opened fire with their eleven-inch guns at a range of fifteen miles.

Within minutes the bridge of the Glorious was hit and the captain killed. In best Royal Navy tradition, the little Ardent headed toward the German behemoths “By this time,” Haarr writes, “Lieutenant Commander Barker can have been in no doubt as to what he was facing and must have realized that the best he could do was to attack the two battleships, trying to give Glorious and Acasta some time to escape to the south.”

Indeed, the executive officer of the Scharnhorst recorded that the Ardent “attacked with torpedoes and endeavored in an extremely skilful manner to escape the effective defensive fire of the medium guns of the battleships by constant alterations of course. She fought with a dash which was outstanding in a hopeless situation. The destroyer received numerous hits and finally went down, steaming at high speed with her engines apparently undamaged and firing her forward guns to the last.”

Nor was her sister Acasta to be outdone. Even while being pulverized, the second destroyer  managed to fire a spread of torpedoes, one of which severely damaged the Scharnhorst.

All to no avail. The German ships caught up with the Glorious and pounded it until it sank, along with her escorts (there was only one survivor from Ardent). Inexplicably,  no distress signal was received by British Admiralty, possibly because the Glorious and the destroyers had their radios set to the wrong frequency. A nearby British cruiser, the Devonshire, did pick up a signal. But the cruiser was carrying the Norway’s King Haakon to safety in Britain, and Vice-Admiral John Cunningham—one of the best of Britain’s admirals—decided that his foremost duty was to protect the king.

In the freezing waters of the North Sea, 1,519 men perished.

Inevitably, a comparison will be made between the tragedy of the Glorious, and the epic battle at Samar in October 1944, when four Japanese battleships and six heavy cruisers surprised a U.S. task force of six small escort carriers protected by just seven destroyers and destroyer escorts. Though the Americans should have never have been caught in such a position, only two carriers were sunk (and one of those by a kamikaze rather than gunfire) along with three escorts. And they managed to sink three Japanese cruisers.

However, the circumstances were very different. The U.S. task force, backed by aircraft from other carrier groups, was able to throw four hundred modern planes at the attackers. The Glorious had fourteen obsolete aircraft. More importantly, the Japanese fleet was cautious and confused. The Germans went for the kill.